Grab The Substance And Leave The Shadow 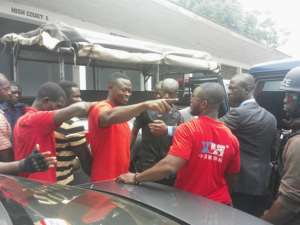 Every educational institution has a motto which seeks to influence the lives of students who pass through those institutions. I am a proud member of the Mmarima Mma family, and our motto, Educate for Service, means a lot to me. Aside this, Esse Quam Videri, the motto of Accra Academy excites me so much, and that is what I want to use as the theme for this article.

Esse Quam Videri is a Latin phrase meaning: "To be, rather than to seem". In other words, it’s good to be the substance than the shadow. “Shadow” can’t be relied on, it’s similar to “lakadis-lakadas”.

Chasing a shadow is a vain venture. A shadow or vision by its very nature is an imperfect imitation of the real thing; Nana has been talking about vision all this while — Ghana beyond this and that; so-so shadow-shadow. Nothing to hold on to.

The truth remains that the current scale of Ghana’s economy is not difficult to measure at all. It’s tough, and this is completely opposite what the people of Ghana expected because of the numerous promises the current government made when they were in opposition. As for promises paa di333, Nana has made some paa; some of them are completely out of the realm of importance, and this has mind-bending implications.

Who whispered One Child, One Chocolate? I don’t want any trouble oo, in these days of insecurity, anything is bound to happen oo. But come to think of it, BBC doesn’t respect koraa, why should they nickname my uncle King Promise in one of their pidgin news items some months ago? And I hear they want to make him the Vice Chancellor of the Free Somniferous School of Promises (FSSP), who born dog. I’m an Akyemkwaa who drinks from the Birim River, kikikikikiki, we won’t sit down for Okyeman to be destroyed.

Anyway, it is exceedingly apt to note that the people of Ghana are losing pieces of their lives with each passing day; I’m going to explain without a nanosecond hesitation, and my reason for that is absolutely valid. There is enough pent-up demand on Akufo-Addo/Bawumia government to honour its numerous promises some of which were not only spurious, but lies, you may call them political talk.

This has left a niggling disappointment among Ghanaians; they have been seized by a fit of change, and it’s always more obvious to me that Nana and his team with their increasing arrogance, amplitude of power and monumental disappointments are walking on quicksand; kikikikikiki, I’m only connecting the dots oo, I don’t want any Invisible Distin or Delta Something wahala.

On a more serious note, I’m not pettifogging, things are kludgy; there is now a new battlefield between substance and shadow; between reality and perception, and I’m pushed to this probably unpleasant conclusion that Ghanaians are obviously underwhelmed by their choice of president; they have a better story to tell about John Dramani Mahama’s infrastructure legacy: and would want to go by Accra Academy’s motto: Esse Quam Videri, by grabbing the substance and leaving the shadow in 2020.