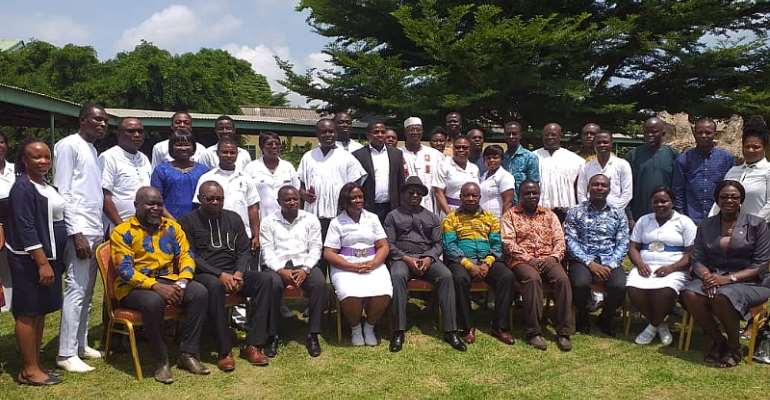 The Hohoe Municipal Hospital will soon be upgraded to a Regional Hospital, Kweku Agyeman-Manu, the Health Minister has announced.

The Minister who announced this during his tour of the Municipality told the Chiefs and people that cabinet has given the approval for Hohoe to become a Regional Hospital.

The Minister, since Monday, June 10, 2019, has been touring the Volta Region to familiarise himself with operations in the region.

His visit is part of a series of visits from experts from the Ministry to assess the current facility to see how the upgrade can by fully implemented.

The 62-year-old Hohoe Municipal Hospital is a 178 bed capacity with 467 staff, including 107 casual staff.

The Hospital according to the Municipal Director of Health Services, Dr Felix Doh has the highest Out Patient Department (OPD) attendance in the region which stands at about 112,000 annually.

The Hospital’s location, which is central to the Oti and Volta Regions makes it a major referral point especially from the Oti enclave.

The Medical Superintendent, Dr. Pius Mensah who welcomed the elevation said his team will do everything in their power to ensure the upgrade is worth it.

He however complained about inadequate accommodation for staff and specialists for other health services.

He also complained that wages for the 107 casual staff was having a huge toll on their Internally Generated Funds.

Responding to the concerns, the Health Minister assured that with the hospital’s new status most of their concerns will be addressed.

He however encouraged them to psyche themselves and begin to operate like a Regional hospital.

“That way, the mental transformation will ensure a seamless infrastructural, personnel and services transformation” the Minister added.