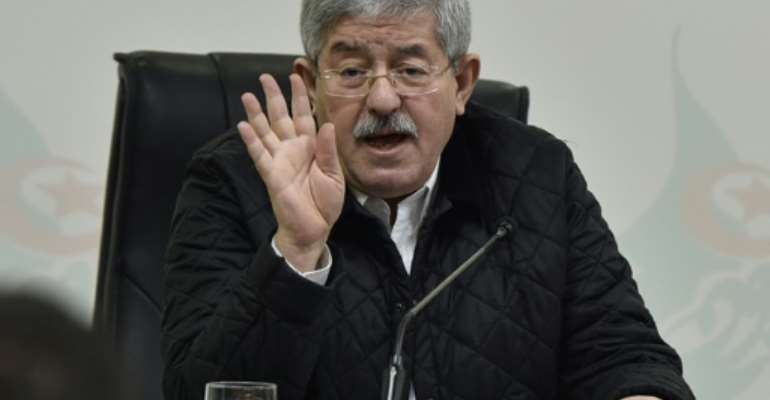 It said a judge at a hearing ordered Ouyahia, 66, to be held in provisional detention at El Harrach prison, an eastern suburb of Algiers, without giving details.

The ex-premier is the latest prominent figure to be caught up in fraud probes since ailing president Abdelaziz Bouteflika was forced to step down on April 3 following weeks of mass protests.

The television said a former public works minister, Abdelghani Zaalane, appeared like Ouyahia before a supreme court judge on Wednesday, but it did not give the outcome of his hearing.

Ouyahia, an unpopular figure, served four times as prime minister from 1995, three of them during Bouteflika's two-decade rule.

He was finally abandoned by his longtime master on March 11 in a last-ditch bid to hang on to power.

After pushing Bouteflika to quit, protesters have kept up their rallies, calling for a complete overhaul of Algeria's political system, improved living standards and the eradication of corruption.

Ouyahia and Zaalane are on a list of 12 former top officials whose cases have been submitted to the supreme court as part of a corruption probe against business tycoon Ali Haddad.