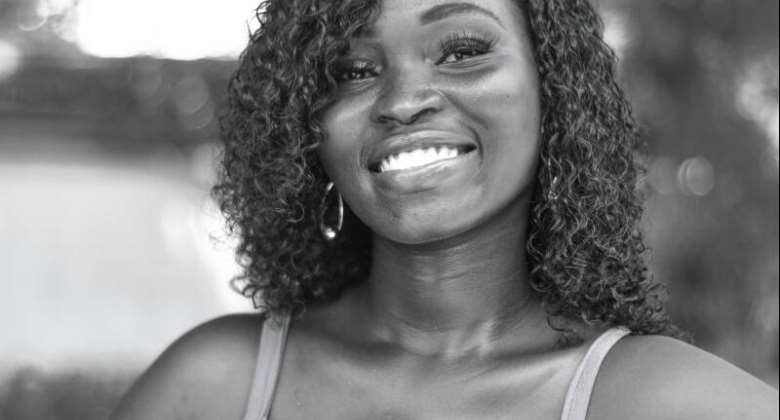 The power to put yourself on your toes lies in the ability to put yourself in the shoes of others and Boakye Agnes Edna is one who has done so perfectly. She is the immediate out gone (2018/2019) Women’s Commissioner of the Ghana Institute of Journalism’s Students Representative Council.

Slightly over a year ago students of the Ghana Institute of Journalism were given the opportunity to exercise their franchise and elect a new set of leaders to manage their affairs . Well if that wasn’t their aim, that is what the slogan of the council said: students interest is Paramount.

Hopes were raised high for the 2018/2019 “Kumandinkra” administration due to the campaign promises they made and even more convincingly how implementable they made it look like.

The obvious question for the just ended “Kumadinkra” administration is how did they fair but the answer to this question is too obvious for me to answer. Emmanuel Kumah being hooted at, at the handing over ceremony for the newly elected SRC president Joseph Agbezuke to take over the ruins of his administration when he mounted the podium to deliver his handing over speech is enough a tangible evidence to show how that SRC performed.

Regardless of the fact that I have lost hope in student leadership and in spite of the alleged misappropriation of students funds during Emmanuel Kumah’s administration, the office of the Women’s Commission of this same self-centered body of an SRC proved otherwise.

Talk about changing the narrative about the WOCOM office being seen as a special office for women who have been seen to not want to contest with men for the other offices, Boakye Agnes Edna has proven to be the Yaa Asantewaa who could have actually won the war people who regarded themselves as men have refused to fight.

So while other offices have refused to deliver their promises, she did what Napoleon could not do by fulfilling her promises and bringing other projects on board. And because a king is nothing without his kingdom she used her “Open Door Policy” to roll out a Women’s Commission Open Day to open up to student’s views via suggestion boxes amidst free drinks and Kelewele.

Image is everything and definitely more than an identity. She begun her works by rebranding the Commission and getting it a brand identity through the maiden introduction of a logo and a press release. She designed an official letter head for the commission and made the commission something it has not been in forever; vibrant. She gave the office of the Women’s commission a total makeover that has been long overdue. She did this and it did not just end there; she proved that branding is more than a logo with the works that followed after.

When it comes to empowerment, there were personal development conferences organised by the commission including mobilising students for the International Women’s Day Celebration and RAD AFRICA’s Tertiary Women’s Summit. She brought on board free skills training workshops where students were taught the art of bead making, soap making and make-up artistry. Edna empowered the voices of students especially females who suffered harassment form lecturers through the “Speak Up Campaign“. A case testified of a student who got her grades changed from an unfair “E” to a deserved “A” after the commission gave her the support to speak up.

With the aim of improving sanitation of the institute, she provided washrooms with soaps that students made from her free skills training and provided soap dishes in all washrooms. She went further to paint all the washrooms of the ground floors while providing each of them with toilet roll holders, doormats and other toiletries which were put in charge of someone to stock places of convenience at regular intervals.

In the month of October, under the beautiful mantra of “The Pink Agenda “she raised awareness about breast cancer and embarked on a free breast cancer screening on campus. Working for the interest of both male and female she partnered with Face of GIJ 2018, Leticia Khadijah Aikins and brought to campus a testicular and cervical cancer screening.

Bearing in mind that there is a need for students to be prepared for life outside the university, in a partnership with Echo of Leadership, she birthed a counselling idea where a one-on-one counselling session was held between interested students and Anita Erskine. She also organised a personal development conference; all of these in an attempt to provide career guidance and mentorship for students.

Despite the inability of the institute to provide sporting facilities to enhance sportsmanship due to lack of space Edna brought the Official Mascot for the Women’s African Cup of Nations (CAF) to campus ahead of the Women’s AFCON and mobilised students to the stadium to support the Black Queens during the AFCON. She partnered with the Organising Secretary, Kwabena Ferry to telecast live, the match between Chelsea and Manchester United with a side attraction of free drinks.

Talk of entertainment, the Women’s week celebration took an unprecedented turn during her tenure of office. Without receiving the required financial support from the students funds as former president Emmanuel Kumah refused to provide her with the budgeted amount, she organised the Women’s Week Celebration.

Under The Theme, “She For Her; The Role Of Women In Achieving A Balanced World“, she rebranded the Women’s Commission Week Celebrations as WOFEST 2019with only GH¢5000.00 from students fund. There was an outdoor launch of the week, daily WOFEST Quotes from women on campus, Girl Code with Live Fmand the Lady Flower monologue with Vanessa Gyan and friends.

The first ever women’s awards in GIJ dubbed the Oheneyere Gifty Anti Women of GIJ Awards was also birthed by the best WOCOM by far, Boakye Agnes Edna. Themed; Celebrating the greatness in small beginnings, ten outstanding women were awarded, senior female lecturers and staff were recognized and Oheneyere Gifty Anti was also honoured. With crystal plaques and citations to all the women honoured, the Women’s awards according to her, is to empower women through recognition and celebration.

During the face of GIJ 2019 which was themed promoting communication excellence through pageantry, power point presentation of projects by contestants was introduced for the first time and media tour with delegates while the night of the grand finale was graced with performances by Lil Shaker and Eazzy.

Being a person who have always believed in holding leaders accountable she commissioned the “We Have the Right to Know Petition” asking for accountability from student leaders she was suppose to serve fellow students with and called for the maiden WOCOM Press Conference after which over 1000 students signed a petition to have a proper audit of the students accounts after years of no proper account leaving management with no choice than to handle the matter.

The 2018/2019 Boakye Agnes Edna led Women’s Commissionadministration was given the same tenure of office as any of her predecessors, however in the midst of misappropriation of funds by her fellow student leaders, she stood her grounds and delivered her service to student who gave her the power to do so.

With transparency in all her dealings she saw the financial constraints caused by the “KumahDinkra” administration as no excuse to not deliver and even do so beyond her campaign promises. She has been in office no longer than what she was given; an academic year, but it is indisputable that Miss Boakye is the best WOCOM by far.