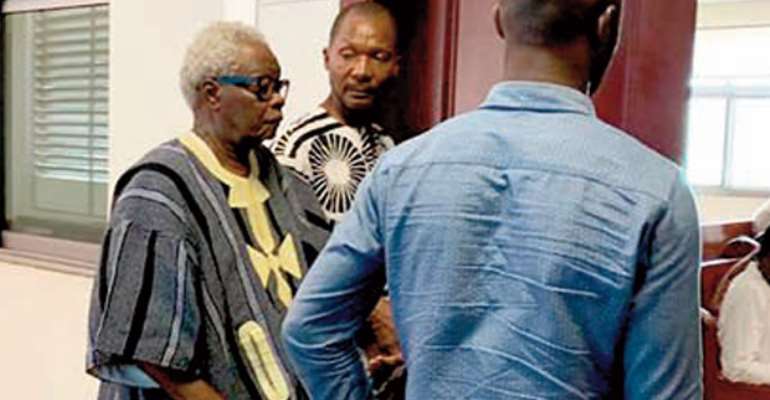 State prosecutors say they have found new evidence in the trial of nine persons, who were arrested and put before court for calling for the secession of the Volta Region and the Eastern Corridor from Ghana.

Fred Awindago, a state attorney, who made the disclosure before the trial court, stated that they would need time to continue with the trial, but did not disclose the new evidence.

“New evidence has come to the attention of the prosecution, therefore, we will need time to prosecute this case,” Mr. Awindago told the court presided over by three judges.

Eight members of Ho-based Homeland Study Group Foundation were initially arrested on May 5, 2019, by a combined military and police team recently in Ho where they were said to be holding a secret meeting to carry out their nefarious activities.

They were flown to Accra and later put before an Accra High Court on the charge of treason.

Other charges include abetment of unlawful assembly and offensive conduct conducive to the breach of peace.

They were said to have in their possession a constitution and emblem which they intend to use for their new country.

A military officer based in the Volta Regional capital, Ho, was later arrested and put before the court for aiding members of the group.

Sergeant Kpogli Samuel Kwabla is alleged to have leaked information to members of the group, who were in a meeting to allegedly plan to declare independence on May 5 and hide their weapons due to a pending search by a joint police and military team.

Meanwhile, the court has granted the other eight members of the group bail in the total sum of GH¢800,000.

This was after their lawyer, ATP Akaba, prayed the court to grant them bail for the trial to continue.

Making his application for bail, he told the court that the accused persons are all Ghanaians, who have been incarcerated for a number of weeks.

According to him, his clients are gainfully employed and would not interfere with investigations or trial when granted bail.

He added that they have people who are willing to stand surety for them to ensure that they unveil themselves for the trial.

The prosecution did not oppose the grant of bail, but prayed the court to set the conditions that would compel the accused persons to avail themselves for the trial.

They are to provide two sureties each, one to be justified.

As part of the bail conditions, the investigator is to verify the physical locations of all the accused persons, as well as the sureties before the bail band is executed.

Again, the accused persons are to report to the Criminal Investigations Department (CID) every Monday and Thursday until otherwise ordered.

Founder and leader of the group, 85-year-old retired educationist, Charles Kormi Kudjordji, has already been granted bail in the sum of GH¢250,000 with two sureties, one to be justified.