...what President Akufo-Addo said is no doubt 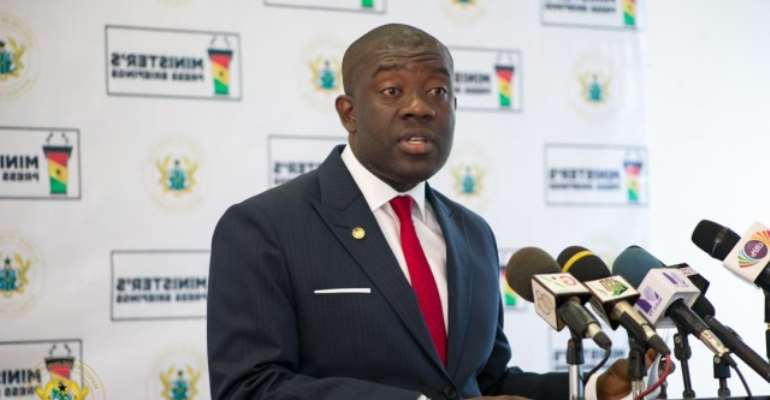 Information Minister Kojo Oppong Nkrumah has slammed critics who have taken issues with President Akufo-Addo's recent comments on women, saying the Ghanaian leader’s commitment to women empowerment is not in doubt.

Interestingly, records show that President Akufo-Addo has appointed more women than any other President in Ghana's history.

Setting the records straight, the Information Minister said the President's empowerment of the girl-child through education, for example, is to allow her to compete on equal terms by preparing her for the future.

However, 30-year-old Arab feminist, Alaa Murabit, disagreed with President Akufo-Addo, saying many women are already empowered but have been suppressed by systematic structures that close doors to them.

President Akufo-Addo responded swiftly to her claim, pointing out that “what you are saying will not open doors.”

The President insisted that more women should be empowered to rise to the level where they can make decisions about their societies, nations and the world in general just like their male counterparts.

Mr. Oppong Nkrumah said, “President Akufo-Addo chose the path of the hard truth, which may sound unpopular to feminists, but remains a fact that in the gender parity journey, we could do with a lot more dynamism where it matters most.

“As the President postulated, talking up the subject and campaigning for same are all laudable.”

“He made the point that if women don't, for instance, put themselves up to be elected as candidates, then it's difficult to have a majority of them as ministers because at least half of his ministers per the Constitution must come from the legislature.”

Friedrich Ebert Stiftung, in partnership with the Institute of Local Government Studies, has recently published an analysis entitled: “A Gender Analysis of Political Appointments in Ghana since Independence”.

It said in the 2016 election, for example, only 137 females contested parliamentary positions out of the 1,258 candidates for the 275 seats,” Mr. Oppong Nkrumah said.

“The 52 per cent of women in Ghana in the opinion of the President must count for something here,” he said.

The analysis suggests that on the average, women representation in leadership positions in Ghana has hovered around 12 per cent across various administrations since independence, according to the minister.

The President's argument is that there must be more dynamism here in getting more women to put themselves up for office where it matters most. President Akufo-Addo has done a lot to amplify and empower women, he said.

“He has appointed the first female Chief of Staff, and ensured that the positions of Chief Justice and cabinet secretary are filled by competent women. Thirty-six of his MMDCEs, as well as several top executives of State-owned Enterprises, are now women."