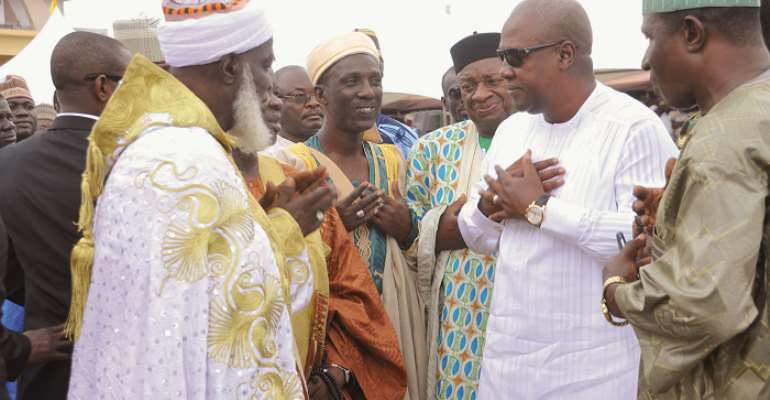 Today, Wednesday, June 5, 2019 which marks the end of Ramadan, as such Former President of Ghana, John Dramani Mahama has prayed for Muslims, asking Allah for maximum protection and guidance as they celebrate the Eid al-Fitr today.

The former president in a Facebook post seized the opportunity to congratulate Muslims in the country for being faithful to Allah throughout the fasting period.

Eid al-Fitr was originated by the Islamic prophet Muhammad. It is observed on the first day of the Islamic month of Shawwal at the end of the month of Ramadan, during which Muslims undergo a period of fasting.

Celebrations often begin with a special morning prayer in mosques and open spaces and later move on to feasting.

However, in Ghana, the National Chief Imam, Sheikh Dr Osman Nuhu Sharubutu leads Muslims to pray at the Independence Square in Accra.

W/R: Five wounded after residents of Ampatano and Kamfakrom ...
59 minutes ago