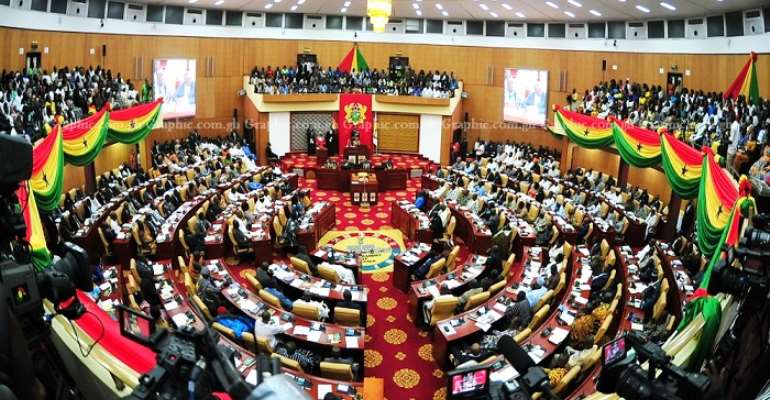 Forest Watch Ghana (FWG) a coalition of non-governmental organizations focused on improving forest governance and advocating for the protection of the environment has called on the government of Ghana to be prudent when bagging loans from China.

A communiqué issued by the NGO indicates that Chinese loans/funds are not for free and that the payback time will soon catch up with Ghana, therefore, the Government should apply wisdom whenever it sign up for Chinese loans.

The organization added that “Experience from other African countries indicates that the Chinese do not take kindly to default and will confiscate national assets of defaulting countries, they are very shrewd and would not mind bending the rules to their advantage or bribe their way through”.

We members of Forest Watch Ghana (FWG), a coalition of 32 non-governmental organizations and individuals, having met at our Annual General Meeting (AGM) from 26th to 30th of March, 2019, at Aknac Hotel, Adjiriganor in Accra;

And having considered and discussed some crucial issues within the country’s forestry sector, including: the gradual conversion of the Kalakpa Nature Reserve from a Wildlife Protected Area to a logging hub; the need for consolidating the laws of the forestry sector; conversion of Globally Significant Biodiversity Areas (GSBAs) to logging areas; the on-going tree tenure reforms; the resurgence of illegal mining vis-a-vis the recent exposé on galamsey by Tiger Eye PI, the ace investigative journalism organisation; and the rather low appreciation for ecosystems/biodiversity services and values by the general populace;

And taking cognizance of the ban on rosewood harvesting vis-à-vis the progress made on the implementation of the Voluntary Partnership Agreement (VPA) between Ghana and the European Union on trade in only legal timber under the Forest Law Enforcement, Governance and Trade (FLEGT) initiative;

We note with concern and disappointment the worrisome reports of truck-loads of timber (Rosewood and Ebony in particular) from the Kalakpa Nature Reserve, a wildlife protected area with the alleged connivance of very senior officials of the Wildlife Division. By law, a wildlife protected area cannot be logged or mined, because of the unique occurrence and endemism of flora and fauna of the area. Besides, the destruction of these ecosystems will have dire consequences for human life.

We, therefore, call on the Ministry of Lands and Natural Resources to investigate the on-going logging in Kalakpa Nature Reserve and bring the perpetrators to book.

We commend the sector Minister for placing a ban on the logging and extraction of Rosewood and wish to remind him that this will be the umpteenth time of the ban and to urge all stakeholders, particularly the Forestry Commission to ensure that the ban is made to hold this time, cognizant of the dire consequences of unrestricted harvesting of Rosewood on the environment and the Voluntary Partnership Agreement (VPA) between Ghana and the European Union under the Forest Law Enforcement Governance and Trade (FLEGT) initiative.

The government needs to be prudent in taking Chinese loans and has to make better arrangements since payback time will definitely catch up with us. Experience from other African countries indicates that the Chinese do not take kindly to default and will confiscate national assets of defaulting countries. Since the Chinese funds are not for free, we should not as a country give undue concessions at the expense of enforcement of national laws. We need to be wary of the Chinese businessman/woman; they are very shrewd and would not mind bending the rules to their advantage or bribe their way through. The country is already saddled with the involvement of the Chinese in “galamsey” or illegal mining, and Rosewood harvesting.

We are concerned about government’s silence and inaction on the exposé by the ace journalist Anas Aremeyaw on the people behind the escalating galamsey situation in the country. The silence is sending the impression that the Executive is unperturbed that top government officials including presidential staffers are behind the destruction of water ecosystems, farms, and livelihoods. This posture trivializes these criminal acts and is endangering the lives of ordinary people and eventually the entire nation. It is also giving the perpetrators the audacity to challenge Anas’ revelation with the aim of discrediting the findings. Civil Society calls on the government to act with the same alacrity with which it responded to the exposé in the sports sector since the galamsey menace is wreaking havoc on the environment and destroying the very foundation of the lives of the people.

Again, the lack of response from the general Ghanaian populace on Anas’ latest exposé has revealed a deep lack of knowledge and appreciation of the values of biodiversity and the services they provide that make life on earth possible. This attitude underlies the careless abandon with which people treat the environment. This is a disturbing state of affairs.

We, therefore, call for a deliberate national agenda to raise awareness on the importance of biodiversity and to also educate Ghanaians on the need to consciously protect our biological resources.