The Infinite Troubled History Of The Black Race 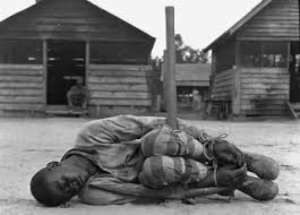 In my life, I have never feel sorry for being black because I have grown up to know the truth behind the black history- the origin of black people, the powerful African clans and its rich culture, which have been tampered with and distorted to glorify a particular race to bring shame to the black race and be considered worthless people.

However, I feel rather sorry over the helplessness of African leaders and the way some Africans view themselves by accepting to be inferior, believing Africa is cursed and therefore, have imprisoned themselves psychologically without any efforts to free themselves from this bondage and outdated harmful superstitions.

Skilled in the agricultural work of indigenous peoples, Africans became the object of an international slave trade which proved highly profitable for Portuguese, British, Dutch and French traders. They soon went on to define that institution of slavery that would dominate North America for two and a half centuries, and within which slaves were considered chattels, or "movable property", not human beings.

Already in the 1760s, in Virginia and Maryland, the law made slavery a hereditary and permanent condition for Africans.

Reversing the English legal tradition, according to which the children followed the condition of the father, the laws that declared slaves all those born of mother slaves also multiplied, laws that implicitly sanctioned the systematic practices of sexual violence on the slaves by the white masters and made them profitable, since the children of these unions followed the mother's condition, also becoming movable goods to be worked for free or sold on the slave market.

At the beginning of the eighteenth century, slavery in the United States was regulated by laws that imposed very strong limits on the lives of all blacks. Legally, slaves did not enjoy civil rights and could not vote, nor testify against a white man in court, nor own property.

They could not even marry with civil or religious rites, nor did they boast rights on their own offspring, and the scenes that show the excruciating separation of parents and children sold to different masters are very numerous in the black and white abolitionist literature.

Abraham Lincoln abolished slavery in 1862 and the civil rights and voting rights laws introduced by Lyndon Johnson in the sixties of the last century, yet both haven’t help to end to all forms of racial segregation, as well as offering equal opportunities for blacks to study and access to work in The United States of America.

The sad story or black history will not change as the year advances because we have accepted that the diseases, Acquired Immune Deficiency Syndrome –Aids, is a black man’ disease, breast cancer, is a black woman’s disease and bats are responsible for the spread of Ebola in Africa.

Nobody knows the reason Africa can’t use their hard-earned foreign exchange to clean their environments to reduce the malaria epidemic, killing both the young and the old, instead, they prefer to use that foreign exchange to purchase contaminated malaria vaccines. Oh, my beloved Africa, when will you be intelligent?

Where there is no voice of defiance, will always be a fertile ground for the parasites on the look for the poor and the vulnerable people to feed on. The systematic attempt to reduce Africans to objects, to non-persons and inferior people will continue without end because we have leaders who feel inferior themselves the reason they make their presence felt only in Africa but not on international platforms.

Again, so long as racial prejudices and domination served great economic interests in the United States of America and western Europe, where enormous fortunes were accumulated during the slave trade, colonialism, and Apartheid, Africans and African-Americans will always be a slave both physically and psychologically to serve on the tobacco, rice, cotton, and the sugarcane plantations.

Sensitize School Children On Wearing Face Masks Before And A...
13 minutes ago