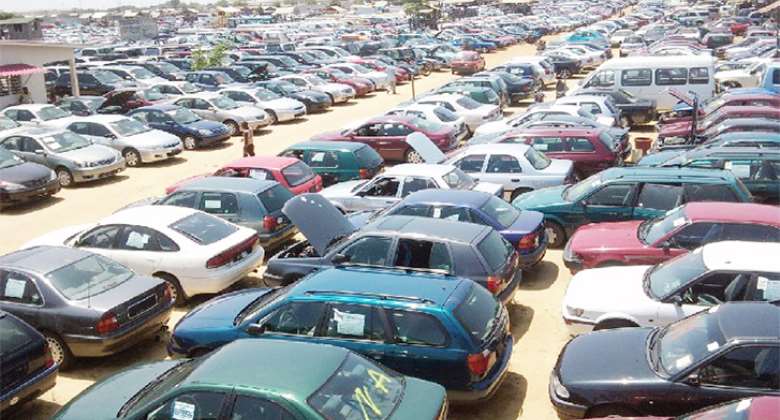 In April 2019, the Vice President of the Republic of Ghana, Dr. Mahamudu Bawumia announced, among other things, a 30% reduction in import duties for vehicles to the excitement of many, particularly vehicle importers (see: https://www.graphic.com.gh/business/business-news/ghana-news-import-duties-go-down-today-govt-reduces-benchmark-values-vehicle-30-others-50.html ). All other things being equal, this government policy will increase importation of vehicles to add to the existing droves in a country with poor public transport systems. Given that petroleum products – gasoline and diesel – are the main sources of energy for vehicles in Ghana and contribute to climate emissions and ultimately climate change, I argue that this government policy will hinder the country’s climate change efforts in the transport sector.

Globally, the transport sector has been identified as the fastest growing contributor to climate emissions, accounting for 23% of global carbon emissions in 2010 (World Health Organization). In Ghana, it was estimated that climate emissions spiked by 20% between 1990 and 2011, with energy being the second largest emitter (the first is forest sector), contributing 25% of the total. Out of this 25%, “39% is due to transportation, 29% to other fuel combustion, and 19% to electricity and heat” (USAID 2016). In fact, in Ghana’s Third National Communication Report submitted to the United Nations Framework Convention on Climate Change in 2015, it is stated that “Between 2010 and 2040, emissions were projected to increase from 5.76 MtCO2e to 43.14 MtCO2e. Out of the 2040 emissions of 43.14 MtCO2e, passenger transport will account for the majority (93%) while the rest (7%) will come from freight transport. Within the transportation category, emissions from road transport were projected to account for more than 80% of total emissions…” (page 97).

The above statistics and projections are astounding enough to prompt any environmentally-conscious country to invest in the needed infrastructure, facilities, and systems to help reduce climate emissions in the transport sector, and not to add to the fleet of vehicles. Besides, sustainable mass transportation and sustainable energy security are two priority areas (out of seven) in Ghana’s Nationally Determined Contribution – a tracking and reporting system on climate change. There is need for investment in effective and efficient public transport systems to lessen the desire and demand for cars for personal use and reduce climate emissions. Wouldn’t it be environmentally-sound to see members of parliament, for instance, shuttling to and from work in buses instead of driving luxurious, fuel-consuming personal vehicles? How much air pollution and climate emissions will such an action prevent? Do the math! To this end, initiatives such as the Ayalolo Bus model needs to be back on the table and replicated in other areas of the country, particularly in urban centres, which bear the brunt of environmental pollution and unsightly vehicular traffic.

With the proper road infrastructure and education, biking can be part of our everyday commute – a sustainable and environmentally-friendly form of transportation that has zero impact on climate emissions and climate change. Afterall, Ghana is a tropical country with mostly good weather. Another lifestyle change that needs to be encouraged is carpooling, which falls under the broader theme of collaborative consumption (shared use of a goods or services by a group). Carpooling, if well-implemented, can reduce people’s desires to purchase personal vehicles for use. All over the world, attitudes and behaviours about personal ownership of cars are being re-evaluated, as well as improving public transport systems and finding green sources of energy for use. As such, policy in the transport sector in Ghana should move in this direction rather than encouraging increasing fleet of vehicles with its dire environmental consequences.

I am aware that by reducing import duties on vehicles, the Ghanaian economy is likely to benefit through revenues and taxes generated. However, given the country’s current and unfavourable climate emissions projections in the transport sector, massive investment is needed to help reduce climate emissions, rather than policies such as reducing import duties on vehicles that will increase the number of cars imported, increase the consumption of gasoline and diesel, and consequently result in increasing climate emissions. This government policy will therefore worsen Ghana’s efforts at fighting climate change in the transport sector, particularly because there are no plans to mitigate their resultant climate emissions. The environment should not be sacrificed for the economy, because the very foundation of the economy is the environment, which needs to be protected.