Zebila MP Get Water For Residents 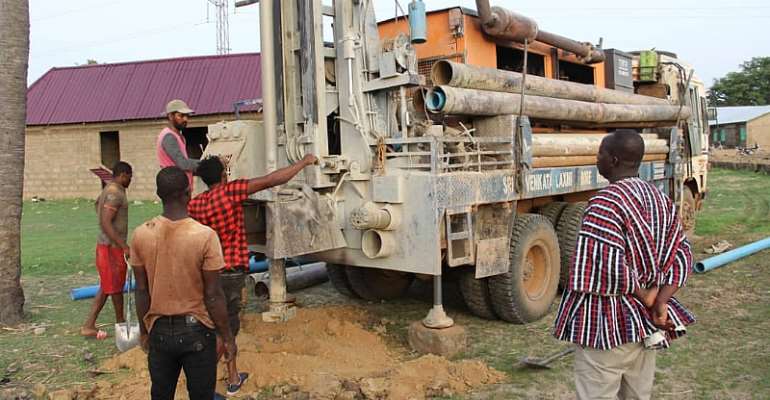 Member of Parliament for Zebila in the Upper East Region,Frank Fuseini Adongo, has secured over 41 mechanised boreholes for residents as part of policies to reduce water shortage in the constituency.

The boreholes project which formed part of the New Patriotic Party (NPP) government flagship programme of ‘one constituency, one million dollars was secured by the MP to propel development.

A press write up sighted by Modernghana indicated that the MP who is also the Deputy Upper East Regional Minister cut a sod for the commencement of the project at a ceremony on Monday May 20, 2019.

Mr Adongo who also announced that government has released GHS500,000, to the constituency for development under the one million dollar per constituency policy.

He explained, the decision to use part of the funds to construct the boreholes followed a wide consultation with the residents through the District Assembly to reduce the acute water shortage in the district.

The MP said the construction of the boreholes would go a long way to reduce the burden of residents on streams and rivers in search of water.

The District Chief Executive for Bawku West, Ms Victoria Ayamba, on behalf of the Resident thanked the MP and the government for making sure the communities are served with clean drinking water.

The contract has been awarded to Afuubicom Company Limited, for the 41 boreholes project.

The Manger of Afuubicom Company, Simon Afuubi, assured the residents of completing the project on time to enable them have access to potable water within two weeks.

Some of the resident of the beneficiary communities expressed joy and thanked the government, the MP and the District Assembly for the project to provide them water and pledged their support to ensure that the government succeeds in its policies.

Sensitize School Children On Wearing Face Masks Before And A...
15 minutes ago