S. Korean Hostage In Burkina Faso Was Identified As A 'Regular Tourist' 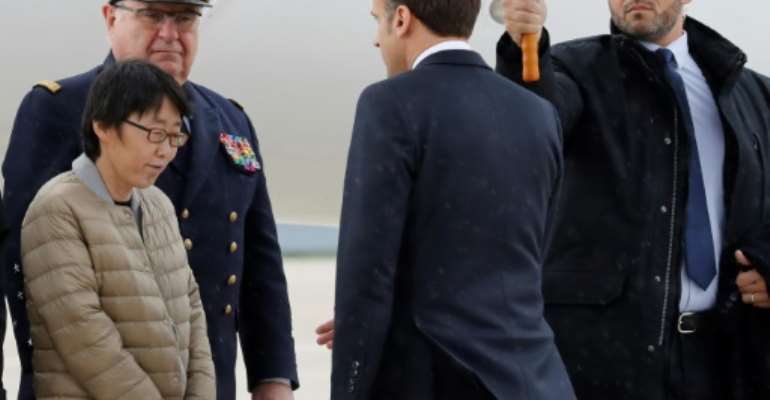 The freed South Korean hostage, who did not want her name released, was decribed by an official at the South Korean embassy in Paris as a

A South Korean hostage rescued by French special forces in Burkina Faso last week was a tourist travelling in the region who had been seized close to the border with Benin, an embassy official said on Monday.

The woman, who has not been named, was flown to Paris on Saturday after being rescued in a raid by French commandoes overnight Thursday-Friday in which two soldiers died.

"She was just travelling, she wasn't working. She had been on the road for close to one year," an official in the South Korean embassy in Paris told AFP.

He added that the "regular tourist" had asked for her identity to be kept private.

She had previously visited Senegal and Mali in west Africa, as well as other countries during a major trip from her home,a region "in the middle of South Korea," the official said. 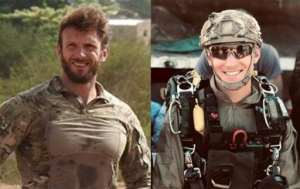 She was snatched around a month ago by armed men while attempting to cross by car from Burkina Faso into neighbouring Benin, apparently along with an American woman who was also rescued by the French forces.

"That is my understanding (that the women were together), but we don't speak for the American lady," the official added.

The US government has declined to comment about its national, but the ABC news channel has reported she was also a tourist, aged in her 60s.

The South Korean woman, who appeared in between the two French hostages as they made a statement to the media on Saturday in Paris, has been admitted for a medical check up at a military hospital in Paris.

"She doesn't have any particular problems," the official said. "She will be going back home, today or tomorrow."

The embassy official confirmed that the woman had been held for 27-28 days in captivity and had been "moved from one place to another a few times".

Asked about the identity of the hostage-takers, "she said she didn't know," the official added. "We dont know. You have to check with the French government."

The official confirmed that the South Korean government had been unaware that one of its citizens was being held in the area. 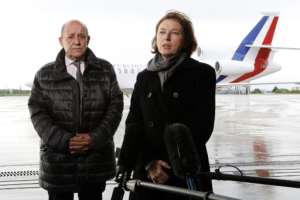 French Armed Forces Minister Florence Parly said the French commandos had been surprised to discover the South Korean and American hostages alongside the two Frenchmen. By FRANCOIS GUILLOT (POOL/AFP/File)

France's defence minister, Florence Parly, had previously told reporters that French forces staging the rescue had been surprised to find the South Korean and American women being held hostage alongside the two French tourists.

Parly did not say who was responsible for the kidnappings, but said the hostage-takers were planning to transfer their victims to Islamist groups in Mali who are aligned to either Al-Qaeda or Islamic State. 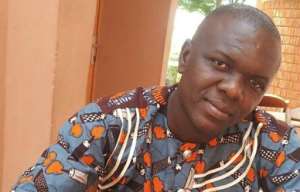 The local guide of the two Frenchmen taken hostage, Fiacre Gbedji, was murdered. By HO (AFP)

The French hostages, Patrick Picque and Laurent Lassimouillas, admitted that they should have heeded the French foreign ministry's advice on avoiding risky areas after they were seized in Benin close to the border with Burkina Faso.

"We certainly should have better taken into account the government's advice as well as the complexities of Africa," Lassimouillas said in a statement.

"Our first thoughts go to the families of the soldiers who freed us from this hell," he added.

French President Emmanuel Macron will lead a commemoration ceremony for the slain commandoes in Paris on Tuesday at the Invalides military hospital and museum.