Why Using The Heritage Fund to Finance The Free SHS Policy Is A Crafty Move! 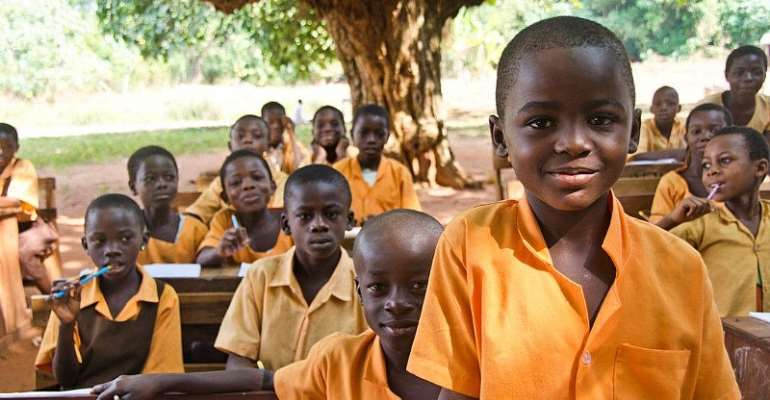 This article draws lessons from the critics that using the proceeds from the oil to fund the free Senior High School Policy is a bad one. To counteract that, I do think the move by the president of the republic is a very ‘sensible idea’ to use percentages of the Heritage Fund to fund the free Senior High School (SHS) concept. The first question is, what is Heritage fund and what is the major aim for it? What most of us hedo know about the fund is that “heritage fund are monies from our natural resources which are saved or kept for future generation” if so, who are the future generations? Why are people so against the idea that the funds be used to finance the policy. Is it the government they detest? Or the funds are not enough? Sometimes, some of us as citizens just follow the crowd without taking deeper analysis about the effects of using the heritage fund. When actually should we use it and who determines the future?

I have always been against the idea of reserving some monies for future generation when the monies could have been invested now for maximum benefits in the future. I fully agree that education not just at the SHS but at all levels must be made free, the basic one must be compulsory and all who fail to take advantage must be punished… I am of the opinion that rather than pack monies for future generation, we should invest in things that would be profitable, there is more sense in that. I don’t have any trouble with the government if it seeks to use the Heritage Fund to take care of children in school. What matters is that, at the end the students should be equipped enough to fit into the system so they can liberate us from the troubles we face as a country.

Senior Minister, Yaw Osafo Maafo, revealed in an interview that government would review the Heritage Fund component in the Petroleum Management Act in order to use the proceeds to finance President Free Senior High School (SHS) policy. The decision is necessary because the government wants to invest significant revenue generated from the oil industry to fund major sectors like education since it has the potential of building a good foundation for the country. If Ghanaians are aware of cash transfer programs, they would realized that the government is on the right path to ensuring development in the country starting from education. We are all convince that population is one of the element that makes a state great but it doesn’t actually means, population in abstract terms but quality and literate ones. Alaska in 1982 adopted similar policy of using proceeds from resource like Oil to benefit the citizens directly through the provisions of scholarships, Bolivia adopted same policy for the payments of pension allowance (cash transfers direct towards the elderly) and Mongolia too did same towards children funds, why is the situation in Ghana so different or we prefer the proceeds ending up in few people’s hands?

This view has been widely criticized by several persons including some civil society groups. A policy analyst at the Integrated Social Development Center (ISODEC), Dr. Steve Manteaw described as unwise to spend the Heritage Fund on recurrent expenditure and that won’t yield the benefits that we want. Sometimes, we do not need to fear risk, the truth is that taking the risk is better than not taking any options at all. I do admire the NPP administration a lot because they take risk and that is the power if good governance. At least, using the fund will ensure accountability since Ghanaians do not even know how much goes into the account monthly or yearly. As a matter of fact, I only get scared because we risk returning to the era of Gold mining where we spent everything. In fact we even sold our gold share in the AngloGold Ashanti to use it to pay salary. One may say that well, but in this case we are using it to finance education which is a good thing. Yes, it is. But it is a recurring expenditure item. We are going to spend the Heritage Fund on recurring expenditure and I don’t think that will yield the kind of results that one wants to see in the economy, in a way that benefits future generations but in the long run, we are investing well.

But Kwesi Pratt speaking on Adom FM’s Morning Show stated he fully supports the decision to make education free at the SHS level and agreed to decision to use a percentage from the fund for the programme. The whole idea of making education free at all levels is something he supports as it started from Nkrumah’s regime. To me, it is very possible to make education free because a country with less resources like Cuba is doing same. My only problem is with the inconsistency in the debates by proponents of the use of portions of the Heritage Fund to support education as the same people kicked against the argument when it cropped up during the administration of former President John Mahama. When Mahama was in power and the issue of Heritage Fund cropped up, people said it was never a good idea because money doesn’t have a constant value and depreciates by time, if we want a good future for children and grandchildren, it is about investing in education, if we do not build infrastructure, our future is very bleak…the people kicking against the use of the Heritage Fund did not start today, it’s from NDC time, they are being consistent and only repeating what they said during NDC government reign. That is hypocrisy and must be stopped.

It’s good the NPP are now seeing the sense in what some of us proposed during the time of NDC…they have to tell us what was wrong with them when they opposed us then and the government to come clear on the actual sources of money to fund the free SHS apart from the Heritage Fund since the money in the fund is not enough. To Kwesi Pratt, it would not be in the best interest of the country to rely on donor support as the economies of major foreign donors are now on their knees.

I always support the interest of the people and together we shall fight for the change that we want. Let rally behind the president for he can make things better for us.