How The Telephone Widens Insecurity In Nigeria 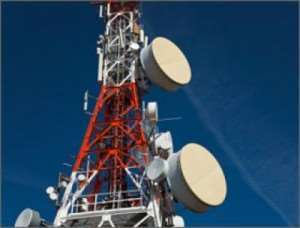 Often when we study insecurity in Nigeria we fail to reduce it to its most potent everyday source.The telephone is the most potent weapon of insecurity. Armed robbers and kidnappers no matter how they are dressed require precise information to strike and such comprehensive information comes from the national data base. When this national data base becomes accessible to those whose value system goes contrary to the national purpose insecurity arises. By extension where the national purpose is undefinable or sectionalized then the goal of security turns into insecurity. The effect permeates the national fabric soiling all harmony.

At the inception of the new technology it became clear that Public telephony was giving way to private mobile networks so there was need to maintain the same strangle hold of old NITEL over the new networks. But this time it was to be achieved as democratically and secretly as possible. Registration of Sims and identification of mobile phones associated with sims at any moment was the goal. Then to control the networks it’s profit motive was exploited so that with increasing taxation the pressure piles on them to divulge the most personal information to the highest bidder in order to stay afloat. The Nigerian Communication Commission itself is often forced to bend the rules or look the other way to accommodate the excesses of both government and the service providers so that the environment becomes all comers game for survival. Each new tax increase allows the networks discover new loopholes that makes them pass on the liability to the final consumers.

Now let us examine the governmental set up. The political environment.How it has turned into an open sesame for clashing “ national interests “ Data is gathered for national purpose the most important being security of life and property. That is when the national purpose is human centered. But when it changes to money centered then like the bullion van and its elaborate security arrangement here data can only protect money and no longer lives and property. That appears to the story ofNigeria and rising insecurity occasioned by an unsure national purpose.

Of course it’s not a strange arrangement for national to gather data of its citizens especially when this basic security information remained used for the original national purpose. Since Independence the Nigerian constitution has changed from bad to worse, in my opinion. When basic rights were suspended from 1966 the bandwagon effect of prolonged military governance and control of subsequent civil experiments also changes the colour of the legal process and so it becomes possible for aliens to take control of the government because her new purpose is unsure. The recent upsurge of feudalist tendencies is a case in point. Religion takes a central stage over the national purpose and elections are no longer human centered but a cash and carry business. Incumbents can invite their kits and kin’s in other countries to vote rather than campaign or persuade their countrymen to back them and religious or ethnic cleansing becomes avenue to power.

Now how do you keep national secrets under such divided purpose? Don’t even speculate about it. There is now no national secret when Boko Haram has become so strong as to attack the national military bases at will. Meanwhile Boko Haram members pardoned are regularly injected into the legal army and it is even speculated that the illegal are now better paid. Yet these are the institutions keeping your telephone records!

Now this is the scenario that plays out where your telephone information housing your closely guarded secrets are open to kidnappers ,armed bandits and cabal factions for ethnic cleansing and what have you. A recent research traces the rise of armed robbery and kidnapping to Nigerian election periods. What the various power seekers do is utilize your personal secret data which is available to the highest bidder to suppress their perceived opponents by degrading them just before the vote. How do you degrade the opposition? They simply get at the most daring criminals in prisons or outside it and send them after opponents and sometimes rob them or attack their income sources to eliminate these strongholds. So you see armed robberies rise while kidnapping also keeps the attention of the opposition away at crucial election times. But after elections these bandits have been emboldened to understand that sometimes the law enforcers can look the other way while their operations persist since they now represent free agents.

Now “Service providers” communicate with you more than your friends and families do. What an irony it is yet few notice what is going on.

You will notice that spam calls and texts meant to track the individual phone owners now shamelessly originate from service providers. This annoying service is how they keep afloat. So they can even track you for your business opponent or the government or your enemy or even for kidnappers and they receive payment. This money may even come from your own unregulated and looted treasury. Wherever you go and make a call these seeming harmless texts create insecurity in Nigeria and make extra judicial killings possible! But then you ask what of the regulators ? What about the National Assembly committees? They are busy swimming in ignorance while recouping the huge sums they used to bribe themselves to power. They are always busy some of them that knows the evil exists trying not to focus on it so as not to attract the attention of their fellow travelers into witch hunting them.

What about the international community? Well they cannot intervene when you are enjoying the process. In any case who will educate them when it costs so much to say the truth here? When they point out your country’s none conformity to the international code of conduct,it becomes the duty of every elected officer of the Federal republic to defend “their”territorial integrity by denying it publicly. All the parastatals will also issue denials while the newspapers will issue editorials condemning this intrusion into “our national interest”.

*Mr Nworisara aspired to be President of Nigeria in 1992