Why Europeans Can’t Be Legal Africans 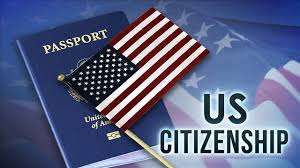 For many years I have been arguing that white people are not African citizens and can never be until they conform to certain African formalities to gain legitimate status in Africa.

In my mind, white citizenship in Africa cannot stand up in law, that is our African law. Considering most whites either came to Africa as subjects of European royal charters or as colonial settlers who were given immigration status by illegitimate colonial governments to exploit and pillage Africa on behalf of European crowns.

According to the oaths they took, their sole mandate as charter employees or colonial settlers was to serve the commercial interest of their royal monarchs [motherlands] by theft, murder and at times genocide as subjects of their European nations. A clear contravention of African law and customs.

I believe those charters and oaths had no moratoriums or subsequent cancellation. So these settler covenants are still in full force upon whites to date and by nature they are illegal because they are against African values, culture and national interest.

This is why whites [Europeans] and their companies in Africa still work in the interests of Europe to undermine African growth. Controlling resources, exploiting them on behalf of their mother countries, monopolizing the market and destroying native competition.

Hence they enjoy reserved citizenship rights in Europe because they are Trojan horses and agents for European imperialism.

We often see those citizenship rights exercised when these Europeans use their charter companies to illegally transfer resources and profits out of Africa through arms length European surrogates.

The same is witnessed when they move the primary listings of their charter companies from Africa to Europe the moment a black government takes over the colony.

Examples include the likes of Mark Shuttleworth, Elon Musk, SAB, Anglo America, Liberty and many other South African companies and individuals. Who after making their billions from a South African base, relocated their primary listings to mother Europe the moment the ANC took over.

Yet, when the colony was under the tough conditions of apartheid sanctions. When they were benefiting from the crimes against humanity, exploiting black labor in a protected market, they remained South African companies. Only to run when the market was liberalized.

Even under the colonial era, many of them held the copyrights of the brands they used to harvest the African colony, in European tax havens and locales for easy externalization through management fees and royalties.

A case in point, all SABs African beer brands were registered and warehoused in the Netherlands and Belgium throughout apartheid. This is besides the company being established and domicile in South Africa throughout the period and the brands being mainly sold in the Africa market.

Another example of this ethnic allegiance is seen when civil war starts in an African country. European nations will immediately send their militaries to evacuate all (white) settler populations back to Europe, concomitantly occupying the African country with their armies or imposing sanctions on the country in question to ensure that it won't flourish without the settlers.

We have seen this in Chad, Ivory Coast and many of the CFA French colonies. An expressed confirmation that white people are still European [royal charter] subjects and not Africans.

Moreover, Europeans established themselves in Africa in the course of perpetrating heinous crimes against the humanity of the majority citizens of the countries they invaded.

Making any subsequent treaties, agreements and contracts that they made with the new native governments voidable. Unless they make amends (using African customs) for the crimes they visited against their fellow citizens who remain conquered subjects until remedy is given to reverse the subjugation, dispossession and accompanying dehumanization.

We must also consider that in the perpetration of these illegal acts against humanity. These illegal invading immigrants, broke local laws, customs and illegitimately established their own minority colonial laws: Roman, Dutch and English law systems. Which they imposed to circumvent local laws to push minority interests against prevailing majority native interests.

This was done with the approval of their monarchs in Europe but without the ratification of the presiding majority population, legislators, chiefs and kings of the lands they occupied illegally.

Thus ignoring established and long standing legal conventions, customs and formalities of traditional, customary laws of the land and the majority. Rendering these European legal systems impositions of foreign laws which should be of non-effect to Africans but also implied that these Europeans did not accept the laws of the African nations they live.

How can an immigrant be a citizen in a nation whose laws he does not accept or acquiesce to?

Now, considering that the existence of the white man in Africa was in perpetuation of a crime against Africans. The fact that they had no recognition or acceptance from the majority, them not recognizing African customs and laws, their breaking of European legal customs in the process and their imposition of unratified minority laws that were of non-effect in African legal terms.

I believe this makes any adopted immigration laws, preceeding immigration rights and their subsequent adoption by liberation governments [to give citizenship to whites and future generations] invalid in the same way colonial rights, apartheid and bantustans were deemed invalid at independence.

Inadvertently invalidating white citizenship in Africa (according to our African customs which we need to value more together with the accompanying sources of our Southern African laws as they emanate from an era of legislative fraud and criminality.

I would further postulate that any laws and constitutions signed by liberation governments with imperial powers on secession are equally voidable because they were patently signed under duress by black leaders desperate for political freedom from illegal occupation.

This is supported by the fact that most liberation agreements: Lancaster, Codesa and others in Africa where signed in negotiations held while native liberation fighters were effectively still in exile and colonial invaders still in power and preventing them from returning home.

This suggests that our leaders were compelled to accept unpalatable terms put on the table or run the risk of continued exile, away from their land and families indefinitely.

In Zimbabwe, independence negotiations were held under duress while a British governor was governing Rhodesia.

Many accounts say that by the time of negotiations, our liberation fighters were confident that they had the momentum to win the war if it could just continue for another two years. Hence they were not keen to negotiate but wanted to continue with the war for total victory.

However in support of the settlers, the British government and Kissinger exerted pressure on Mozambique and Zambia to deny our fighters and leaders refuge or bases if they didn't attend the Swiss and Lancaster negotiations.

The implication was clear: our leaders were not going to be allowed to vanquish the enemy, therefore they were to accept the terms of these negotiations or else no longer have bases to return to and continue the war.

This is partially why you see that very few African independence agreements saw Africans receiving reparations, restitution or damages for colonialism because no African liberation movement was ever permitted to have outright military victory over any colonial government.

Colonialism was about denying Africans their humanity and rights to that humanity. And so

denying liberation fighters the right to totally free themselves by the gun, forced them to negotiate unjust settlements with their oppressor as another manifestation of Europeans denying Africans the rights to unconditional humanity.

Such settlements were not reached by consensus, but duress applied on exhausted liberators who did not want to pit themselves against colonial superpowers and run the risk of remaining homeless for an indefinite period.

In my conclusion whites can never be legal citizens of Africa, unless they give Africans back their humanity and atone for the crimes they perpetuated against fellow citizens.

They must make obvious amends to restore what they dispossessed, while returning the unjust enrichment and property appropriated from fellow citizens [natives] who remain sub-human subjects until their humanity is restored through restitution and restoration of their rights to property.

In other words it will take Europeans paying reparations, restitution, abrogating colonial laws, recognizing the humanity of blacks, their rights to restoration and living in nations with laws that serve public [majority] interest.