Have We Lost Our Trust As Journalists? 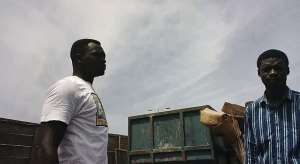 As part of the requirements for a course I studied this semester, I was compelled to leave the lecture hall and be on the field for journalistic functions.

Broadcast News Writing, the course in question gave me and other second-year degree students of GIJ the opportunity to move out of our small university called GIJ to the field where all the realities of hard journalistic work played right before our eyes.

To my disappointment, my group faced a lot of challenges trying to interview people for both radio and TV on an angle which we were given the chance to freely decide. Our sources talked but insisted that it be off camera while residents vehemently rejected our plea to have their voices and motion photos on camera.

Initially, they misunderstood our purpose for being there. They thought that we were there to scrutinize and report wrongs they might be doing.

After explaining our mission a number of times, we were finally understood nevertheless, that didn’t make it any easier.

Some residents claimed that several media firms had been there for other reasons but no good came out of their reportage.

Even though authorities granted us interviews, they did not allow us to record their responses.

I am disappointed but not surprised

We struggled to get our work done at the end of the day and though I was disappointed with the residents’ reaction to our presence, I was not at all surprised.

I encountered a similar problem before I gained admission to GIJ. I was doing an online research on child soldiers in African wars at the time and the problem was even worse then. Could it be that we, as journalists have lost our trust? I think so, but not completely. There is still hope; we can regain that trust. Could it also maybe be remotely related to the ‘Anas scare’ that some people have?

During my research, I found out that some child soldiers in African wars at a point did not want to tell their stories anymore because over time, journalists had come to hear their side of the story and accounts of their ordeal, left for them their complementary cards, and then left for their media firms to meet their deadlines. These journalists were both natives and foreigners. Well, some of them did impact the lives of these unfortunate children but majority of them did it for their selfish interests: meeting deadlines and making headlines.

Child soldiers in African wars expressed how selfish some journalists had been in their encounter with them. They would coaxially wring out stories from them to meet deadlines in order to make headlines and then leave them to their fate afterwards: their phone calls being unanswered.

It could have been easier if…

During the course of our work for class, I kept wondering if our interviews would have been perhaps a little easier and readily granted if they were being conducted by widely known celebrity journalists. It would have been slightly easier then I guess.

Because of hardworking journalists in Ghana who are well known for positively transforming lives through their reportage, I know that although some trust has been lost, there is still some of it remaining. We can regain all of that trust we once had; it is only bent, but not broken.

It is just unfortunate that just one bad nut but can affect the taste of all the other nuts in our mouths.