You Can Not Evict Your Landlords Anywhere-1. 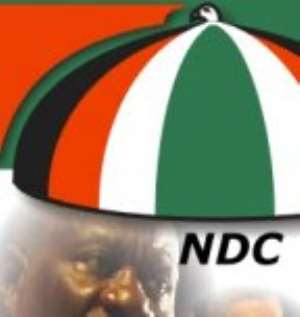 “The President Hears a Hundred Voices telling him that he is the greatest man in the world. He must listen carefully indeed to hear the one voice that tells him that he is NOT.” The Socialist Boys. I mean the former CPP Party leaders misinformed Dr. Kwame Nkrumah telling him that all was well in the country which led to his downfall on 24th February 1966. In 1969, the so-called Busia Intelligence Boys (BIB) misinformed Dr. K.A Busia and his Progress Party Government into believing that all was well in Ghana again and it led to his overthrow on 13th January 1972. Col. I. K. Acheampong’s National Redemption Council (NRC) which later because the Supreme Military Council (SMCI) regime was replaced in a palace coup led by General F.W.K. Akuffo in July 1978 for being INTOLERANT and Corrupt. Col. Acheampong was corrupt and General Akuffo also staged that palace coup Just to cover up that Corruption because both Heads of Stare were Corrupt. Then the Crusading Radical, Jerry John Rawlings invented a Social Vaccine against Corruption, on June 4th 1979 and three former Heads of State and six senior Military Officers were tied to the Stakes and shot by Firing Squad in 1979-but the Monster called Corruption was active and is still very Active and Powerful to date 2019, 40 years down the lane. Dr. Limann was inaugurated as President of Ghana or 24th September 1979 and by 1980, his PNP Government was chasing Rawlings, Capt. Kojo Tsikata, General Arnold Quainoo in order to kill them for their various roles during the June 4th Uprising in 1979 as if he (Limann) was the one, whose government was rather overthrown in 1979.

All June Four supporters including this writer were not spared-The man, Dr. Hilla Limann who was a dyed-in-the-wool member of the United Party had to go and he was peacefully overthrown on the 31st December 1981. The rest is now history.

You see, Democracy in itself does not necessarily bring prosperity unless the people who hold the levers of power manage the affairs of their countries as competently and transparently as democracy will require. Have we been doing that since the Fourth Republic in 1992? It is NIL.

So, who is to be blamed? The PNDC has never been ashamed in washing its dirty linen in public and drying it because it believed that crime must never be condoned hence it never spared any corrupt appointee or Cadre and showed no mercy to others outside the camp of the PNDC. It was not biased. The CDRs (Cadres) also projected Nonentities to fame and dressed Known Crooks with saintly garbs all in the name of National Reconciliation in 1992 but today 2019, what do we see now? Nothing is working since the country is more divided than ever. The legacy of the revolutionary PNDC government was inherited by the National Democratic Congress (NDC) in 1992. The party however partly abandoned the principles on which the NDC was formed and tried unsuccessfully to collapse the CPP and PNC and form a strong CPP after abandoning the Rawlings’ NDC party in 2011. This led to a very bitter power struggle and heavy infighting in which all Cadres including this writer were targeted and painted black by a bunch of Treacherous Elements led by some MMDCES who could talk more but did very little. Unfortunately for them, they did not see anybody to paint black and destroy in the NDC than from this writer, and I showed them their class since I am far more politically matured than those 23 Political Novices who attacked me and even moved Heaven and Earth to destroy my Political Career from 2009-2016 but failed because I don’t engage in petty Politics. Since I am already tough-minded, their behavior rather toughened me up. These party Executives and their MCE exhibited crude actions and selfish behaviors which were inconsistent with the NDC Constitution, and no one raised a finger I raised a finger and became their Target but God is always behind me. Ghanaians will never Countenance any group of idiots now trying to scuttle our flourishing democracy led by the violent prone NPP through the use of “Civilian Security Operatives” from the National Security Secretariat. It is unconstitutional, but instead of calling for the removal of such “Civilian Operatives” by the NPP- most NDC Executives have been at each other throats as well as blackmailing innocent party members since 2016-to date 2019.

I entered from Politics as a Young Pioneer Cadre in the Convention Peoples Party (CPP) Government of Dr. Kwame Nkrumah in 1956 so, how can I sit down and allow Political Novices who became active Politicians only in 2005 to destroy me? They are always well dressed in the Constituency but I see them as Naked Men and Women. They would even try to kill you if you disagree with them and such People should be avoided.

EVICTING YOUR LANDLORDS. Whether you like it or not, the Cadres are the Founding Members of the NDC and by extension, they are the Landlords of the Party and no person or group of persons can ever evict them from the Party. There is nothing that can be done to please everybody. NDC Supporters must be loyal to the Party and serve it and not individuals which always lead to Power struggles. The populace in Ghana have firm hope in the NDC but the Party is rather doing little to retain Political Power in 2020 in order to sustain the joy and improvement that the people have once experienced in their lives under President Mahama, we must do away with the greed, backbiting, individualism, vilifications, character Assassinations and serious infighting that characterized the Mahama Government from 2010 to 2016 that led to the humiliating defeat of the NDC by over 900 votes in 2016. Enough is Enough. I shall Return.”Jaanbie Iwaii” Aluta Continua!