Ghana At A Critical Juncture Towards Educational Reforms

Analysis of Ghana's Development in Educational Perspective; Is It Making Progress?
By Issah Musah Aziba 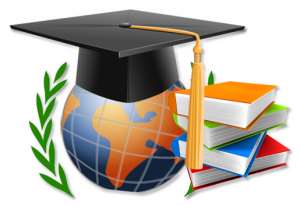 At the time of independence in 1957, Ghana had only one university and a handful of secondary and primary schools. In the past decade, Ghana's spending on education has been between 30% and 40% of its annual budget. Presently, Ghana has approximately 18,530 primary schools, 8,850 junior high schools, 900 senior high schools, 28 training colleges, 20 technical institutions, four diploma-awarding institutions, six public universities and over 15 private universities in addiction to 12 polytechnics which some were recently rebranded Technical universities serving a population of about 30 million Ghanaians. This is remarkable!!

Meanwhile, a new Education Plan was finalized in 2007 which was aimed at providing universal free primary education by 2015 in line with the Millennium Development Goals (MDGs) and with that, most Ghanaians had relatively easy access to primary and secondary education. However, the government is supporting public schools with school fees, uniforms and free school feeding programs. The sole official language of instruction throughout the Ghanaian educational system is English. Students may study in any of eleven local languages for much of the first three years, after which English becomes the norm. Students continue to study a local language and French as classroom subjects through at least the ninth grade. All textbooks and materials are in English.

There is a popular quote that, “Education is the most powerful weapon we can use to change the world,” said South Africa’s first black President, Nelson Mandela. Truly, nobody can disagree with Nelson Mandela, on this. This simply implies that; education is very important and no state takes it lightly since it is the process of moving from darkness to light.

Therefore, the greatness of every country would strongly stem from how intelligent and curious the population is! Education therefore gives direction to the citizens thus, how to be responsible, how to defend the state, protect their rights and properties and also their neighbors. Over the years during the NDC regime under Rawlings, the then SSS was three years and Kufuor saw that it was not impacting a lot to the students and hence increased it to four years duration. The Atta Mills administration again brought it back to three years indicating it is a waste of time. All these attempts are a way in the capacity of the leaders to influence the population literally through education.

There is no state without education and schools are the platform through which the citizens can formally be educated. Education, without doubt, has the unmatched power to foster social and economic prosperity – both at the individual and national levels. Increasingly, successive governments have allocated more resources to education. Governments have often done so, by building classrooms, recruiting more teachers and providing teaching and learning materials at different levels of the educational ladder. The governments invest a lot in education because, the youth are the future generation and things might get worse off than before when they are not equipped and trained to fit into the system and be matured enough to man the institutions for change. Former President John Dramani Mahama saw this vision and decided to increase the number of Schools in the country as a way to improve access to quality education and out of 200 promised, he was able to finished and commissioned 11 which was a good attempt by any responsible and competent leader.

It is noted that some countries especially US, the most basic level thus KG and primary levels are always taught very well by good experts and as a result, the youth are equipped with a strong foundation but in other countries like Ghana, most of the youth in the KG and primary level are not been seriously considered. They are only taken seriously when they get to the SHS level. These Kids are taught songs only meanwhile, the youth are very active and prepared to learn anything that they are taught and would live by it till eternity and instead of using that opportunity to prepare their minds strongly for the future, we rather kill their intelligence at those level and leave them stranded at the Higher levels. I strongly agree with the minister of Education for announcing that all masters in the levels should upgrade their degrees and he idea of making the Senior High-level Diploma and Junior High-level Certificate. This is a good move because it will assist the youth with corporate experience and despite the fact that it was widely criticized by Ghanaians, it still remains the best initiative. However, all these inputs may not have kept up with the ever-increasing enrollment numbers, governments have made some efforts geared toward ensuring that teaching and learning happen in schools – building human capital that will spur sustainable growth and development.

But at the center of education is learning and skills acquisition by learners – without learning, education is just schooling and not producing its expected outcomes which ultimately build human capital. My major problem with Ghanaian governments is that, Very often than not, in accounting to the people on education, politicians and bureaucrats, present data largely in terms of inputs; number of schools, number of teachers, teacher salaries, school grants and sometimes, volume of enrollment. But data on learning is always missing when politicians account to the people on education. Could it be the case that politicians have ignored learning and skills acquisition, the most vital outputs, of the educational systems? Or they know and don’t want to talk about it? Or perhaps they simply don’t have the data because they failed to independently measure learning and skills acquisition in schools?

The global schooling expansion situation hides another statistics – for millions, schooling is not producing enough learning. Learning outcomes in basic education are so low, in so many contexts, that the developing world is facing a learning crisis – the World Bank says. According to the 2018 World Development Report, 125 million children globally are not acquiring functional literacy or numeracy, even after spending at least four years in school. It also noted that, emerging data on student achievement show that, for millions, schooling is producing little learning in crucial early grades. A study by Van Fleet in 2012 suggests that 37 million children in Africa learn so little in school that they will not be much better off than kids who never attend school.

According to a 2014 regional assessment among Grade 6 students in West and Central Africa, captured by the World Bank in the 2018 World Development Report, nearly 58% are not sufficiently competent in mathematics and reading to be able continue schooling.

This low level of learning in basic schools exposes the realistic learning crisis in the Ghanaian educational system, in which a huge number of children are far more likely to leave basic school without acquiring basic literacy and numeracy skills. This learning crisis, limits opportunities for further education or training and ultimately translates into serious inefficiencies in the skills of the country’s workforce. And Nana making education entirely free has gone further to worsen the situation by compromising quality education. I, for once did not like the school uniform used in the basic level, this is because it makes me feel I am not different from those at the primary level and feel inferior but the introduction of the new school uniforms nation wide is a good initiative because it forms part of the educational reforms. I believe bringing in something new never hurts, we live in a very dynamic world, we do not want things to be so static. The children should see that it is a new day and there are new expectations and therefore, there is nothing wrong with changing the uniform as long as there is enough to wear. The psychology is important in the sense that they would feel the state is paying attention to them (JHS students) and being hygienic is part of the school system that support the psychology of students.

We cannot use one day to changing everything, it has to happen bit by bit. We ought to support the state and make sure what ever action taken works for us here in Ghana. I only have a problem with bring out that initiative when there are still so many crises in the schools unresolved by government. We only tend to neglect certain issues and introduce new once. This to some extend do not yield the desired reform we always wanted. Recent data from the World Bank in the 2018 Development suggests that, nearly 80% of Ghanaian educated workers have just level 1 literacy or below. This practically means that 80% of Ghanaian educated workers according to the World Bank, have their literacy proficiency limited to understanding of basic texts and they are not able to integrate, evaluate, or interpret information from a variety of text materials – rendering them effectively low-skilled.

Clearly with this damning revelation about Ghana’s workforce, our investments in education are not yielding the expected outcomes, pointing to the fact that the Ghanaian educational system is woefully failing to build the needed human capital that will spur sustainable socio-economic growth and development, reduce inequality and alleviate poverty. These revelations make it crystal clear and bring to the fore the learning crisis in the Ghanaian educational system. So, the question is, how does government ensure that money is not wasted on schooling but learning and skills acquisition are actually being achieved in our public schools?

It is time to stopped the division and the bad criticism in terms of our party’s affiliations and work together to produce the best citizens that matches world standard. Education should not be politicized, or time would come and if you do not belong to a particular party in Ghana, would might not get the chance to be educated.

I always stand for the interest of the people and together, we shall fight for the change that we desire.