Ghana At A Critical Juncture Towards Economic Development 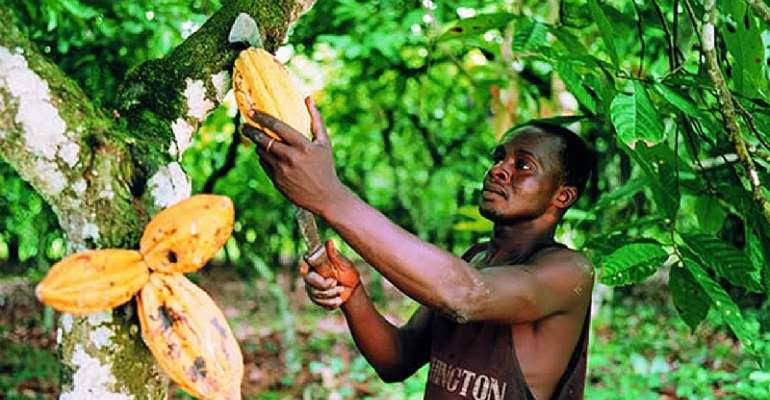 Ghana is a democratic country located on the west coast of Africa with an estimated population of about 24.2 million in 2010. It is the first sub-Saharan African country to become independent from British colonial rule in 1957. The country’s economy is ranked the 85th largest in the world with a total GDP of US$46.8 billion in 2018. The estimate is based on a population figure of 24,658,823 in 2010 with annual population growth of 2.5 and a per capita GNI of US$1,550 (World Bank, 2013).

In the ECOWAS sub-region, Ghana’s economy is the second largest behind Nigeria, accounting for 10.3% of total GDP of the sub-region. Ghana’s economic performance has been quite strong over the past three decades during which the country pursued market-led economic policies and programs with minimal involvement of government in direct economic activities. The recovery of the country’s economy from recession in the early 1980s on the back of the economic reform and structural adjustment programme, and the sustained growth since then has earned the country a lot of commendations in terms of economic achievement. This prompted Leechor (1994) to describe the country’s economy as a frontrunner in the economic reform process.

Meanwhile, the country recorded about 5.2 % remarkable annual average growth between 1984 and 2010 and became a lower middle income country after a rebasing of its national accounts in 2010 with a change in the base year from 1993 to 2006. The rebasing pushed the country’s annual average growth to 8.3 % between 2007 and 2012. Whiles in 2011, the country commenced commercial production of oil and the development contributed 5.4 percentage points (oil-GDP) to the 15.0 % real GDP growth in that year, with Ghana taking an enviable position as one of the six fasters growing economies in the world that year.

Concerns have, however, been raised about the quality of economic growth particularly in terms of employment, inequality and general improvement in the livelihood of Ghanaians. Moreover, the growth figures have not been matched with improved livelihoods and as a result, raising doubts about the trickle-down effects of growth. Besides, sustainability of the growth is an issue that keeps lingering in the minds of policy makers. As Aryeetey et al (2001) argue, the perceived lack of appreciation of Ghana’s sustained growth performance might be linked to the fact that the measured growth figures had little meaning for the livelihoods of Ghanaians.

This is because, employment generation trails economic growth with most jobs created in the informal sector where earnings are low (Baah-Boateng, 2013). Indeed, the labor market is characterized by high levels of informal and vulnerable employment coupled with high incidence of poverty particularly in rural areas and the northern savannah regions of the country which makes country continues to battle with the problem of maternal, infant and child mortality as well as high level of malaria related deaths, indicating the enormity of the challenge of achieving the health-related goals (Goals 3, 4 and 5) of the Millennium Development Goals (MDG).

While enrolment rates at the pre-tertiary levels have gone up substantially, the school system still faces problems of the lack of high caliber teachers and teaching aids. At the same time, the higher educational system continues to churn out a large army of unemployable graduates. With the entrance of private universities, the focus has shifted from science, technology and vocation to history and stories.

Despite the apparently positive outlook, Ghana faces potential domestic and global headwinds. On the domestic front, the government faces a challenge in bridging its financing needs, with domestic revenues at about 10% of GDP and gross financing needs of more than 20% of GDP. This challenge is compounded by a high external debt–to-GDP ratio, which declined from 40.5% of GDP in 2017 to 38.5% in 2018 but on the external front, dependence on primary commodity exports continues to expose the economy to international commodity price shocks, which could weaken GDP growth and the current account balance. Domestic private consumption is also projected to slow down to 4.9% of GDP in 2019 and to 3.5% in 2020. The potential weakness in oil prices could lower exports receipts and hence revenues.

Now let us ask ourselves, should Ghana with all its natural resource be struggling economically like we are seeing now? What could possibly be the problem? Could it be poor management and control? Or greed on the part of the rulers? It is very surprising our rulers would come with different figures to present to us in the SONAs and the read it out loud to the nations with feeling shame. They are just deceived by the numbers and refused to realize that those figures are not manifesting in the true growth rate of the citizens. It is equally surprising that, when deep analysis is made on the figures provided every time, it shows that Ghana still remains a developing country.

Sometimes I always think continue strengthening of external demand for oil and cocoa will support medium-term growth. But years of growth based on the extractive industries have not addressed widening inequality and the creation of decent jobs. Agriculture remains the main employer of labor. Whereas low productivity in agriculture has triggered a large movement of labor from the sector into mostly informal services in urban areas. This phenomenon explains the country’s high employment rate but low-quality jobs.

Ghana consistently ranks in the top three countries in Africa for freedom of speech and press freedom, with strong broadcast media, and radio as the medium with the greatest reach. Factors such as these provide Ghana with solid social capital. There is disputing the fact that after colonialism, Ghana has been very successful politically and has demonstrated that in several instance and this is confirmed in the fourth Republic of Ghana where there is a peaceful transfer of power from one government to the other but the question is, why therefore are we still striving and struggling in economic independence?

Twenty-six months after being elected president in a peaceful election, President Nana Addo Dankwa Akuffo Addo has had some successes, but he also faces challenges fulfilling his election pledges—including setting up a factory in each of the nation’s 216 districts, one dam for every village and providing free high school education. Though the government is implementing some of its promises, such as planting for food and jobs, and free secondary education, it has not been easy for his government. The free SHS policy is still making things worse than there were and compromising quality education and because of finance, he has not been able to achieve half of his promises for Ghana. Why are we therefore with all our Cocoa, Gold, Diamond etc. still vulnerable economically? Why have we not transform these resources into improving the standard of living of the people? Or are we curse, well, Ghana’s economic successes cannot be achieved by borrowing. President Nana said in one of his speeches that, “Ghana we have the resource, the monies are there and we cannot have all these and still be poor” but I am just wondering why he has not been able to give us the change we voted for.

We have the economist even the Vice president is a great economist who has aided other countries to skip these problems that we are facing as a country, why then can he not do same for us in Ghana here. Well, we cannot blame much just maybe, Ghana’s problems cannot be solved by man because it is evident that its fiscal performance has shown a broad turnaround in the past 24 months. The fiscal deficit narrowed to 5.9% of GDP in 2017 from 9.3% in 2016 mostly represented by expenditure measures as revenues remained weak. The government continued with the fiscal consolidation efforts in 2018 despite difficulties on the revenue side. Ghana’s fiscal deficit for the period January-September 2018 was 3% of GDP, just above the target of 2.6%.

The primary balance at the end of September 2018 was a surplus of 0.5% of GDP compared to the target of a surplus of 0.9%. The end 2018 data is expected to show a generally lower expenditure as a response to the revenue shortfall and 2018 fiscal deficit is projected to reach 3.7% of GDP. The inflation rate has stabilized to levels within the central bank’s target range of 6-10%. Headline inflation fell from close to 20% in 2016 to 9.6% in July 2018. This decline was driven by moderations in both food and non-food inflation, the relative stability of the cedi as well as the ongoing fiscal consolidation. The moderation in inflation created room for policy easing since July 2017, as the policy rate was cut from 21.5 in January 2017 to 20% in September 2017 and is at 16% in January 2019.

Meanwhile under high debt and low public and private savings, the government’s main recourse for financing its economic transformation agenda is foreign direct investment. Such financing would require increased focus on sustaining achievements in macroeconomic stability and the business environment. Complementing these gains with enhanced domestic revenue mobilization would expedite the path to debt sustainability and increase fiscal space for further government capital and social spending.

The leaders must focus much on economic development and ignore the figure, this is because a high GDP growth does not mean the country has developed. No the GDP can be high but people’s freedoms economically is truncated. We must begin to ban imports so that the local industries can be revived are “Operation reviving local business” and encourage nationals to produce and consume local made. That is the only way the cedi can improve well and match with the US dollar. We cannot measure economic success in the international realm by GDP and some economic indicators when poverty in some countries is real and inequality is also in the increase.

I stand for the interest of the people and together, we can fight for our own future for our leaders have failed us woefully.