Birim Central To Benefit From A US$100m Secondary Cities Project 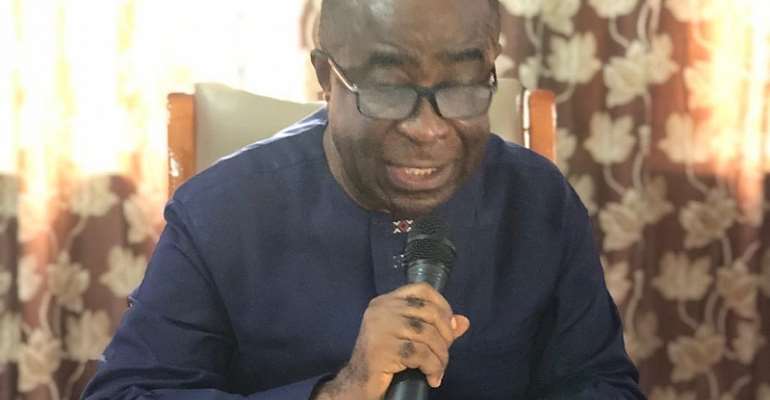 The Birim Central Municipal Assembly in the Eastern region has been selected among some 25 Municipalities to benefit from the Ghana Secondary Cities Support Programme (GSCSP).

The programme is targeted at institutional and infrastructural development in the country's emerging or secondary cities – aimed at addressing some of the important development challenges while at the same time assisting in implementing government's decentralization and urban development policies.

“I am happy to report that the Assembly is one of the 25 Municipalities nationwide to benefit from the Ghana Secondary Cities Support Programme (GSCSP)”, he said.

It is an agreement between the Government of Ghana and International Development Association (IDA).

Others are: Suame, Asokwa, Old Tafo and Obuasi in the Ashanti region; Berekum East Municipality, Sunyani Municipality, Techiman Municipality and Dormaa Central Muncipality, all in the Brong Ahafo region.

Mr. Bempong noted that, the development of these secondary cities will enable them to play their key roles as administrative centres; as incubators for small business development and as nodal points in rural-urban linkages.

According to him, the facility is to develop the Municipal Capitals of the beneficiary Municipalities and were selected based on the population size of between 100,000 and 250,000 and Assemblies with at least 60 percent of population being urban.

Touching on government flagship programmes, Mr. Bempong revealed that, the Planting for Food and Jobs initiative witnessed a significant increase of 247 farmers in 2017 to 1,500. He added that end of year productivity for maize also recorded 25 per cent increase.

He disclosed that, the Municipality has also been selected for a Special Rice Pilot Project which would see the cultivation of 110 hectors of rice being cultivated this year.

On the local industrialization drive of the One District, One Factory initiative (1D1F), Mr. Bempong said a business plan of 'Abibimo', a local rice milling firm based in Oda Nkwanta has been submitted to the 1D1F Secretariat for consideration and appeal to the secretariat to speed-up the process to enable the company commence business.