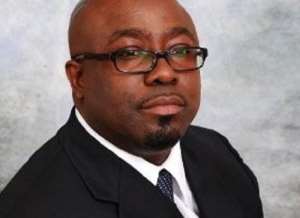 The Deputy Transport minister Titus Glover justified the decision explaining the Director will “supervise the ground work” and act as a “liaison” officer to “engage consultant, architects and the community”.

But Keta MP Richard Quarshigah is bewildered and called the appointment is “baffling” and “preposterous.”

“It can be likened to Ghana Education Service posting a head teacher to a community where indeed there is no school, no teachers and for that matter no students or pupils,” he said in a press statement.

He called the appointment “infuriating” and highlighted issues of causing financial loss to the state.

The Keta Sea Port exists – on paper. The President, Nana Akufo-Addo, signed an Executive Instrument declaring the coastline at Keta as a land designated for a sea port.

The proposed Keta Port is expected to be built around the Volta Lake in the town of Kedzi in the Keta municipality.

The sea port would add to two existing one, Takoradi in the Western region and Tema in the Greater Accra region.

The Ghana Ports and Harbours Authority had signed a memorandum of understanding with a private investor, Diamond Cement Ghana Limited for the construction of the Keta Port.

According to the Keta MP, government is facing problems getting an investor for the project. He said Ghana has four directors for only two ports and one director for a non-existent one. 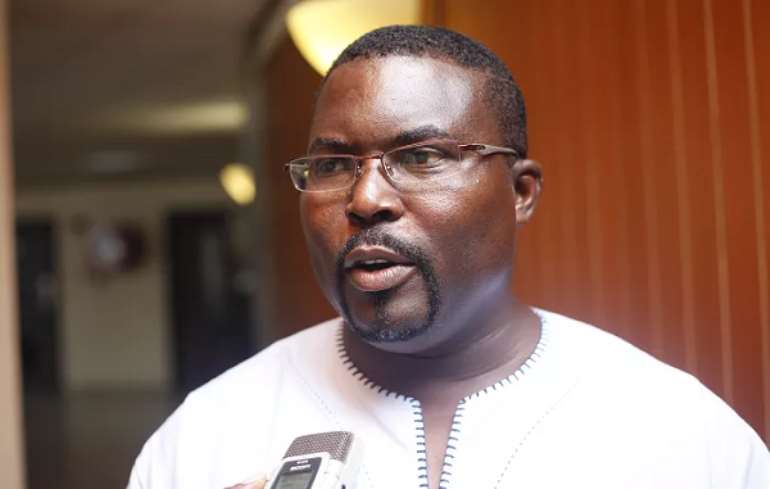 Photo: Richard Quarshigah is NDC MP for Keta constituency in the Volta region

Richard Quarshigah called the latest addition a “rape” of scare resources and listed the conditions of service entitled a director whom he claimed costs at least 100,000 cedis per month to keep in office.

The entitlements, he said, includes a fully furnished official residence, a 4-wheel drive and a driver, free fuel, car maintenance allowance, a gardener and domestic servants.

He was not finished. The Director will also benefit from life insurance, free medical care for his family and children below 21 years, free communication, a professional and entertainment allowances.

The NDC MP while pledging support for the Keta sea port, called on the President to reverse the decision “in the name of God”.

PRESS STATEMENT BY HON. RICHARD QUASHIGAH MEMBER OF PARLIAMENT FOR THE KETA CONSTITUENCY ON THE APPOINTMENT OF A DIRECTOR FOR AN IMAGINARY KETA SEA PORT

Good morning Ladies and Gentlemen of the press. We have invited you here this morning over a matter that has caused consternations within the Keta Municipality.

Last Thursday, social media was flooded with news that the President through the Minister for Transport has appointed a private legal practitioner Dr. Alexander Y. Edusei Jnr. as Director for Keta port. The appointment letter dated March 19th 2019, which we sighted, after our verification proved that indeed the President has made such an appointment whereas a sea port, as we speak does not exist in Keta.

Having a sea port at Keta, is a cherished dream of the people of Keta and its’ environs as it will automatically lead to a positive socio economic transformation of the area; restoring it to its past glories and above all arrest the ugly unemployment devil, rampaging and devouring what remains a pale shadow of the then proud, gorgeously rich Keta, the then commercial hub of Ghana.

We the people of Keta and its environs would have hailed and applauded His Excellency Nana Addo Dankwa Akuffo Addo, President of the Republic of Ghana to the high heavens, were he to have built in the area a full functioning sea port before appointing a director.

Sadly however, a sea port does not exist in Keta today for which a director is required. In fact it could be seen as an attempt to ridicule and mock the people of the area by the President, the current father of our homeland.

This baffling situation can be likened to Ghana Education Service posting a head teacher to a community where indeed there is no school, no teachers and for that matter no students or pupils.

As far as we know, President Akuffo Addo earlier in the year had signed an Executive Instrument, declaring the coastline of Keta as the Keta port. News of that was hailed by the indigenes of Keta with a sigh of hope since that will mean steps towards future employment generation for the young people especially and with its attendant benefits.

We are also aware that the Ghana Ports and Harbors Authority had gone through the necessary legal processes to acquire the area for the port project which will comprise of a commercial port area and leisure port area also known as marina.

As we speak, we do not know whether government has found a serious investor for the construction of the Keta Port apart from the interest shown by Diamond Cement Company, which dates back to 2014 in the building of a jetty to facilitate the transportation of clinker for the operations at Diamond Cement Company and also to transport salt which is also mined by one of its subsidiaries within the Keta enclave.

As far as we know, the memorandum of understanding between the government and the investors (Diamond Cement) has suffered a jolt since the investor is uncomfortable with certain clauses inherent in the MOU.

It is noteworthy that, a conditional approval given to Diamond Cement by the previous government was declared a nullity by Mr. Paul Ansah, currently one of the two Director Generals of the Ghana Ports and Harbors Authority in 2017 upon assumption of office by the NPP led government.

The NPP-led government then re-engaged the investors (Diamond Cement) resulting in the MOU which Diamond Cement has problems with. Nothing has since taken place except a visit to the site of the intended project at Kedzi in Keta by the Board of Directors led by the Board Chairman Mr. Peter Mac Manu in August 2018.

There is no information whatsoever that apart from the owners of Diamond Cement, government has found other interested investors in the intended Keta Port project. So to appoint a director for a non-existing sea port at Keta with full status as directors of Tema and Takoradi Ports is not only preposterous, infuriating but attempt to cause willful financial loss to the state.

Meanwhile, there are currently four directors of ports for the two existing and functioning in the country ports i.e. Tema and Takoradi Ports. In effect, two of these directors are redundant. If for nothing at all, why wouldn’t the President appoint one of the redundant directors as director for the imaginary Keta port rather than appointing Dr. Edusei bringing the number of Directors of ports to five when only two are needed. Perhaps this novelty is yet another “presidential initiative”.

This appointment is unnecessary and a rape on the resources of GPHA and for that matter the Ghanaian taxpayer.

A director of ports in Ghana as I am told is entitled to:

The above listed, are the entitlement benefits for Dr. Edusei, the Director appointed by President Nana Akuffo Addo for the non-existent Keta port.

Ladies and gentlemen of the press, I Richard Quashigah, the Member of Parliament for the Keta constituency on behalf of the people of Keta Municipality in the name of God solemnly plead with President Akufo Addo to reverse the horrendous decision of an appointment.

We are desirous of having a port in Keta, the reason for which we applauded him when he issued an Executive instrument declaring the coastline of our beloved Keta as a sea port.

We have had continuous day dreams of a functional real Keta port from the day that the officials of GPHA showed us the artistic impressions of the Keta port three months ago at the British Council in Accra.

We are sad to note that this glorious dream has been disrupted with a rude shock with this latest move of his Excellency the President.

Once again, we call on the President Nana Akuffo Addo to bring back the smiles on the faces of the people of the Keta Municipality, by engaging in fruitful, pragmatic and practical approaches in making real the Keta dream for a sea port.

We thank the Media for your solidarity and all well-meaning people of our homeland.

And God bless all who remain true and sincere to the aspirations of our people!