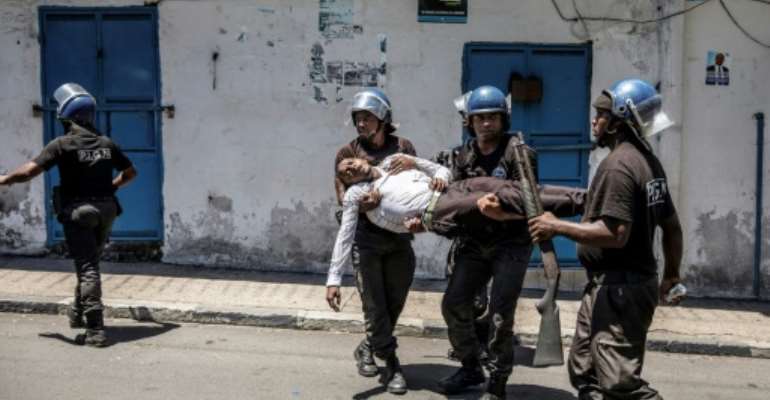 Violence broke out in the Indian Ocean nation after a defeated presidential candidate bidding to unseat the president was arrested. By GIANLUIGI GUERCIA (AFP/File)

The African Union has called on all sides in Comoros to "show the greatest restraint" amid violence and a political crisis in the wake of disputed elections.

AU commission chief Moussa Faki Mahamat said he was "concerned about the deterioration of the political and security climate" on the Indian Ocean archipelago, in statement released late Friday.

Comoros is in the grip of a political crisis following President Azali Assoumani's victory in March 24 polls, that his opponents say was rigged and led rivals to unite against him.

Mahmat added he "deplores the violence that resulted in loss of life."

Violence broke out in the Indian Ocean nation after a defeated presidential candidate bidding to unseat the president was arrested.