Ghanaians Are The Cause Of Our Own Underdevelopment 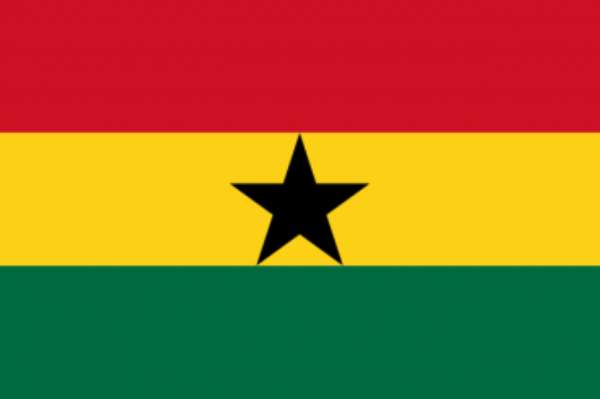 In Ghana, talk of the character of discontinuation of many developmental projects by various governments, the attitude of lateness to work, the satisfaction to live with filth, the desire to shirk our civic obligations and a sheer violation and misapplication of basic rules of society. Even in cases where logic is underrated and a cynosure is manipulated as a navigational rudder to common sense and positive attitude, we still skim and violate them.

For instance, the last time I passed through Kwame Nkrumah Interchange in the central business district of Accra- I saw people sitting whiles others standing under Overhead-bridges where sharp stones are mounted to prevent people from stationing there. Some even went far to formalize their attitude; ignorance, arrogance and what of you by placing benches and tires in between the stones for their comfort and relaxation.

Spontaneously, my mind queried, are these people first-class creatures (animals)? Because what distinguishes first class creatures from second class is intellect, the ability to recognize basic rules of life and obey them without necessarily being instructed. Probably, they are still expecting Officers of AMA or more believable expatriates from the West to come and tell them that sitting or standing there is not safe thus the need for mounting stones there. Are our actions always influenced by the thought or we are always acting in obliviousness as a nation? Though our governments like many others also have its imperfections, must we continue to blame our governments squarely for our failures whiles our attitude or character as citizens remain fixed as the Paleolithic man? By deeds, we have accepted and embraced the Colonialist version of the African perspective than the Pan-Africanist ideology.

It is not surprising for a group among us to feel that Africa and for that matter, Ghana should not have been unencumbered from the chains of colonialism. Ostensibly, their feelings are not far from right when match with Thomas F. Dixon words on questioning the African capability and attitude.

He asserted; "Since the dawn of history, the negro has owned the continent of Africa- rich beyond the dream of poet's fancy, crunching acres of diamond beneath his bare black feet. Yet he never picked one up from the dust until a white man showed to him its glittering light. His land swarmed with powerful and docile animals, yet he never dreamed a harness, cart, or sled. A hunter by necessity, he never made an ax, spear, or arrowhead worth preserving beyond the moment of its use. He lived as an ox, content to graze for an hour…He lived as his fathers lived". Comparing Dixon's derogatory remarks on Africa to Kwame Nkrumah and the Pan-Africanists' belief that the black man is capable of managing his own affairs, one can confidently say that we are more of the words of Dixon than Nkrumah's.

But why did I say this? In the event of opening nomination for the NDC presidential contest, many of the aspirants created platforms for fundraising campaigns. Some people and constituencies paid their loyalty and solidarity to the 7 aspirants by gathering at their various offices to contribute pennies in support of their candidate's course. For instance, on 3rd December 2018, the Asawase constituency executives pride themselves for picking a nomination form for the former president John Dramani Mahama which cost GH₵20,000.00. In addition, some painstaking Ghanaians across the country defied all economy odds to gather at aspirants’ offices or through electronic payment systems (Banks and MOMO) to contribute as low as GH₵1.00 for their preferred candidates to pick forms and file their nominations.

As necessity as evidence-based, these charitable Ghanaians inundated social media with images of their contributions as a show of gratification for their effort towards their aspirant’s vision. Some of these aspirants and their representatives confirmed this by stating on various media outlets that their forms were paid by their supporters. For instance, On 3rd December, 2018, former President H.E. John Mahama wrote on his official Facebook page that, "I am overwhelmed by your generosity- that within 24 hours many of you, not only known supporters of the NDC, have come together and raised more than enough to support the cost of picking my forms and filling the nominations to lead our great party to #Victory2020…I am further humbled by the teeming number of you, who gathered in my office, to contribute your widows' mite to my campaign. Thank you".

I am not from Kumasi but at least I have studied there for 4 years and have experiences about the city. As a political science student crisscrossing Kumasi and its peripheries, I have had a soupçon with some key development issues especially in the Asawase constituency which pricks my heart and awakens my dead emotions. I have encountered the unbearable stench generated by the Pelele Stream which runs from Dichemso through Aboabo to Anloga junction. This drain does not only pose health challenges to the people living around it but flood threats as well. Also, I know about the bad roads with many potholes in the Asawase constituency serving as death throes to lives. Admittedly, one cannot dispute the fact that this constituency is either first or second if roll calls are to be conducted on poor housing and sanitation in the city.

Despite all these issues, the people of Asawase managed to swim their necks out of the muddy waters and saw only John Mahama’s problem of campaign fund as a pressing issue rather than the numerous problems in their constituency. Indeed, necessity is a relative word! Asawase like other parts of the country could not mobilize to dredge their choked drains either can they heartily organize to undertake a clean-up exercise of the vicinity that threatens their very existence every day. Yet, these are people that find it convenient to contribute mites of Cedis that amounted to millions to support aspirants and political parties to come back to power. However, they cannot contribute selfsame bits of Pesewas to fix their broken roads in their various constituencies which cause them 1000 add of lives every year!

Even so, isn't it ironically that citizens will renege on their civic responsibilities of paying taxes but contribute to things that are relatively unjustifiably? I remember when the TV license tax was on the front pages of the media and how Ghanaians greeted it with the glee of mockery and laughter. Funnily, this mockery was not because they love the nation so dearly and wish to get the best out of its institutions but it is because they are reluctant to pay taxes!

Even granted their reason that State TV station(s) does not deliver to satisfaction is legitimate; but I think for an entity to function to satisfaction, you first need to resource it well before you can hold it accountable to its productions or duties? Other than that, we have no cause to complain about what we consumed generously from their productions. But that was how we worked it out until it faded out of the headlines and feels shy to reappear again.

Is that the Ghanaian understanding or way of development? Not only TV license but how many of us are willing to pay our taxes as citizens and as a debt owed the nation? The Tax Identification Number (TIN) registration is enough evidence to justify this claim. Aside, those in the Public sector and few of the successful businessmen who are by regulation coerced to get TIN and pay taxes, how many Ghanaians are interested in it? Likewise, how many Ghanaians will communal labor projects draw to its site as against the massive political walks and talk shops gatherings we see every day?

If we contribute for presidential candidates to come to power, it is this same contribution and spirit of communalism that they will need from us to fix the broken bridges in our various constituencies. A typical case is President Akuffo Addo’s 2016 campaign support fund. Where 1000s of people contributed through buying of scratch cards and via other platforms to bring him to power yet he needed the same money in government to undertake projects but cannot get it! Well, we have helped him achieved his childhood dream but what about the national dream?

Today, if President Akufo-Addo decides to impose a GH₵1.00 development levy on selfsame people for the development of their constituencies, the story will not be as it was. It will not amaze one to hear our President is being described and labeled as inhumane, call all sorts of names to depict bad leadership and a lack of compassion for his subjects. A testament to this fact is the traders at Abossey Okai, who contributed monies for President Akuffo Addo in the 2016 campaign but suddenly decried his exorbitant charges placed on their imports.

Yet, these are people whose eyes lack the strength to see the suffering of their next door neighbor or the destitute on the streets in their various constituencies before contributing to political parties. Unfortunately! Are we always interested in what will benefit us less against what is a constituency or national pride? I wonder what the answer of the Ghanaian would be if he is ever questioned on his citizen priority? Going into the future, maybe Ghana needs a college of common sense to function well.

At the heart of Ghana’s development is the mindset of people. Why is it that Litterbins are provided as guideposts to a healthy and clean environment yet people drop their trash under the bins but not inside? Arguably, the restorative for our sanitation challenges is not bins but the mindset. This attitude does not only manifest itself in the sanitation sector alone but it is across all our development spheres in different forms. Quran 13:11 says that "Verily, Allah (God) does not change the condition of a people until they (first) change their ways and their minds". Thus, our stagnation as a nation, is not a matter of resource gap neither is it a leadership problem- nonetheless, it is cumulative of negative attitudes perpetrated by indigenes of the country. The many religious chants and incantations cannot save us from the horrors and mess created by our own hands until we change the mindset as a people.

Henceforth, Ghanaians must not disentangle themselves from the many governmental slips and failures but consider them as a testament of their individual failures as a people

I stand for the interest of Ghanaians and together, we shall fight for the change we deserve.