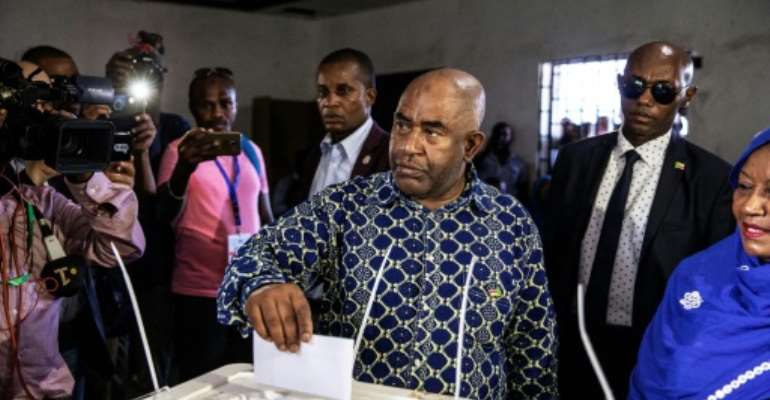 Polls closed Sunday on the tiny archipelago of Comoros with President Azali Assoumani widely expected to win a new term in an election that rivals say has been hijacked.

The main opposition, however, alleged after the polls closed at 6 pm (1500 GMT) that irregularities at several polling stations reported by the electoral commission amounted to a "coup d'etat" and called for public "resistance".

"We candidates declare the current government illegitimate... (we) call on the people to resist and mobilise against it," the head of the Union of the Opposition group, former deputy president Soihili Mohamed told journalists on Moroni island.

Accompanied by around 30 supporters, seven candidates marched on the National Assembly, which houses the national counting centre, to "prevent ballot boxes from reaching (the capital) Moroni", Mahamoudou Ahamada, a candidate for the opposition party Juwa said. 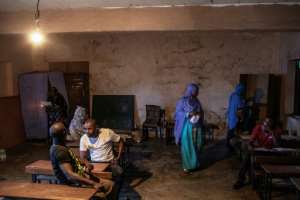 The main Comoros opposition alleged that irregularities at several polling stations reported by the electoral commission amounted to a "coup d'etat". By GIANLUIGI GUERCIA (AFP)

Azali confirmed but played down sporadic incidents after voting at a school in Mitsoudje on the main island Grande Comore.

"I've been told there have been some problems -- it's not a surprise," he said.

"We were aware during the campaign there are some people who were not out there to win but to prevent the vote taking place.

"The situation is under control", he said, adding he was "confident" of winning.

An electoral commission official told AFP a dozen booths had been vandalised on Anjouan while witnesses said several stuffed ballot boxes had been found and some opposition poll assessors had been prevented from going about their duties. 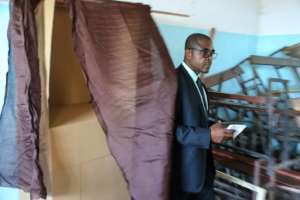 "Given that my delegates have been prevented from entering polling stations.... I shall never recognise the results," Juwa's Ahamada said after voting on Grande Comore.

"We need real change in this country, not empty words. We need peace, security and progress," said Mohamed Chaine, 38, a voter in Moroni said. 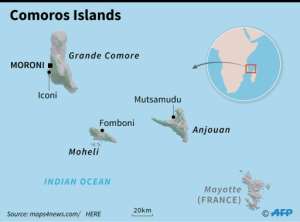 "I hope my choice will be respected," said Allaoui Elarif, 70. "I don't expect any trouble, demonstrations here. It is afterwards, at the election commission where I am afraid they will cheat."

Huge campaign posters emblazoned with the face of Azali, 60, cover the whitewashed walls in the capital Moroni and line roads on the three islands of Grande Comore, Anjouan and Moheli.

The Supreme Court has barred some of Azali's major rivals, including former president Ahmed Abdallah Sambi, accused of corruption, from running.

In a pre-election visit to Anjouan, Azali oozed confidence and burst out laughing when asked about defeat.

"That's a question I won't answer. When you set out to do something, you do it to win!" he said. 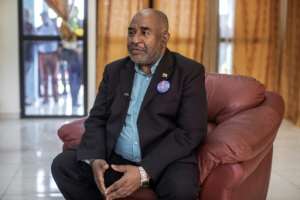 The outgoing president of Comoros Azali Assoumani is an authoritarian ex-soldier to his foes, a champion of democracy to supporters. By GIANLUIGI GUERCIA (AFP/File)

The mainly Muslim Indian Ocean archipelago of 800,000 people is one of the world's poorest and most coup-prone states.

It has suffered more than 20 successful or attempted power grabs since gaining independence from France in 1975. Its first leader, Ahmed Abdallah, lasted barely a month before being ousted.

Azali is staging the poll after Comorans voted in a referendum, boycotted by the opposition, to support the extension of presidential mandates from one five-year term to two, rotating among the three islands.

The change upset a fragile balance of power established in 2001 that sought to end separatist crises on Anjouan and Moheli and halt the endless cycle of coups. 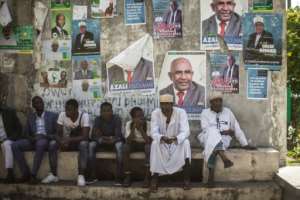 Supporters of the opposition Juwa Party sit beneath campaign posters ahead of a rally in a village near Moroni. By GIANLUIGI GUERCIA (AFP)

The opposition fears that Azali, a native of Grande Comore and last elected in 2016, could hold power for 10 more years until 2029.

The referendum last July led to violent protests on Anjouan, which would have taken over the presidency in 2021.

Soilihi Mohamed, one of those who has been barred from running, dismissed the election as a "great masquerade".

"The plot has been written out in advance. On the evening of March 24, there'll be an announcement of victory (for Azali) in the first round," Soilihi predicted. "It'll be forced through."

"Everyone is against him," Ahamada said.

Azali, a former army chief of staff, first seized power in a coup in April 1999.

He toppled an interim president he saw as weak in handling secessionist forces and then was elected in 2002.

Earlier this month, according to his staff, Azali survived an attempt on his life on Anjouan in which plotters used explosives to cause a rockslide targeting his motorcade.