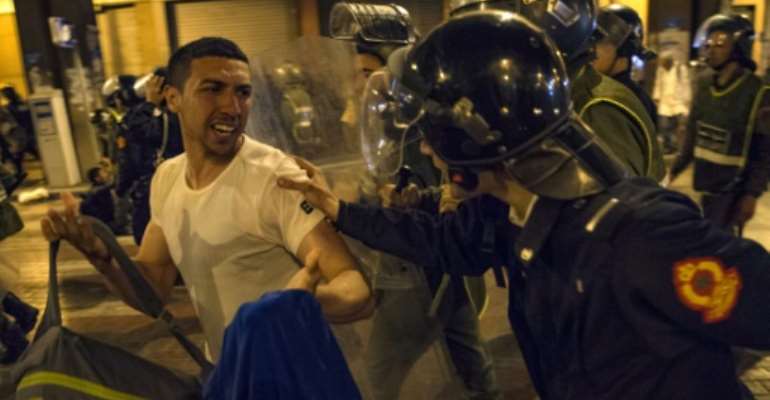 Thousands of teachers flooded the streets of the Moroccan capital on Sunday to demand better conditions after a nighttime protest dispersed by riot police left dozens wounded.

Teachers on temporary contracts have been on strike since March 3 demanding permanent employment arrangements that would improve their rights and benefits, especially over retirement.

As night fell, demonstrators held aloft candles and used their mobile phones as torches, before setting up a makeshift camp in front of parliament.

Police moved in to break up the gathering after the protestors refused to leave following more than two hours of negotiations, according to an AFP journalist. 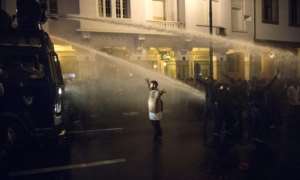 Moroccan police broke up the protest by teachers after more than two hours of negotiation failed. By FADEL SENNA (AFP)

Around 60 people were lightly wounded and taken to hospital, according to Othman Zeriouch, one of the organisers of the protest movement.

On Sunday morning several thousand teachers were back on the streets of Rabat, chanting slogans such as "we must safeguard free education" and "teaching is not a commodity".

They also demanded changes to current temporary contracts -- saying "the people want (their) abolition" -- in the protest which lasted several hours and followed a march to parliament.

Zeriouch said a meeting would be held later Sunday to discuss future action.

Teachers on temporary contracts enjoy the same salaries as their permanent colleagues -- 5,000 dirhams ($520) a month -- but unlike them do not have access to a pension fund and other benefits.