Africa Has The Most Expensive Mobile Internet In The world 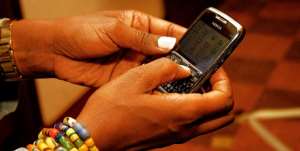 Technology in Africa is gradually improving many sectors, including the business but Africa is paying a lot for mobile internet services.

Over the past decade, there has been an increase in the penetration of smart-phones among African countries; however, the progress in reducing the cost of Internet access is not yet visible.

The results of the two reports on prices for a mobile Internet show that the “affordable” Internet is still inaccessible to many African countries.

The results of the Alliance for Affordable Internet Survey (A4AI), conducted in 60 middle-income and low-income countries, showed that at the end of 2017, only 24 countries were able to achieve the goal set by the UN Commission on Broadband, must exceed 2% of the average monthly income.

According to the data obtained, it was found that in these countries, on average, users pay 5.5% of the average monthly income per gigabyte of data. However, in Africa, this problem is most acute, since users there pay the most for the mobile Internet.

The Ecobank report provides similar information about the high cost of mobile Internet in Africa. In Equatorial Guinea, Zimbabwe and Swaziland - the three most expensive countries - one gigabyte of mobile data cost more than $ 20.

The median price across the continent is about $ 7.04, with prices in most countries exceeding the target that was set by the UN Commission.

In 10 countries with at least four mobile operators, the average price is even lower - $ 5.25. The disadvantage of high prices for mobile Internet is the barrier to access of millions of people to the Internet, which creates a digital division.

In addition to ordinary people, the high cost of the mobile Internet greatly affects millions of small businesses across the continent. Studies have shown that small businesses using the Internet are growing twice as fast as those that do not.

At the same time, the problem is not only the high cost of services: the speed of access to the Internet throughout the continent also remains low, below the global minimum standard.

Nkoranza youth court case: Police have proven that TV sets a...
56 minutes ago