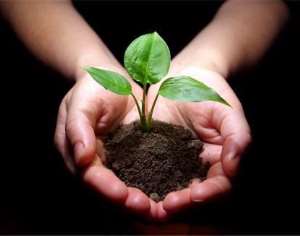 Power serve as a currency of politics. Just as money permits the efficient flow of goods and service through the economy, so as power enable collective decision to be made and enforced. Therefore, power is the tool that enables leaders to achieve collective goals. Power, development and transformation are three great variables which correlates and when at a balance stage ensures the progress of countries.

Despite the abundance of natural resource on the African continent, majority of people and countries still wallow in abject poverty and penury (victims of the resource curse). Indeed, the Garden of Eden is in decay. The level of development leaves so much to be desired. It is pathetic our leaders turn to countries which through our resources are now developed for aid. This underdevelopment can be laid at the doorsteps of ill prioritization by our leaders. African leaders divert the continent’s resource into private accounts or to white elephant projects which will bring them temporal glory.

Three decades of preoccupation with development in Africa have yielded meager returns. African economies have been stagnating or regressing. For most Africans, real incomes are lower than they were two decades ago, health prospects are poorer, malnourishment is widespread, and infrastructure is breaking down. Many factors have been offered to explain the apparent failure of the development enterprise in Africa; corruption of leaders, poor labor discipline, the lack of entrepreneurial skills, poor planning and incompetent management, inappropriate policies, low levels of technical assistance, unfavorable terms of trade and low levels of saving and investment. These factors are not irrelevant to the problem alone or in combination they could be serious impediments to development as asserted by. This act of ruling on the part of our leaders has weaken the economy of countries leading to our underdevelopment. Therefore, this essay seeks to identify some of the ways through which as African leaders, how we would finance development and transformation.

As an African citizen, I will propose that they finance development and transformation through Taxation. This is one major way through which government gain revenue for any governmental activity and failure to pay, or evasion of or resistance to taxation is punishable by law, measures must be put in place to ensure that citizens pay them. Example of such taxes or levies includes; petroleum tax, Road tax, Duties (tax on importation), corporate income tax and personal income taxes. I will further suggest that the governments construct new harbors that will increase the revenue of government and also do increase them in order to generate enough revenue for the development and transformation of the continent.

Moreover, the leaders can finance development and transformation by empowering the Agricultural sector. Thus, instead of trying to be the jack of all trees and eventually becoming none, the African continent need to channel resource into areas that they have competitive advantage. It is no news that, the continent has a competitive advantage in agriculture due to the availability of vast arable lands. This area when diligently worked on could be a panacea to African development and transformation. In this regard, the leaders should direct resource to large scale and mechanized farming and should go hand in hand with the provision of storage facilities to curb post-harvest loses. When this is meticulously considered, Africa as a continent could become the world’s food zone, thus foreign exchange could be earned through exporting food to other countries and in the long run, will facilitate development. So, in agriculture, as a leader, they should support farmers with fertilizer and organize workshops to educate them on farming techniques because investing in Agriculture is the foundation for a stable and decisive government. As John Dumelo puts it “Agriculture is the solution to Africa, especially Ghana’s problems”.

In conclusion, I can tell for sure that, if the above-mentioned measures are properly followed or put into practice, Africa will see massive transformation and development that will leave the entire world in shocked. This requires committed leadership, setting priorities right and channelling resource into the right and proper projects. It is my optimism that, this can be done and must be done because if it is not done, Africa will remain in the words of Tony Blair, a scar on the consciousness of humanity. I do not personally belief in aid and would rather encourage the patronization of locally produced goods rather than allowing for foreign product to floor the economy.