Ghana’s Problems; The Culture Of Rebranding 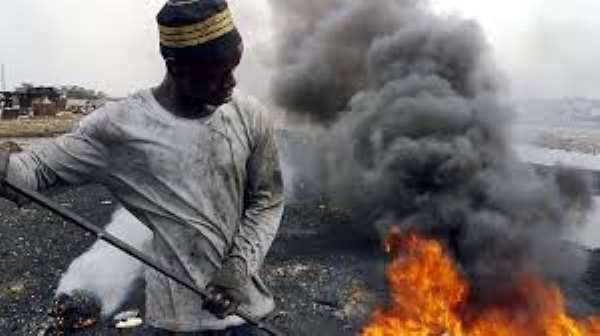 The citizens of the Republic of Ghana, as a matter of fact, exclaim every day for there are so many problems that distress them every day hitherto such problems are only being renewed but not critically being taking into proper consideration and perhaps, no solution is being postulated at all. Do we call our leaders liers, well, I do not know but I absolutely do believe that every problem should have a solution?

Power is being considered as a currency that gives leaders the right to change things and reshape all broken promises. In Ghana, our leaders do not solve our problems, they only rebrand them. There is an instance where most problem which they would have resolved at once, is being rebranded just to manage with the situation for some period and at the end causing more harm than good. We are only postponing and protracting the problems and spending state monies on unfounded renovations which probably would not change anything. It would only let the problems persist for long. All these problems which were only rebranded are those same problems taking us back and retrogressing our growth. We must learn to solve our problems with meekness and stop the culture of rebranding. We have lots of resources but, have we wondered why we are not able to develop or challenge our neighbor countries. It is because we allow unsolved problems from the past to hunt us today. Let take a brief look at some of the issues which could have been resolved once and for all but have been rebranded.

We had polytechnics. We changed their names to technical universities without significantly overhauling their systems and structures. Somehow, we feel the change has solved all our problems meanwhile, it is just an old problem with a new name, the culture of rebranding. Furthermore, we had teacher training colleges and we changed their names to colleges of education and have made them 4-year degree awarding institutions. Same old facilities with a new name and new degree. The old problem with a new name. Still culture of rebranding.

We had secondary schools and changed them to senior high schools without really solving its major problems: the fact that our senior high graduates finish with mere book knowledge and no proper professional skills to face the real world. Our leaders have no idea to change the curriculum from knowledge-based to technically and vocationally oriented institutions but they claim they want to award diploma not certificate anymore. Instead of making the educational system a quality one by providing a conducive environment for learning, they rather made it free and in the end compounding the problems. Same Old problem with only an adjustment of a new name. We also had ECG and through some privatization attempts by previous government, we have changed its name to PDS, thus, Power Distribution Service. Our lights would go off the entire day but they just changed its name with still an Old problem. We changed WAJU to DOVVSU, still the same problem, new name. We changed VELD to DVLA, same problem new name. We changed FDB to FDA, Flagstaff house to Jubilee house. New name. Same corrupt officials🏃🏻🏃🏻🏃🏻. Culture of rebranding

We are actually still trying to get our politics right because if our leaders had the politics right and being able to live by the rules of the game, they would have noticed that they are only rebranding the problems but not solving them. Our leaders are just named changers specialist but don't want to resolve the problems. We won't move forward as a nation until we stop rebranding the problems and solve them amicably. Ghana must grow and must grow faster, why we would be managing since 62Years now when we started the race with Malaysia and some other countries like Rwanda gained their freedom late yet have risen above our standard. Do we blame our leaders or the state? People are just playing politics blindly and forgetting that those same problems the rebrand are those that affect us today and making it impossible to grow or reach up with colleague nations.

I stand for the interest of the youth and the whole citizenry of Ghana.

Send her to three different hospitals for thorough examinati...
25 minutes ago