CAF Champions League Surprise Side On Course For Quarter-Finals 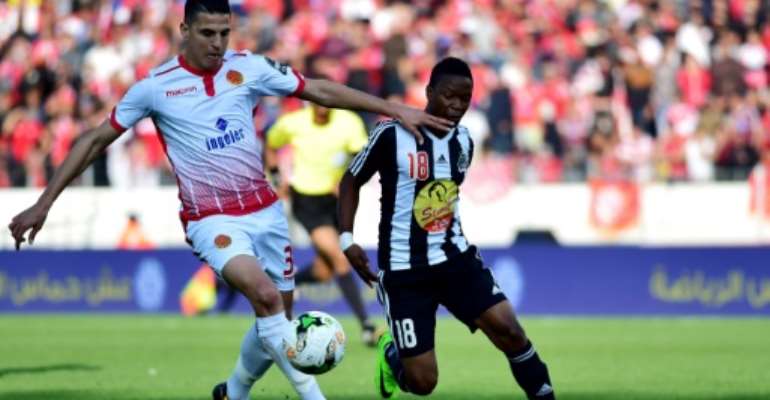 CAF Champions League surprise side CS Constantine of Algeria will be the first qualifiers for the quarter-finals if they avoid defeat Friday at home to Club Africain of Tunisia.

Having already beaten Africain in Tunis through a late Abdenour Belkheir goal, the club formed in 1898 have grounds for optimism.

But France-born coach Denis Lavagne is wary of the third-place Tunis outfit, who must win to get back into contention for a top-two finish and a knockout-phase slot.

"We may need only one point to reach the quarter-finals but dare not underestimate Club Africain because it is a do-or-die match for them," he told the Algerian media.

Should Constantine at least draw, five-time champions TP Mazembe of the Democratic Republic of Congo will also qualify from Group C provided they dodge defeat away to Ismaily of Egypt.

AFP Sport previews matchday 5, the penultimate round of group play, with 15 of the 16 clubs still in contention for last-eight places.

Mamelodi Sundowns of South Africa and Wydad Casablanca of Morocco, the 2016 and 2017 champions, will progress to the quarter-finals if they win.

Leaders Sundowns host Lobi Stars of Nigeria in Pretoria and hope the good form of recent Argentine signing Emiliano Tade can rub off on his wasteful fellow forwards.

Wydad have a tougher task, away to former champions ASEC Mimosas of the Ivory Coast, who must win to stay in contention and also want to avenge a 5-2 hiding in Morocco.

Trophy-holders Esperance of Tunisia can seal a last-eight place by defeating Horoya AC of Guinea in the first group match where they will enjoy crowd support.

Crowd violence in a couple of Champions League matches last season led to two group matches being played behind closed doors, both of which Esperance won by two goals.

Orlando Pirates of South Africa are expected to defeat already-eliminated FC Platinum of Zimbabwe in Soweto, and set up a final-round showdown away to Horoya for second place.

Constantine, originally the outsiders in a section containing three former champions, have the best record of the 16 clubs in the four groups with 10 points from a possible 12.

Remarkably, the 12 goals scored by the Algerians in qualifying and group matches have come from 11 players with only center-back Nasreddine Zaalani netting twice.

The multi-national Mazembe team has experienced a fluctuating group campaign, thrashing Club Africain 8-0 at home and crashing 3-0 away to Constantine.

Only three points separate leaders and record eight-time champions Al Ahly of Egypt from bottom club V Club of DR Congo in the most intriguing section.

Ahly has lost two of three away Champions League matches this season -- form that will not inspire confidence before a clash with V Club in an intimidating Kinshasa cauldron.

Simba SC of Tanzania have a shocking away record in the group, twice suffering 5-0 hidings, and while the losing margin may be less at JS Saoura of Algeria, another defeat seems likely.