Charges Against NDC Chair Is A Pinch Of Salt 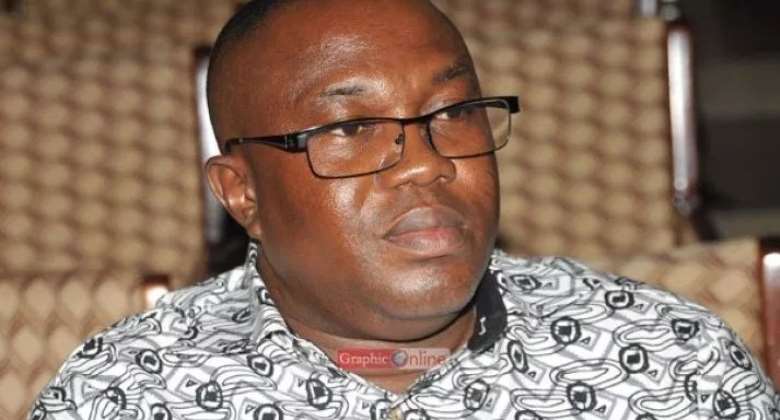 Dismiss the charges brought against NDC national chairman, Samuel Ofosu Ampofo as a joke of the century in terms of constructive and solid police work. On the extreme, Ghana Police Service will be its right - if the police service deems it appropriate - to invite the NDC Chairman for interrogation to ascertain his true intentions.

That in itself would have left much to be desired as there is no solid incriminating evidence to that effect. The paradigm of "pressing and subsequently dropping charges syndrome' has attained national and international level of ridicule

You see, why would Ghana Police Service embark on endeavour that hover around spending public funds on something knowing it would end nowhere, ( won't stand in court of law)? Then comes the content of the charges which includes conspiracy to cause harm, rioting and conspiracy to assault public officials

The hastily calculated police invitation would put the embattled NDC Chairman and his supposed henchmen in conspiracy on high alert to outwit police work. If indeed there is true intention of carrying out what he is being charged with

With societies being dotted with police work for its security and depending on how the police does its work puts the purported offenders ahead of the police. When politicians incite their staunch and gullible followers on public platforms to commit violence with incendiary touch, that is evidentiary. Just as those who seek to disintegrate social cohesion with unbridled "xenophobic" comments with caveat of diffusion

Needless to state that Politicians everywhere are prone to one trick or the other and those in Ghana aren't exception to this. That politicians are capable of recording themselves and diffusing on public platform to achieve political point or gain blaming the "bugging" on others is no longer news

A no-case scenario where taped audio could not be even matched with the real voice of the NDC chair scientifically or forensically. Now that is far-fetched as the matching of the audio and real voice says absolutely nothing. What makes case in court of law, is pairing the voices on one side, veracity of intentions to commit crime, opportunity to commit crime backed by criminal activities perpetrated by him or his accomplices

Our constitution is very clear that freedom of speech and privacy are inalienable rights especially when conversations are held in privacies. Much more when the supposed offender/s has no past criminal records of planning and executing similar crimes. It is no surprise that NDC chairman has aptly and constitutionally exercised the right solid defence of "doctored audiotape"

Legally speaking, previously, court subpoena, bugging and for that matter any purported activity amounting to privacy intrusion ought to be done by authoritative agency (eg. CID) supervised or monitored by judicial secretary to make it legal and valid Anything short of that is flawed if not criminal. This part of the world where l live the usual dictum even among law enforcement agents is "to rob bank to be rich". That is freedom of expression, such dictum would have attracted police and/or judicial penalty in Ghanaian NDC-chair concept

Mine is not failed attempt to a cover-up. Apart from violence associated with vigilante groups, the narrative of political elements unleashing atrocities on populace for gains is not yet proven

CID Department of Ghana Police Service, per Don Lapidary, would have been the top of its job should CID pre-emptively seek court subpoena or warrant and methodically do followup to actually red-handedly thwart the purported conspiracy now that they have something to convince a judge with.

We still have police stations under tensions wires, the last time l was in Ghana, l couldn't believe police stations aren't dotted with modern logistics like computers etc. All is "manual". How do we expect the police to be efficient?

As for NDC chair saga is complete waste of time because it won't stand in court. Generally, politicians aren't 'enemies' of state for that much shouldn't be constant object of target or should the police unconstitutionally allow themselves be manipulated by a third party against the other simply because the former is in corridor of power. The police service per constitution should remain neutral and so it must be

As the talk of disbandment of violent political vigilante groups is in full force, my contention is police should work hand-in-hand with all political party executives to ensure national security and cohesion