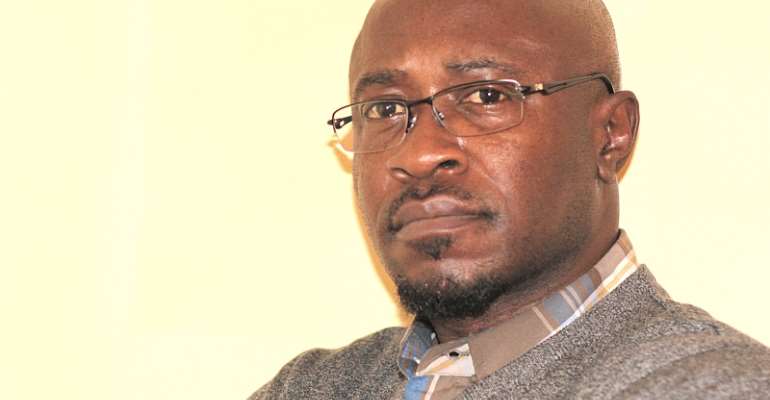 This month marks the eighth anniversary of the uprising that culminated in the imperialist assault on Libya by NATO forces and the killing eight months later of longtime leader Colonel Muammar Gaddafi.

The uprising had kicked off in mid-February of 2011, after so-called activists – via Facebook, twitter and YouTube – called for a “day of rage” against the government of Colonel Gaddafi, who had ruled the country since his Al-Fateh Revolution of 1969, which removed the imperialist-client monarchy of King Idris.

It is doubtful whether media outlets that decide to mark this footnote in the bloody history of imperialism will spare a thought for the many hundreds of Africans who were massacred in cold blood during that episode – in scenes reminiscent of the worst excesses of lynch-mob violence against Africans in the American Deep South, which continued into the 1950s.

You don’t need a crystal ball to predict that, on this anniversary of Libya’s so-called glorious revolution, mainstream imperialist media will harp on about “mistakes” of the West in failing to plan for a post-Gaddafi “settlement”; they will lament the chaos and political gangsterism that now characterises the once-stable and relatively prosperous polity, and call for a national conference to bring the belligerent factions to the negotiating table, and so no.

Indeed you can bet your bottom dollar that the last thing the media merchants of death want is to draw attention to their odious role in the mass murders of innocent Africans in the oil-rich country. So, they will not be recalling the anti-African pogroms triggered by their fake-news reports of “black African mercenaries” killing “innocent Libyan protesters” on the orders of Gaddafi.

This campaign of disinformation, that Gaddafi was literally importing mercenaries from African countries to violently crush an allegedly popular and peaceful revolution against his rule, was the basis for claims by the imperialist nations and their media mouthpieces that Colonel Gaddafi was “killing his own people” – claims used as justification to wage war on the country, which was euphemistically called “humanitarian intervention”.

“So-called revolution neither peaceful nor popular”

The fact that this so-called revolution was neither peaceful nor popular was not disclosed by these purveyors of fake-news. The bent press “forgot” to mention that the so-called peaceful protesters included armed members of a British Secret Service-funded extremist outfit (the former Libyan Islamic Fighting Group), and fighters loyal to a CIA asset and former Gaddafi lieutenant (Col Khalifa Haftar) who the Americans had been grooming for decades to replace Gaddafi.

This concerted campaign of fake-news reporting was central in galvanising world opinion into agreeing with the imperialist narrative that “something had to be done” about Libya. Apparently, it was but a short step from that position to one of accepting that it was okay for the Western powers to use their overwhelming might to crush a Third World nation that had been a thorn in its side for decades and, in the process, murder its leader in cold blood.

Thus, when all the lies are separated from the objective empirical matter, the imperialist adventure in Libya was predicated on Gaddafi’s alleged use of black African mercenaries to, as the media merchants of death put it, “kill his own people” – a ubiquitous form of words that has entered the political lexicon as justification for the removal of leaders of weaker nations who are antithetical to the interests of empire.

The myth of the blood-thirsty black African mercenary butchering innocent protesters at Gaddafi’s behest was central to the case the media and their masters made for “humanitarian” intervention.

Further, since this disinformation campaign was the precondition to the genocide of Africans in Libya, the ineluctable conclusion to be drawn here is that the imperialist powers of the West achieved their goal of regime change in Libya by triggering the genocide of black Africans in the country. In addition, the imperialist and bourgeois media were very willing and enthusiastic accomplices in the genocide. Indeed, how could it be otherwise when they were its instigators!

Some may object to my use of the word “genocide” to describe the atrocities committed by white Arabs against black Africans with the connivance and acquiescence of Western media and their political masters. We beg to differ. The word “genocide” is not “inaccurate”, or “too heavy” to use in this context. The terms “mass murder” and “massacre” would also suffices, but “genocide” is the most apt for, as my online dictionary informs me, genocide is the “deliberate killing of a large group of people, especially those of a particular nation or ethnic group”. And that, dear reader, is precisely what happened in that arid, North African terrain eight years ago this month.

“What has changed? Same difference, if any!”

As I wrote in The Dialectic and the Detective: The Arab Spring and Regime Change in Libya, my book on the 2011 imperialist assault: “This black genocide reached a climax in August 2011 when Tawergha, a town of 30,000 black Libyans located to the west of the country, was ethnically cleansed”. According to one report by Human Rights Investigations, the town was “emptied of its entire population: its people having either been killed or fled, amidst reports the remaining population in the area are being picked off as they try to find water and food.”

This was happening not in twentieth century America, but in twenty-first century Africa! Indeed, Africans were being lynched in the Land of the Free for being African in the decade just before I was born, in my parents’ lifetime. And they are being killed today for the crime of being black, both in Libya and in America – in Libya by thugs in green, trained, armed and anointed by imperialism; and in America by thugs in blue, trained, armed and anointed by capitalism. What has changed? Same difference, if any!

This genocide against the African population in Libya, under full the glare of the international media spotlight, could not have been possible without the perpetrators’ total conviction that they had the approval of the Western media and their political masters. This was because the space in which they operated was deliberately, painstakingly created and sadistically nurtured by these puppet masters as they effectively declared open season on Africans for allegedly killing “peaceful protesters” on Gaddafi’s say-so.

In a word, the perpetrators, the so-called “revolutionaries” of Western media folklore, knew that they could murder, burn and rape and dispossess as many black people as they liked and no-one would hold them to account for their crimes.

Sundry rights groups and NGOs have since discredited the claims that so-called African mercenaries were deployed by the regime to crush the insurgency. But even during the early months of the insurgency there were very credible reports from independent bodies that the government was not even targeting protesters, as was claimed by Western leaders and reporters. One such was a report by the British Civilians for Peace in Libya, which published in April 2011 a report based on their fact-finding mission to the country. They saw no evidence of systemic violence against civilians, and expressed concern that “Western media outlets are failing in their duty to report on the conflict truthfully”.

Contrary to corporate media reports, they said, the government had in the early months of the insurgency been trying to win over opponents. “Rather than trying to remove threats to the regime in the east, in Cyrenaica, Gaddafi spent six months trying to pacify the tribes that were located there,” said one of the report’s authors, George Joffe of Kings College, University of London.

“Presided over by Obama, the clown and paid agent of imperial America”

Like all the best lies, the disinformation campaign had a grain of truth, for the simple reason that there were some African migrants (a tiny minority) in the country’s army and police. If European countries like Britain and France have Africans in their armed forces, why wouldn’t a country that is located on the African continent? As I have documented in my book, there is some evidence that the regime did hire relatively small numbers of mercenaries. These, however, were mainly composed of men from Europe and the former Soviet Union. White South Africans were also recruited. However, these facts were covered-up by the Western Propaganda Brigade, Fourth Estate Division.

There were a few documented cases of penniless African migrants being coerced into take up arms against the Western-trained insurgents on being beaten or killed by Gaddafi loyalists. But a single bee does not make a swarm. The devilishly ingenuous disinformation campaign was specifically designed to capitalize on the traditional racist attitudes of the majority Arab population and, also, on festering resentment of Gaddafi’s so-called Pan-Africanist convictions.

Today, eight years later, after their goal of regime change has been won, politicians in the West pretend they had no hand in Libya’s African Genocide, while their corrupt and beholden media messengers have shredded evidence of the toxic fake-news stories they used to stoke-up genocide. If you searched on google, you would be hard put to find a single article from these gutter journalists, the hard evidence that they legitimised violence against so-called “African mercenaries”.

They were all involved in the deadly sport of inciting genocide for the greater good of imperialism – the BBC, America’s CNN, ABC and CNBC, Britain’s Channel 4 News and ITN, Aljazeera, Al-Arabiya, the Guardian, Washington Post, New York Times; name one big name in the international media firmament and they were complicit. But traces of their crimes can be found if you looked hard enough.

The real price of regime change in Libya and the murder of Colonel Gaddafi was the genocide of Africans in the country. They were not so much collateral damage, as the sacrificial black sheep to be slaughtered on the altar of imperialist interests. The postscript to this African Genocide was the outrageous and unbelievable spectacle of Africans being sold as “slaves” in the markets and bazaars of Tripoli and Benghazi from 2017.

But the saddest part of this whole saga is that the man who nominally presided over this new African Genocide is a so-called African by the name of Barack Obama, a clown who thought he was the Chief Executive of Imperial America, but was nothing but its paid agent.

* Julian Lahai Samboma is a Pan-Africanist and the author of “The Dialectic and the Detective: The Arab Spring and Regime Change in Libya”, which is available on Amazon. His website is eBeefs.com.