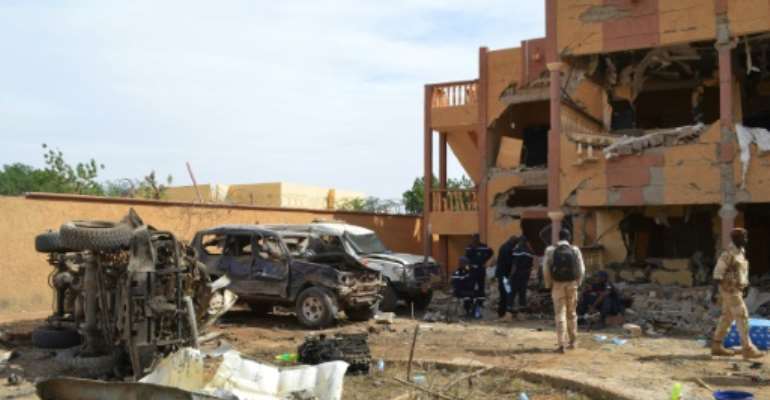 Blast: Aftermath of a suicide car bomb in Gao, northern Mali, last November that targeted a residential area used by UN sub-contractors. Three civilians were killed and around 30 were injured. By STR (AFP)

The African Union's peace and security chief Smail Chergui called Monday for member states to tackle the root causes of extremism, as he deplored the spread of "terrorism" in the Sahel.

"Terrorism is expanding," Chergui told journalists on the sidelines of an AU summit in Addis Ababa, pointing in particular to countries on the Sahara's southern rim.

"There are increasing numbers of terrorist movements, who attack civilian populations and institutions in these countries."

"Almost on a daily basis, Burkina Faso now is facing criminal and terrorist attacks," he said.

Chergui said the combination of extremist attacks, inter-ethnic conflict and clashes between pastoral and agricultural communities was leading to an "unprecedented high level of violence." 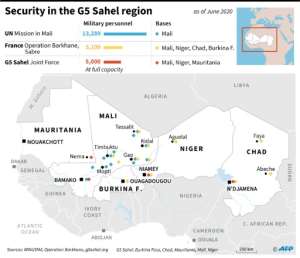 He said that AU member states had agreed to address the scourge of extremism in a more comprehensive manner.

He highlighted youth unemployment as a key challenge.

His comments echoed those of Egyptian President Abdel Fattah al-Sisi, who took over as AU chair on Sunday with a call to tackle the root causes of extremism.

The Islamist revolt in the Sahel took off after chaos engulfed Libya in 2011. Jihadist attacks erupted in northern Mali as Boko Haram arose in northern Nigeria.

The French army largely flushed jihadists from Mali, but they have gained ground in neighbouring Burkina Faso and Niger, while Chad is battling unrest on its borders.

Lack of funding and training, as well as poor equipment, have hobbled the G5 Sahel initiative.

"The troops are ready, but there is no equipment," said Chergui.