Historic Hotels and Their Legendary Guests 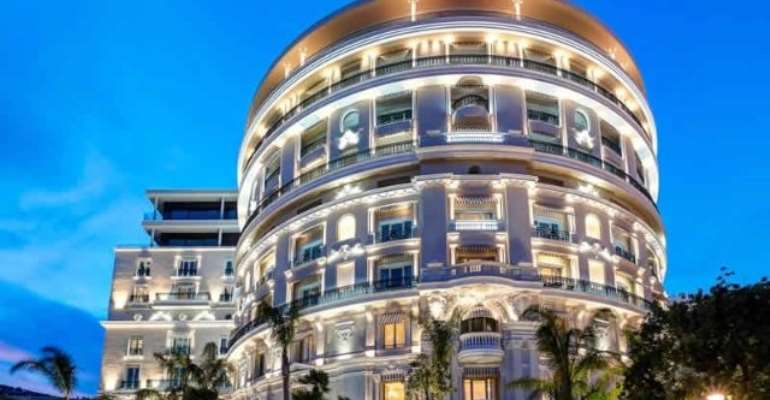 Coco Chanel checked in to the Hôtel Ritz in Paris and left 34 years later, while in London, Claude Monet stayed at The Savoy, where he'd sit and paint the River Thames through the city's fog. Members of royalty -- both real and Hollywood -- have joined singers, sport stars, politicians and more as some of the famous guests frequenting select, high-end hotel rooms and suites around the world.

Here are 14 properties that have gone down in history thanks to some of their famous guests. And you can stay at any of them today: 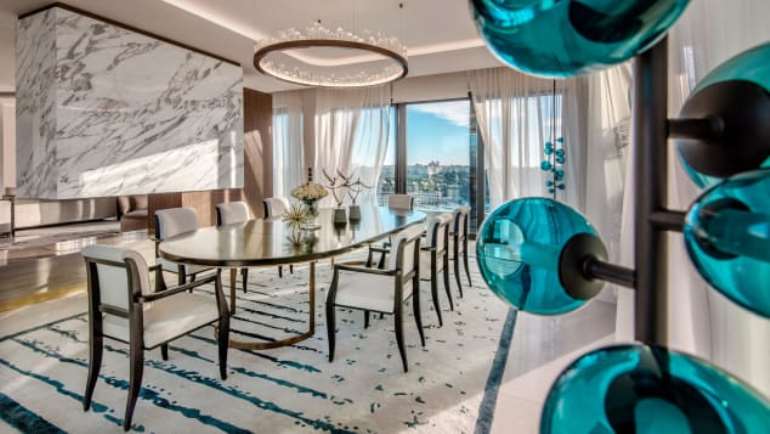 Opened in Monaco in 1864, the Hôtel de Paris Monte-Carlo was hosting the global jet set before jets were even invented. It would be difficult to find a musical megastar who hasn't stayed there. Frank Sinatra, Elton John, Ella Fitzgerald and Nat King Cole are just some of those to have walked their stages.

The new Princess Grace Suite pays homage to a woman who helped define Monaco's history, the former actress Grace Kelly who became the principality's princess in 1956.

Upwards of $30,000 per night gets you an exceptional 910 square meters over two floors, with 180° views of the Mediterranean, your own pool, hot tub, open bar, exquisite design and furnishings, as well as some of Princess Grace's own works of art. 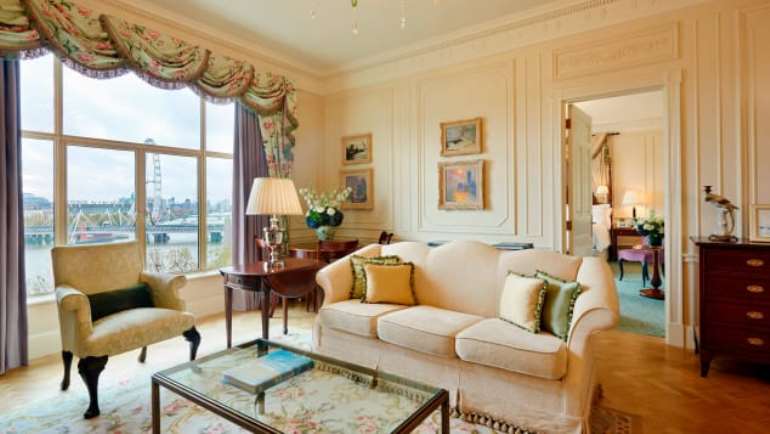 A true titan of the art world, French Impressionist Claude Monet began his series of paintings of London while staying at The Savoy in the fall of 1899. He took two rooms on the sixth floor of the historic hotel, clearing the furniture out of one to act as his studio.

Together, they are better known today as Suite 618 -- The Monet Suite -- and feature copies of his famous depictions of Waterloo and Charing Cross bridges as well as the Houses of Parliament. Butler service is included, as are extensive amenities and facilities in the only luxury hotel on the River Thames. 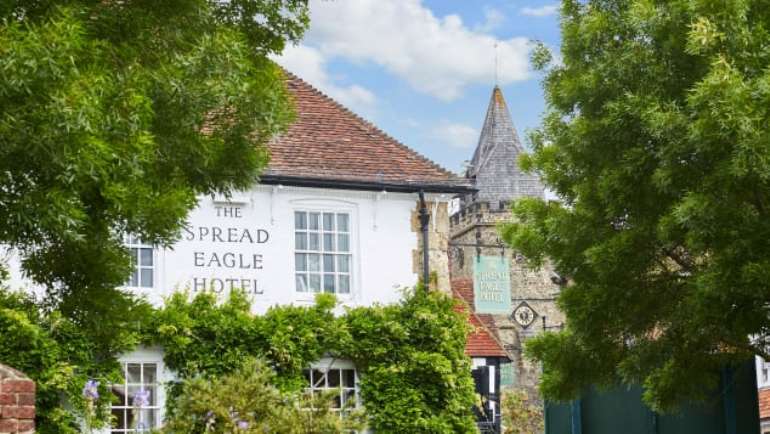 British royal connections, of a historic variety, are found in one of England's oldest coaching inns, The Spread Eagle Hotel & Spa.

Parts of the hotel, an hour south of London, date back to the 15th century, but it's their guest list and suite that hold the claims to fame. Queen Elizabeth I stayed in the Queen's Suite in 1591.

Its own very special feature? A wig powder closet from 1430, quite possibly the last remaining in an English hotel. 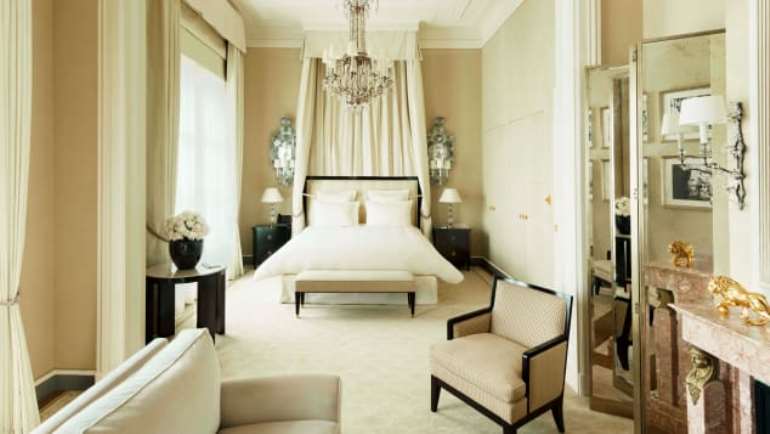 Three of history's most remarkable creative figures, Coco Chanel, Audrey Hepburn and Maria Callas, were all loyal to the Ritz Paris.

The legendary hotel on Place Vendôme offers a combination of privacy and glamor, so much so that once Gabrielle "Coco" Chanel decided to take up a suite there, she stayed for 34 years. 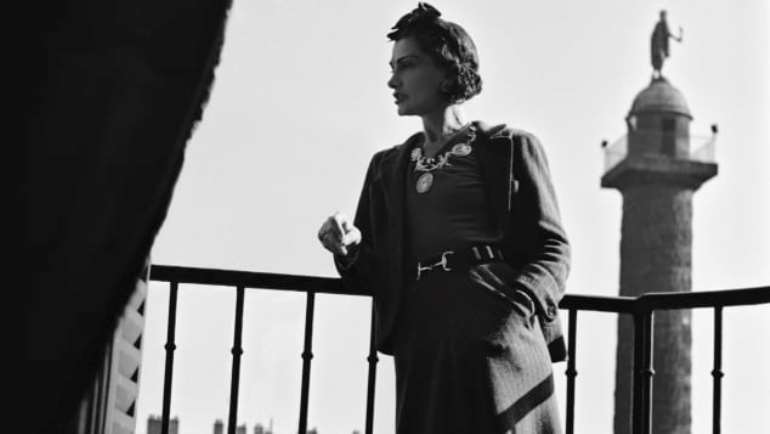 The 190-square-meter suite boasts rooms decorated in the fashion icon's own style, while some of her personal effects are also displayed, including sketches and photos. Three bathrooms, a huge dressing room and even a private wine cellar make the Suite Coco Chanel one of the most sought-after anywhere.

Rates for the Coco Chanel Suite start around $20,600 per night. The Hotel Windsor, Melbourne, Victoria 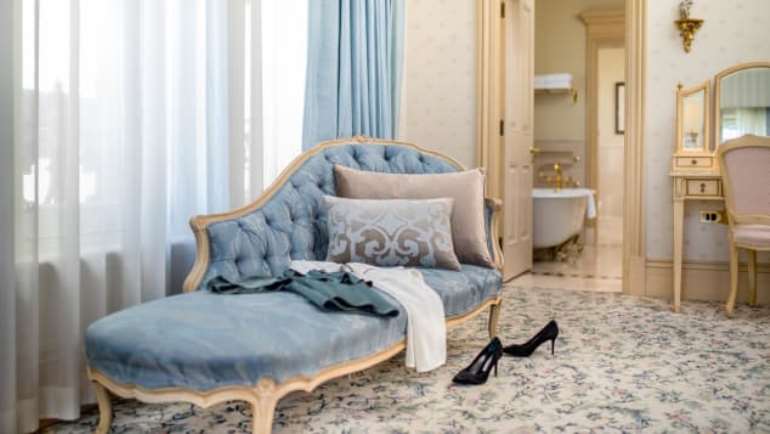 At 135 years and counting, The Hotel Windsor in the Australian city of Melbourne has hosted more than its fair share of distinguished guests over the years. Cinema legends Lauren Bacall, Katharine Hepburn, Sir Laurence Olivier and Vivien Leigh were some of those to grace the hotel's crown jewel, the 120-square-meter Royal Suite. 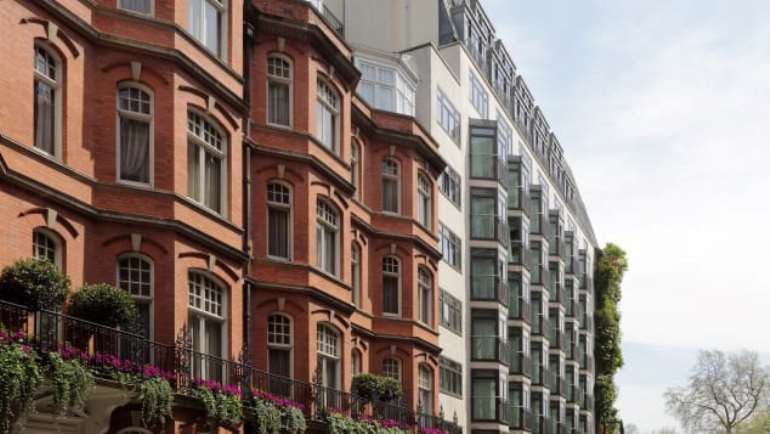 Close encounters of a hospitality kind are in the air at the Residences at the five-star London hotel, The Athenaeum. That's because the red brick buildings, dating from the end of the 19th century, once housed director Steven Spielberg.

Not only that, while he was living there (in what became room numbers 109 and 110 in the Residences), he edited his classics including "E.T.," "Raiders of the Lost Ark" and yes, "Close Encounters of the Third Kind." Situated in the heart of London's swankiest district, Mayfair, today guests can expect a mix of period charm and contemporary style.

Rates for the residences start around $900 per night. The Drake, Chicago 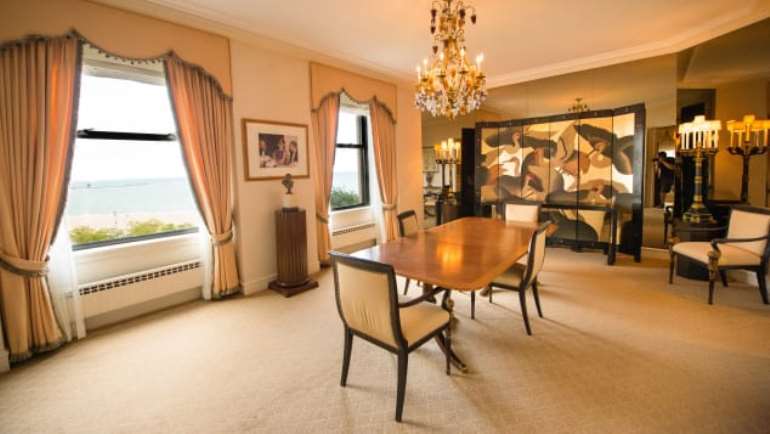 The Drake, a Hilton Hotel in Chicago, is another to boast ties to the British royal family. The Presidential Suite was home to Princess Diana back in June 1996.

She was visiting the Windy City following an invitation from Northwestern University -- the same school attended just a few years later by Meghan Markle, now The Duchess of Sussex. 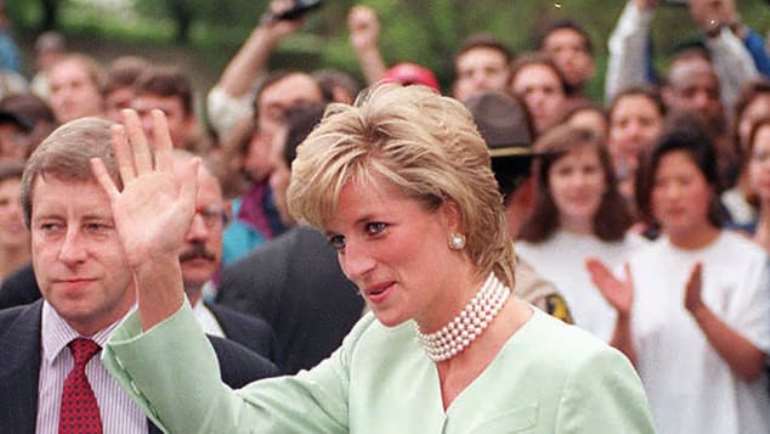 Guests today can stay in the suite -- since renamed The Princess Diana Suite -- left largely as it was designed and decorated for her, although upgrades have included photos of her time spent in Chicago.

Rates for the suite start at $1,200. Round Hill Hotel and Villas, Montego Bay, Jamaica

A classic Caribbean getaway since it opened in 1953, Round Hill Hotel and Villas sits in a verdant 110-acre peninsula west of Jamaica's Montego Bay. Their most renowned repeat visitors were John F. and Jackie Kennedy, who stayed in Villa 25.

Not only that, but the tranquil spot was where JFK edited and practiced his famed inauguration speech and guests staying in the luxury villa today can see artifacts both from the speech and his stay. Views of Round Hill Bay and a private pool complete the experience. 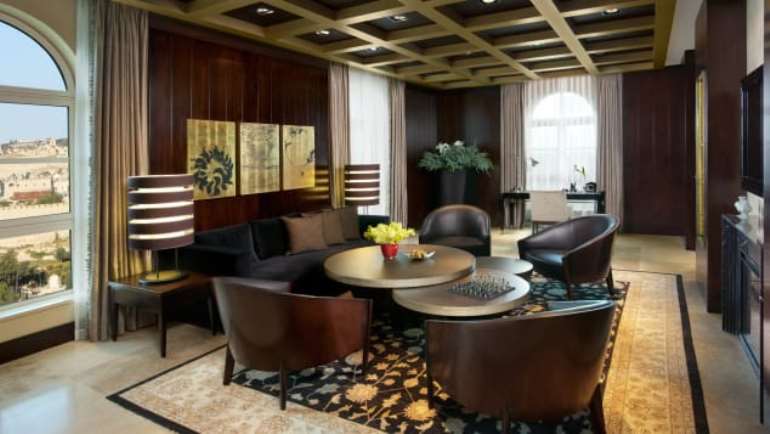 A hotel from the 1920s, the King David Jerusalem Hotel has played host to some of history's most impressive figures including Winston Churchill, Nelson Mandela and Barack Obama.

The sixth floor Jerusalem Suite affords unbeatable views of the Western Wall, the Dome of the Rock and more, while 155 square meters includes all luxury amenities as well as "unique security measures" for visiting dignitaries.

Rates from $5,800 for the Jerusalem Suite. InterContinental Carlton Cannes, France 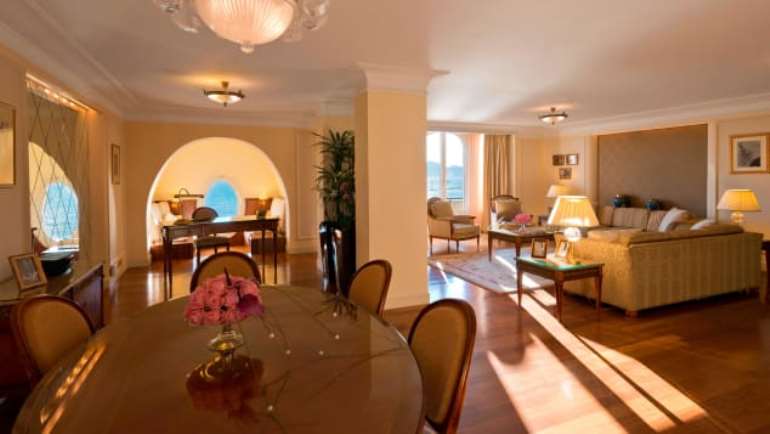 Once again, Grace Kelly makes an appearance as a famous hotel guest, but this time before her royal marriage. The seventh floor Grace Kelly suite at the InterContinental Carlton Cannes is the city's most sought-after, thanks to the timeless elegance of the star who made it famous.

In 1954, she and Cary Grant filmed Alfred Hitchcock's "To Catch a Thief" in it, ensuring it has gone down in hotel history. Two bedrooms, furniture from the Belle Époque, sea views and a large terrace ensure it remains popular to this day. 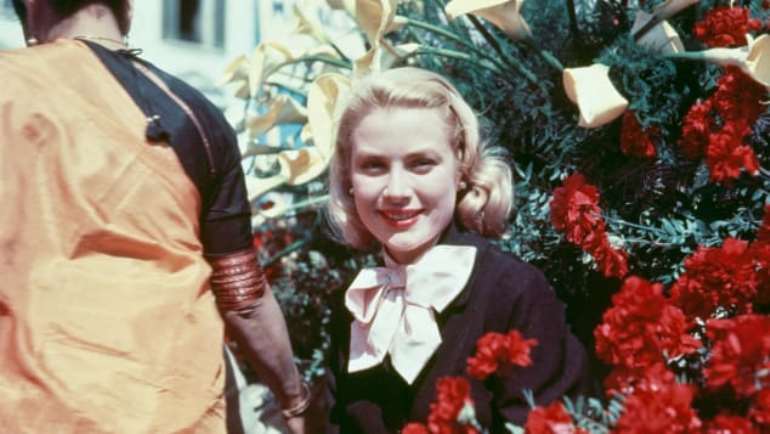 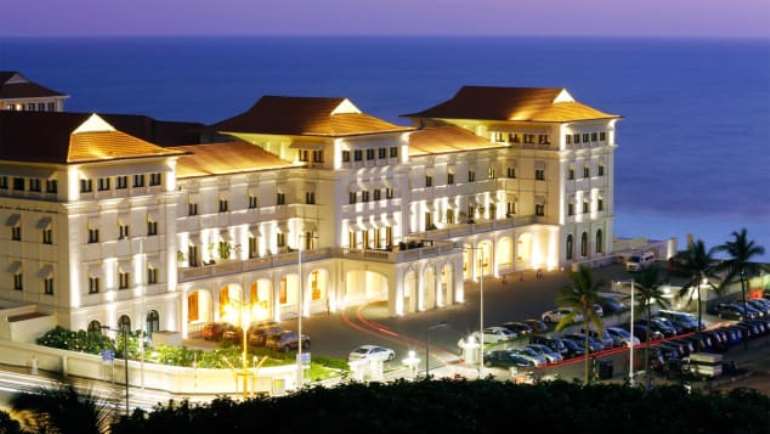 In business since 1864 when it was founded by four British merchants, the Galle Face Hotel in southern Sri Lanka has long held ties with the United Kingdom. As a result, it has hosted guests including Sherlock Holmes author Sir Arthur Conan Doyle and James Bond -- at least in the form of British actor Roger Moore

On a 1954 visit, Her Majesty the Queen enjoyed Galle Face hospitality, while a museum on the property proudly boasts the first car bought by her husband, Prince Philip. British traditions kept alive to this day include croquet matches and bagpipe performances. 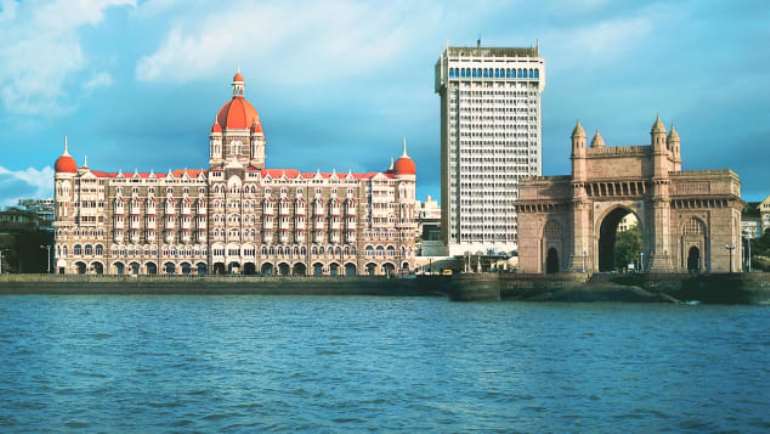 Another grande dame of hotels, this time in India, is Mumbai's Taj Mahal Palace. Underneath the famous red-tiled dome, guests since 1903 have ranged from the Dalai Lama to Gregory Peck and the Duke and Duchess of Cambridge to Brad Pitt and Angelina Jolie.

George Harrison was a superstar musical guest who, in 1966, checked in and ended up taking sitar lessons with Indian music legend Ravi Shankar. The 2,400 square feet of rooms where this happened are now called the Ravi Shankar Suite, overlooking the iconic Gateway of India.

Rates for the Ravi Shankar Suite start from $7,000. The Strand Yangon, Myanmar 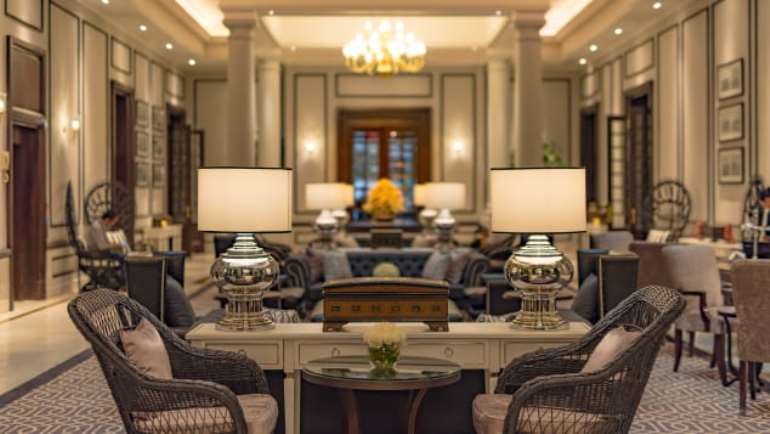 What do authors George Orwell, Rudyard Kipling and Anthony Bourdain have in common? They've all been guests at The Strand Yangon in the capital of Myanmar, in operation since 1901.

Along with Mick Jagger, Jimmy Carter, Edward Norton and others, they stayed in suites filled with Burmese antiquities and hand-carved bed frames, looked after by the hotel's team of butlers. 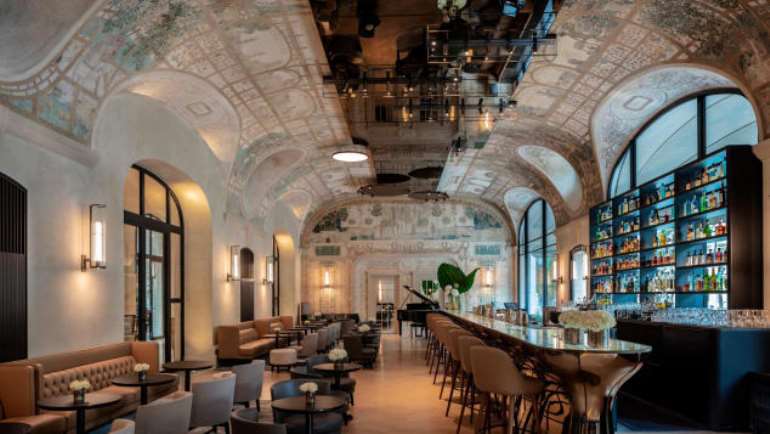 After a four-year renovation, Paris' Hotel Lutetia recently reopened and celebrates the iconic Jazz Age artist, activist and performer Josephine Baker. Also a French Resistance heroine, she was given multiple honors during her lifetime including being named a Chevalier of the Légion d'Honneur by Gen. Charles de Gaulle.

Not only is a bar named after her, but also the Joséphine Baker Suite. The two bedroom, 1,100-square-foot residence features a photo of the legendary American-born French star on the ceiling.

Rates for the suite start around $6,800 per night.

If you can tear yourself away from the lovely Lutetia, the nightlife of Paris awaits.

Jennifer Le Nechet, who won the title of world's best bartender for 2016, has some insider tips on the best bars , including Café Moderne in the 11th arrondissement.