From Niimei To The President (Article) 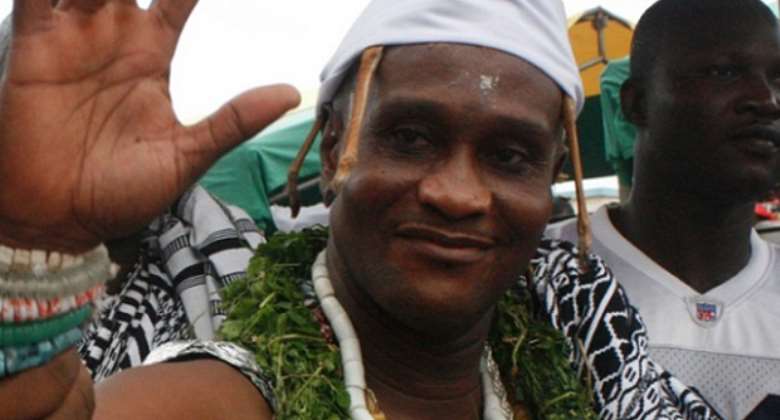 The seeming intractable chieftaincy impasse in Ga is a source of worry. Sometimes cynics wonder whether there are no elders who are interested in intervening for a lasting solution to the stalemate. The nation's capital is one place which should showcase our cultural richness anytime the opportunity for this arises; unfortunately this is not the case as important dignitaries who visit are denied such rare spectacles.

No wonder such personalities move hinterland to observe other segments of our cultural diversities which add to our richness as a country and define who we are.

Now that a delegation of our Niimei has asked the President and Commander-In-Chief of the Ghana Armed Forces to use his powers to resolve this, we are justifiably elated.

We can comfortably state that Niimei have moved and it behooves the President to therefore act like he did in the Dagbon case by issuing an Executive Order to change the picture of chieftaincy in Accra. The President would have to immediately constitute a high-powered committee of eminent persons to address this issue following which an Executive Order can be invoked.

We wish to add that since the Ga Mantse issue is not the only outstanding chieftaincy challenge in Accra, the others too should be considered using the Ga Mashie template.

The chieftaincy institution can be harnessed for the development of the nation. Not, however, when it is in the sorry state we find it in Accra where some areas have multiple chiefs – each of them claiming legitimacy, the resultant disagreements igniting avoidable bloodshed.

Even as we salute the move of the elders and chiefs, we would nonetheless ask that when an action is eventually taken to resolve the stalemates dotting the chieftaincy institution across Accra, those who stand in the way of its success should be dealt with according to law because after all, there must be closure to the disagreements.

The swiftness to employ land guards to disrupt attempts at resolving traditional issues is becoming a worrying phenomenon in Accra especially as land issues are intertwined with chieftaincy matters.

The awesome powers of the state must be brought to bear upon the outcome of the work of the committees or committee that would be empanelled to address the request of the elders and chiefs of Accra.

At the last count, it would appear Accra had four or five chiefs. Jamestown which did not show signs of following in the path of the other traditional areas has been infected with the contagion as two persons claim to be chief of Ngleshie. For how long shall we entertain this confusion especially since the wherewithal to deal with it is not in short supply?

President Akufo Addo, we can bet, would soon come out with a remedy to put paid to the nasty picture of chieftaincy confusion dotting Accra. So bad is the situation that even the annual homowo, a beautiful cultural show which can be managed to augment the contents of our tourism basket, is not spared the nuisance of land guards or machomen.