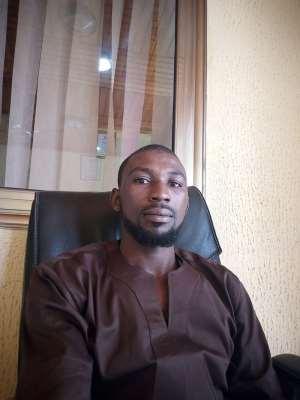 Gonjaland, the land of the Majestic Warrior-King Sumaila Ndewura Jakpa is greater today because of our founders appreciation of the strength of diversity and inclusion. He never marginalized nor discriminated against any of his subjects no matter their tribe. History is replete with Ndewura Jakpas acts of inclusion. He had several encounters with Muslim scholars who were never Gonjas and made some of them like Mallam Mohammed Labayiru (Fati Marukpe) and Mallam Muhammad AI-Abyad as his trusted advisors and Imams. In fact, their decendants are the Sakpare Mallams now attached to divisional Chiefs. Furthermore, Ndewura Jakpa never showed prejudice nor treated with contempt the Muslims from Hausaland and Baribari he met at Kafaba. Indeed, according to J. A. Braimah, the name “Gonja” originated from the Hausa expression Zani gun dza goro meaning I am going to the place of the red kolanut. Ndewura Jakpa even enskined people of other tribes as caretaker Chiefs in some of the lands he conquered. For that reason, the people of Gonjaland also understand the transformative power of a shared vision and collaborative partnerships. Without a doubt, we are one people with a common sense of purpose and destiny.

This was clearly shown during the recent referendum for the creation of the Savannah region. In fact, the sense of unity, participation and ownership of the process by almost all the tribes within the Savannah enclave is enough testimony of how greater Gonjaland can be if we work together as a unit. We truly gave meaning to Mahatma Gandhis saying that, no culture can live if it attempts to be exclusive. In addition, out of the 147 persons (from different ethnic groups) who spoke at the public hearings in the six locations, not a single voice had a dissenting view. All participants were in full support of the creation of the Savannah region.

However, it is heartrending to note some of the comments that greeted our request. Upon realizing that government is finally settling on Salaga as the capital of the Savannah region, some of our brothers and big men in the West were gripped with anxiety and became extremely frazzled. As a consequence, they started describing East Gonja as a Zongo Municipal. Certainly, this is a subtle way of saying “you are not part of us”. Astonishingly, some went to the extent of declaring that, they will never in their life time agree for the capital of the Savannah region to be sited in a Zongo. This implies that, the siting of the Savannah regional capital should not be based on merit but other ill-advised factors. What are all these about? This condescending attitude of some traditional areas considering themselves as more Gonja than others must be nipped in the bud as quickly as possible.

Indeed, the facts on the ground do not even support their regrettable but long held disdainful misconception. The truth is that, there are more Gonjas (64,745) in the East Gonja Municipality than the rest of the five districts in the Savannah region. Specifically, the total population of Gonjas in the East Gonja Municipality alone is far more than the combined total (60,131) of Gonjas in four districts (West Gonja - 17,213; Bole - 17,924, North Gonja - 18,203 and Sawla-Tuna-Kalba  6,791) within the Savannah region. This indicates that, East Gonja alone has 35.73% (more than one third) of the total population of Gonjas within the Savannah region. At this point, one may ask, what is the objective of the people spreading this fallacy?

I think these are all calculated attempts, to use Goebellian tactics to marginalize and deny Salaga what it is the most deserving of. We want to inform all those engaged in this divide and rule tactics that, we are not giving up. Just like the cliff against which the waves continually break, we are standing firm on our grounds against the fury of the water. We will not be cowered. Without doubt, their wicked, irresponsible, divisive and hopeless midnight actions will never see the light of day.

As a matter of fact, this kind of posture is not just making nonsense of all what Ndewura Jakpa stood for and all his toils; it is a stab in his back. Consequently, this unfortunate development if not quickly checked is bound to weaken our front.

Still, I will like to reiterate that Damongo is not technically and logically fit to host the Savannah regional capital. The risks are way too high to take, let us not destroy the image of the Savannah region. Let us put all emotions and egos aside and consider objectively the factors on the ground. Damongo is too fragile to be granted a regional capital status. I am not a prophet of doom but the signs are too glaring. Without doubt, the unfortunate incident that occurred in Damongo just this week on the 15th of January, 2019 between the supporters of Yagbonwura Tuntumba Sumaila Jakpa Boresa I and that of a faction of the Chiefs from Bole will be a constant occurrence.

That said, although, I do not usually dignify half baked, factually inaccurate and inconsistent responses to my articles, I will make an exception for the respect I have for my readers. Someone from West Gonja tried to respond to my recent article titled, Damongo Unfit to Host Savannah Regional Capital. However, it is clear from the writers response to my article that, he either did not fully read my article or he has serious comprehension deficit. It is further worrying that the writer had to draw the Kpembewura in his misguided and incongruous write-up. It does not only betray the writer's motivation but his education, to think that I cannot on my own steam act unless I'm pushed by so called unseen hands. I take strong exception to this assertion.

According to the writer, “Tamale wasnt a big time city with all the available social amenities before the Capital was moved from Gambaga in the then Northern Territories to Tamale how then would anybody think that Damongo should have it all before it can host the capital?” This argument is preposterous, unintellectual and smacks of dishonesty. How can you compare a nineteenth century deliberately neglected territory to a twenty-first century town? For the education of the writer and his ilk, the capital of the northern territories was first moved from Kintampo to Gambaga in 1898, then to Tamale in 1907. The movement of the capital to Tamale was purely for territorial control. The remote incident that facilitated the choice of Tamale as the administrative capital was the emergence of the British as victors over the Germans for control of the Northern Territories. Certainly, nobody is saying Damongo should have it all but at least it should compare favourably with its peers. Which it obvious cant. Besides, if the writer cared to read for comprehension he will have realized further that, the book he sited and other books also stated that, the total population of the independent villages that make up Tamale was 1,435. The largest in the whole of the Northern Territories as at the time of making Tamale the Capital.

The writer carelessly added that, all of us must take responsibility for the chieftaincy disputes in Damongo. According to him, That is why when the 1992-94 war erupted in Kpembe Traditional Area the people of Damongo didnt fold their arms and look on for Kpembe alone to battle it out.” How dare he compare dishonourable Chieftaincy disputes caused by greed and graft, which have screwed up our once peaceful and enviable Gonjaland to the 1992-94 inter-tribal land conflict in the Kpembi Traditional Area? This is reckless to say the least. I thought the participation in that war was meant to protect Gonjaland. Up to date, people who partook in that war feel a sense of pride and are held in high esteem whiles those who fell during the battle are still considered heroes and martyrs. Can same be said of the shameful Chieftaincy disputes in Damongo? Dont compare apples and oranges.

“In Salaga apart from the Y-link which welcomes you to the town and leads you to Kpembe and one joining to the West, which other road is a link road.?” This point I think is simply a comic relief. What kind of kindergarten analysis is this? It is either the writer does not know Salaga or he has a problem with geography. Let me remind him again that, the total road network of East Gonja (Salaga) is 612.2km while that of West Gonja (Damongo) is still 317.48km. He should do the Math and come again. Actually, these are figures you can easily verify.

“Salaga is a municipal. Yes it is, and what about that? … Was Wa a municipality when it was made the capital?” the Writer sheepishly quizzed. Really, the Writers witlessness is legendary; the principle is not about the label ‘Municipality, but the features that makes an area a municipality. Which obvious Damongo is acutely lacking. A little rigorousness before writing responses will not hurt. For the information of the writer, as at the time Wa was made the capital of the Upper West region, not only was it the largest in terms of population but had the vastest landmass (6,368.96sqkm) that is, 34.5% of the total landmass (18,476 kilometre square) of the Upper West region.

He declared further that, I do not "...even know that the [Mole] Park spreads to four different Distritcs and two regions” This is ludicrous. It is sad I had to lose time to respond to somebody who clearly has serious conception shortfall. This was what I stated in my article, “A PORTION [emphasis mine] of the Mole National Park alone occupies about 50% (2,142.67sqkm) of the total land area of the West Gonja District whiles the Kenikeni Forest Reserve occupies 517.98sqkm. Be the judge.

In addition, this was what I wrote on why the siting of the Savannah regional capital in Damongo could lead to the extinction of the Mole National park, “We have seen how rapid and extensive regional capitals expand over the years, take Accra, Kumasi and Tamale for instance, and let us reflect on where they started and their current expanse. We must realize that siting the Savannah regional capital in Damongo is practically driving a nail in the coffin of our priced tourism assets, the Mole National Park and the Kenikeni Forest Reserve.” And this was the writers response, And the issue about expansion towards the Game reserve and how limited that would be in future, maybe the writer ought to know that Accra is now connected to the Eastern Region in the West (Nsawam), in the North-West at Aburi and connected to Central Region at Kasoa. Just imagine the state of the Mole National Park, if the Damongo is to get connected to Upper West. Your guess is as good as mine. I will entreat my brother to read carefully and understand before writing a response.

I will in a nutshell, beseech the government to continue with their political administrative decision to name Salaga the Savannah regional capital and not be swayed by frivolous, emotional and supercilious explanations.