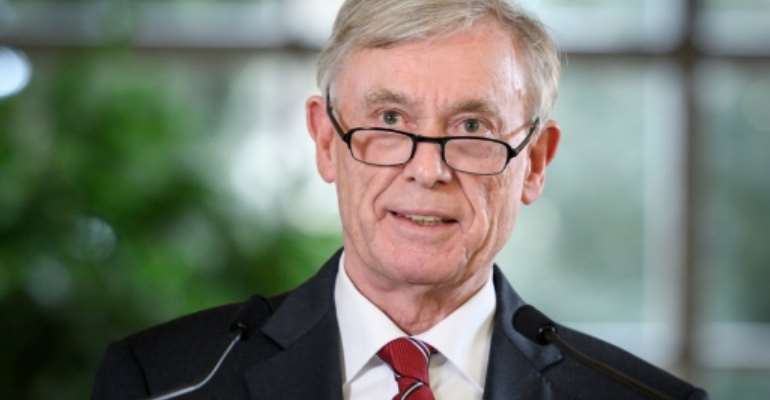 The UN envoy for Western Sahara, Horst Koehler, is expected to host a second round of talks on ending the conflict in the coming weeks, but no date has been announced. By Fabrice COFFRINI (AFP/File)

Morocco has accused Polisario Front fighters in Western Sahara of violating a ceasefire agreement, just weeks before an expected new round of talks on ending the decades-old conflict.

In a letter seen by AFP on Friday, Morocco's UN Ambassador Omar Hilale cited three incidents from January 6 to 8 in which the Polisario Front staged drills, drove military vehicles in a buffer zone and opened up a new facility.

Morocco "strongly condemns these destabilizing actions" that violate a military agreement and "dangerously threaten the ceasefire," wrote Hilale in the letter sent to the UN Security Council on Thursday.

He described the movements as "provocations" that could jeopardize UN-brokered talks on ending the Western Sahara conflict, and urged the Security Council and Secretary-General Antonio Guterres to condemn the Polisario.

Last month, Morocco sat down with the Polisario Front, Algeria and Mauritania for the first talks in six years aimed at settling the conflict over Western Sahara, which Rabat claims is an integral part of the kingdom.

The Algeria-backed Polisario fought a war with Morocco from 1975 to 1991, when a ceasefire deal was agreed and a UN peace mission deployed to monitor the truce.

The Polisario Front is demanding a referendum on independence for the territory, which Morocco has flatly rejected.

The conflict has remained frozen for decades, but Morocco and the Polisario agreed during last month's talks brokered by UN envoy and former German president Horst Koehler in Geneva to meet again in early 2019.

The Moroccan ambassador said the second round of talks is expected in the coming weeks, but no date has been announced.