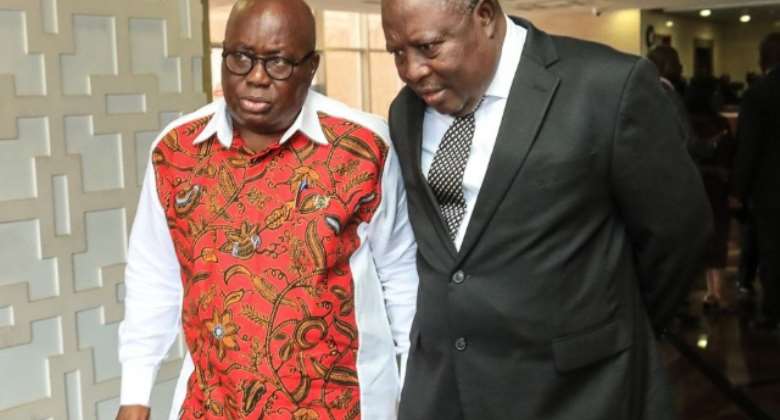 Undoubtedly, one of the factors that has caused Ghana and most developing countries to retrogress in development is corruption. Corruption is found in every nation and cannot entirely be eradicated. However, in countries like Ghana the level of corruption is so high that it impedes the progress of the country and as a result many of the citizens continue to live in abject poverty.

Some negative impacts of corruption
Corruption has several negative effects. For example, it:

In Ghana today, there are basically 5 groups of people (5 Groups) who engage in large scale/grand corruption or their actions promote it:

While there more people engage in petty corruption such as policemen collecting bribes from drivers, the effect of petty corruption is not as profound as the other forms of corruptions which are committed by the 5 Groups. For example, the cost of one grand corruption can be more than the bribes that the entire police force in Ghana will collect on the road in a year. The contracts of the grand corruption are also usually long term in nature and cancelling them may cause significant judgement debts.

The attempts by successive governments to curb corruption

Since the beginning of the 4th Republic (1992), all the successive governments have claimed to fight corruption. However, in practice they (have) paid only lip service to the fight corruption with many of their appointees engaged in corruption. This was particularly evident during the tenure of President Mahama where major corruption scandals such as the bus branding, GYEEDA, SADA were experienced to extent that Mr Mahama himself was investigated in relation to the circumstance under which he received a ford as a gift from a Burkina Faso national who won a contract from his government.

While Ghana has anti-corruption agencies such CHRAJ, so far, the agencies have not had any significant impact on the fight against corruption as some of the leaders of these agencies have also engaged in corruption. A case in point is Ms Lauretta Lamptey, who was sacked by President Mahama after it was established, she had used her CHRAJ office to engage in corruption. Accordingly, President Akuffo has also established the office of Special Prosecutor and defied the norm to appoint a prominent opposition person as the first Special Prosecutor. However, Mr Amidu recently complained bitterly that his office was under resourced. In November 2018, the Government allocated 180 Million Ghana Cedis in the budget to the office of the Special Prosecutor. Accordingly, only time will tell whether the office will make reasonable achievements, or it will become like CHRAJ and others.

The religious perspective of corruption
Human beings are by nature corrupt and therefore there is the need to establish strong institutions that will identify, prosecute and deter corruption in order to have a meaningful success in the fight against corruption. President Kuffour once stated that corruption is as old as Adam. Unfortunately, the statement was politicised instead of learning something from it. Of course, the biblical description of Adam’s corruption is more of sin in general and not limited to the scope of corruption defined in this paper.

However, it appears the first mention in the Bible of the types of corruption discussed in this paper occurred in Exodus 23:8, where Moses stated, ‘Do not accept a bribe, for a bribe blinds those who see and twists the words of the innocent.’ When judgements are influenced by bribes, the purpose for which administration of justice exists is defeated. Psalm 26:10 states ‘Their hands are dirty with evil schemes, and they constantly take bribes.’ Proverbs 17:23 states ‘The wicked take secret bribes to pervert the course of justice.’ Isaiah 5:22-23 also states ‘Woe to those who … acquit the guilty for a bribe but deny justice to the innocent.’

In 1 Samuel 8:1-3, when Samuel grew old, he appointed his two sons (Joel and Abijah) as judges over Israel but ‘his sons did not walk in his ways; they turned aside toward dishonest gain, accepted bribes, and perverted justice.’ As a result, the Israelites requested to have a king like the other nations. Samuel advised them against appointing a king because the kings will become corrupt and use them as forced labour, but the Lord advised Samuel to grant the request of the people (1 Samuel 8:4-22).

In Acts 24:22-26, the Apostle Paul was arrested and despite that the Judge, Governor Felix realised that Paul was innocent and had to set him free, the Governor deliberately adjourned the proceedings and then frequently sent for Paul and talked with him, hoping that Paul would offer him a bribe. In Ghana some cases don’t come to court because the dockets of the cases are said to be missing so that bribes can be offered. In May 2018, the Vice President, Dr. Bawumia outdoored an electronic case tracking system to ensure that ‘the Police, Judiciary, Attorney General's office, among others will all have access to the case pending before the court without claims of missing dockets which is rampant in Ghana’s justice delivery system’ (see: https://www.myjoyonline.com/news/2018/may-22nd/bawumia-outdoors-e-case-tracking-system-to-speed-up-justice-delivery.php ).

Ecclesiastes 5:8 states ‘if you see the extortion of the poor, or the perversion of justice and fairness in the government, do not be astonished by the matter. For the high official is watched by a higher official, and there are higher ones over them!’ The Ghanaian governments have shown less interest in prosecuting their corrupt officials. There are cases where ministers accused of corruption are sacked from their posts and reassigned to different roles such as positions in the presidential office. For example, Afriyie Ankrah was removed as the Minister of Youth and Sports and reassigned to President Mahama’s office when he was accused of corruption during the Brazil world cup. This demonstrates that the corrupt ministers and other officials are protected by the presidents themselves just as Ecclesiastes has stated.

Micah 7:3 states ‘… the ruler demands gifts, the judge accepts bribes, the powerful dictate what they desire—they all conspire together’ and Isaiah 1:23 states ‘Your leaders are rebels and friends of thieves; they are always accepting gifts and bribes…’ Again, the passages are applicable to Ghana. Firstly, it is usually difficult for one person to carry out grand corruption as it can only succeed if people from at least two of the 5 Groups conspire. For example, Wayome could succeed in duping Ghana when Batty Mould and others assisted him. Furthermore, the politicians from both side of politics turn to be friends to the corrupt businessmen which Isaiah describes them as thieves. For example, it is alleged that Wayome had friends not only in NDC but also in NPP.

Why money and wealth not an end to everything

In Ghana, many people consider wealth as the means to everything and provides the ultimate happiness; so, the politicians and other big men scramble for wealth. Yet, we know money cannot achieve everything. For example, despite the wealth of Steve Jobs, the Co-founder of the Apple Computers, he died in 2011 only at the age of 56.

According to Coetzer and Snell (2003), there is a modern prosperity theology that wealth is a sign of God’s blessing, and poverty indicates a questionable faith. However, a research by Reynecke (2008 cited in Coetzer and Snell cited 2013) has concluded that ‘the prosperity theology places a much stronger emphasis on material wealth than on salvation …’

Fukuyma (1996 cited in Coetzer and Snell cited 2013) states that ‘the mistaken tendency is to regard the economic life as a facet of life which is governed by its own laws, separate from the rest of society. In his mind economic activity represents an important part of social life, knit together by a variety of norms, moral obligations and other habits shaping society. For Fukuyama, the most important lesson on economic life is that a nation’s well-being and competitive abilities is conditioned by the level of inherent trust prevalent in society.’

However, this is not the way some powerful men in Ghan think. In their scramble for money, they do not consider the impact of their actions on the less fortunate people in the society and disregard the value of the life of other citizens.

I do not in any way imply that it is wrong to acquire money lawfully and ethically. For example, I admire Despite Osei Kwame (the owner of Peace FM) because he uses his own creative ideas to invest in businesses not related to government contracts. I am only concerned about those who seek government contracts and conspire with the politicians to charge the government exorbitant prices.

The Bible states in Matthew 16:26, ‘For what will it profit a man if he gains the whole world and forfeits his soul?’ The other relevant biblical passages about money are listed below.

Effective fight against corruption
With the appointment of a Special Prosecutor, it appears President Akuffo is keen to fight corruption. However, Mr Amidu was appointed to the role in January 2018. So far not a single person has been prosecuted and until recently, Mr Amidu complained that his office was under resourced.

In my view to effectively fight corruption, the Government, the Special Prosecutor and other anti-corruption agencies must work hard. There are many people in Ghana that have been identified in Auditor-General’s report that they have engaged in corruption, but they are all walking free. Even those who deliberately burnt down the central medical store to deprive the nation of essential medicines because of greed are still walking free. The various officials that were involved in the corruption scandals in President Mahama’s Government have not been prosecuted, yet people who steal cassava and mobile phones are prosecuted and put in prisons. For President Akuffo Addo and Mr Amidu to succeed, they will need to pursue the wrong doers rigorously just as the Government pursued those who were engaging in illegal mining. Until all corrupt officials of both previous and current governments are properly investigated and prosecuted, the fight against corruption will remain lip service and I am afraid the work of Mr Amidu may turn to be like that of other agencies.

By Joseph Annor B. A. (Hons), Master of Accounting and CPA Professional Program