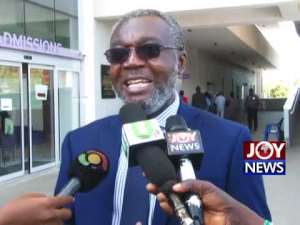 We have just been sent a clip of the popular Joy FM primetime morning show, Newsfile, in which Dr. Anthony Nsiah-Asare is heard discrediting IMANI’s positions on the Zipline drone program.

The gentleman seems completely at sea with the thrust of our arguments. To cure his confusion, we have summarised our detailed analysis in this brief note. He should do well to read carefully this time around.