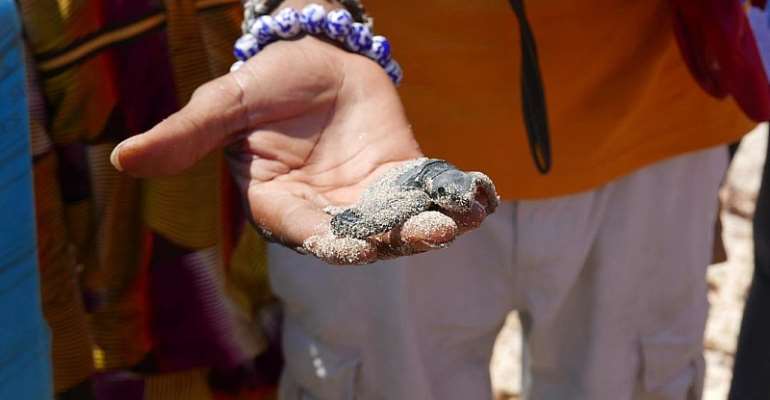 On the 10th November, Plastic Punch organised another beach cleanup at Coconut Pointe Resort in New Ningo, Ghana. Joined by an amazing team of Plastic Punchers who were ready to clean the turtle nesting area, including members of the Maskbook project,

Not only was this day an opportunity to clean the beach and raise awareness of the dangers of plastic, but the day also marked a special collaboration; working with Art of change 21 and the Maskbook Project in Ghana.

Maskbook is an international, participatory and artistic project by the association Art of Change 21. Launched in 2015 during COP21, Maskbook aims to raise public awareness on air pollution and climate change. With Maskbook, the anti-pollution mask is a symbol of pollution, a means of action and a canvas for creation.

The anxiety-provoking image of the anti-pollution mask is transformed into an expression of optimism and commitment to the planet. For Plastic Punch, this meant highlighting the expressing the threats of plastic pollution for the environment and especially for people who burn their plastics.

The masks were created from materials partly found on the beach and brought from other workshops, but as well recycled and reused.

The 130 young punchers from the New Ningo community and 50 plastic punchers from Accra cleaned the beach and collected about 95kg of waste of which 90% was plastics.

Some plastics on the beach participated in the UN Environment funded Masbook workshop Margueritte and Nicholas from France hosted as well as upcycling artiste Rufai’s workshop making African masks with plastics . There were some amazing creations with strong messages!

At the same time, the beach cleanup carried on. The current season brings a lot of seagrass to the beach, what makes the beach look very different, hiding as well the amount of plastic that is found underneath it. Bottles and pure water are the most common items found, but there was a high variety of plastics on the ground.

During the beach clean-up: a small lonely leatherback the young punchers named “Lucky” was found under debris ! Plastic Punchers and the children had the opportunity to observe it from close, learn the importance of the species to the marine ecosystem and accompany it to the water for safe release! 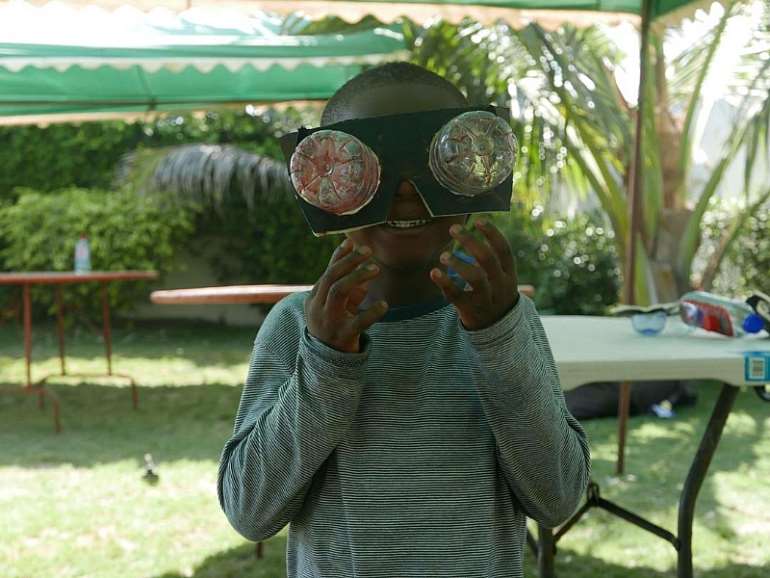 Leatherbacks are one of the three species of marine turtles that can be found in Ghana, as they come to the Ghanaian coastline to nest. They are the biggest, and their diet is basically jellyfish. That fact makes their role essential in the marine ecosystem as they control the population of the jellyfish species who feed on juvenile fishes. Therefore, the survival of the leatherback is crucial.

In all, the beach cleanup was a success and memorable experience! 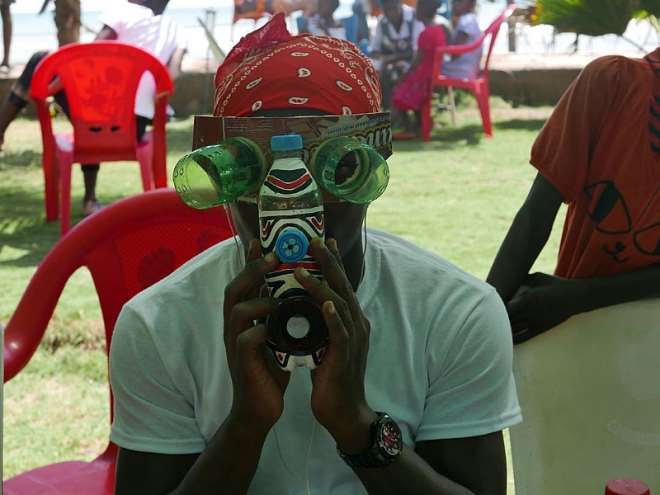 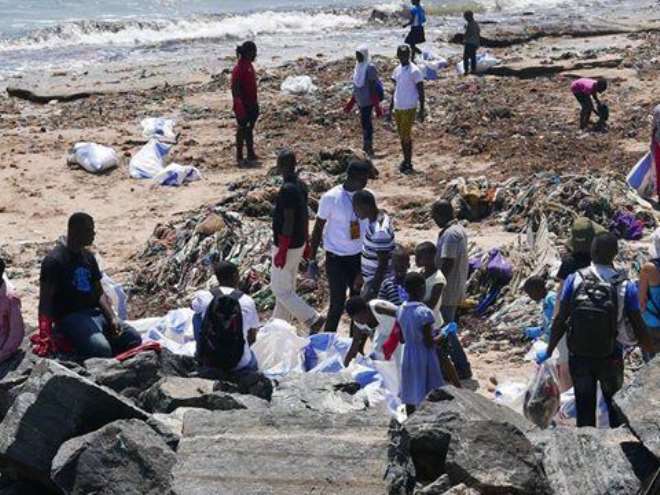 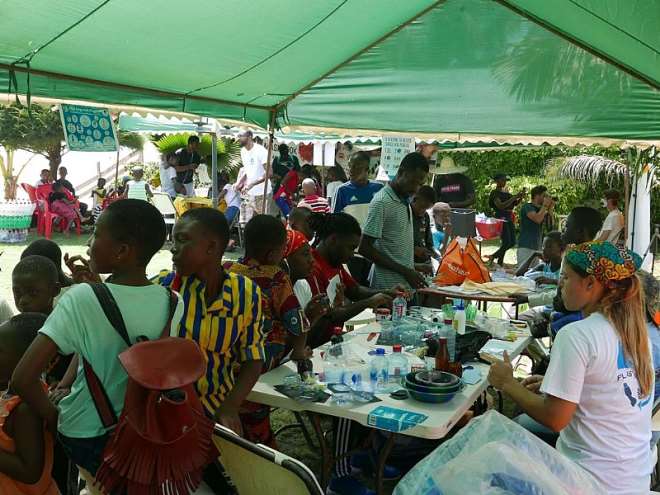 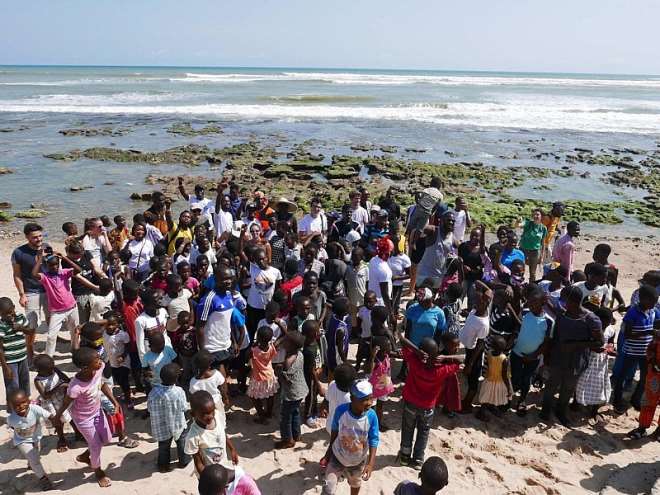 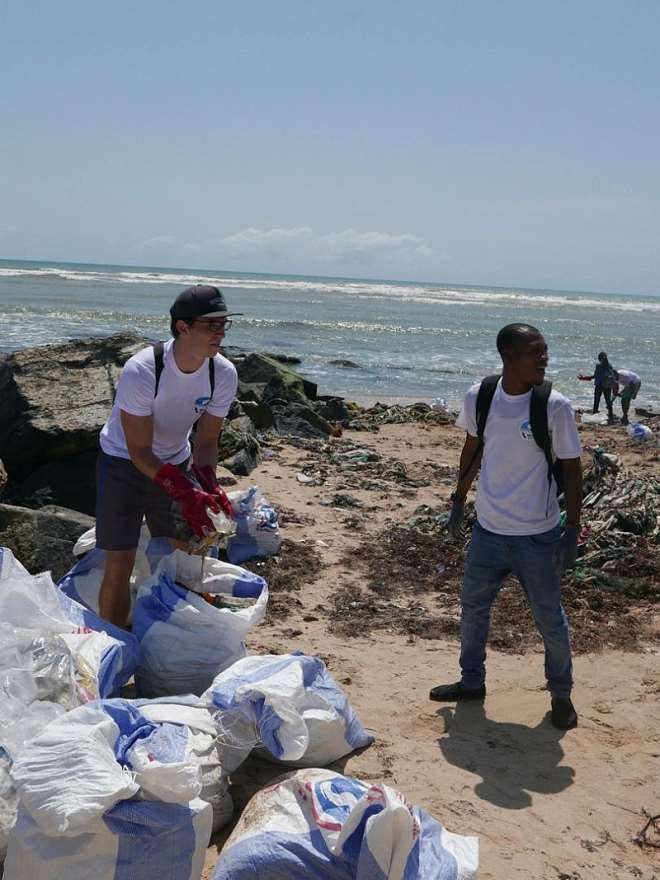 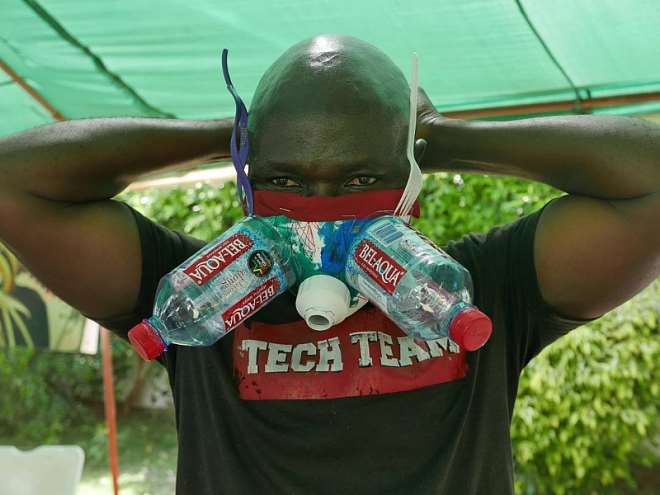 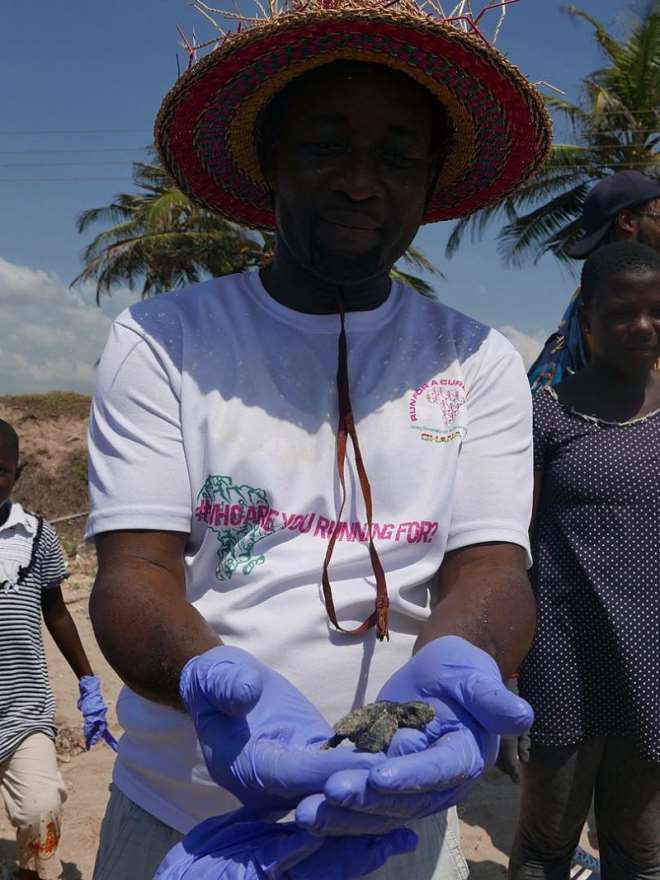 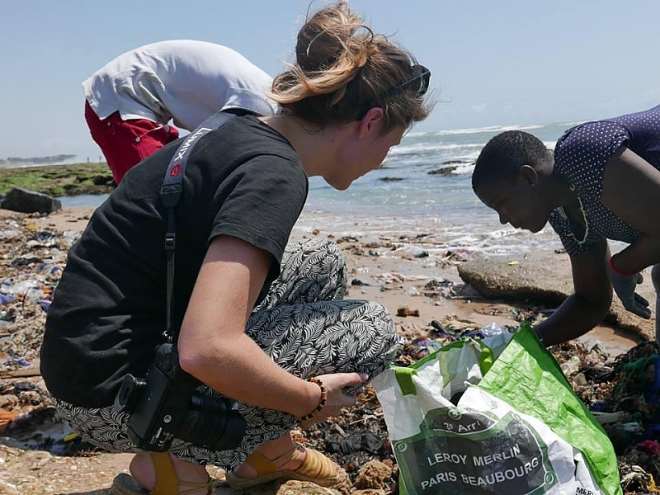 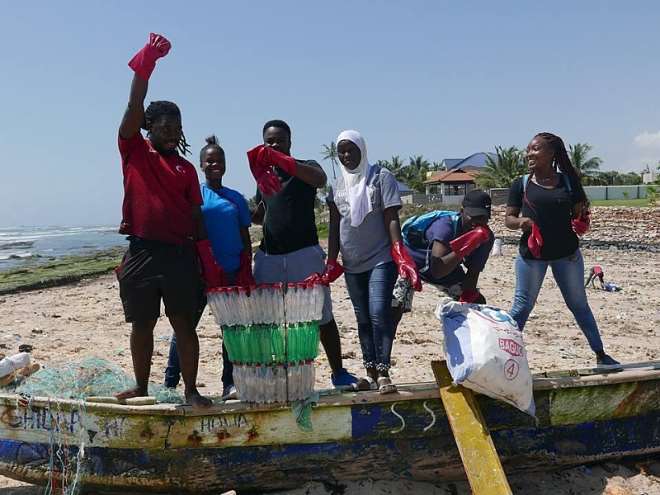 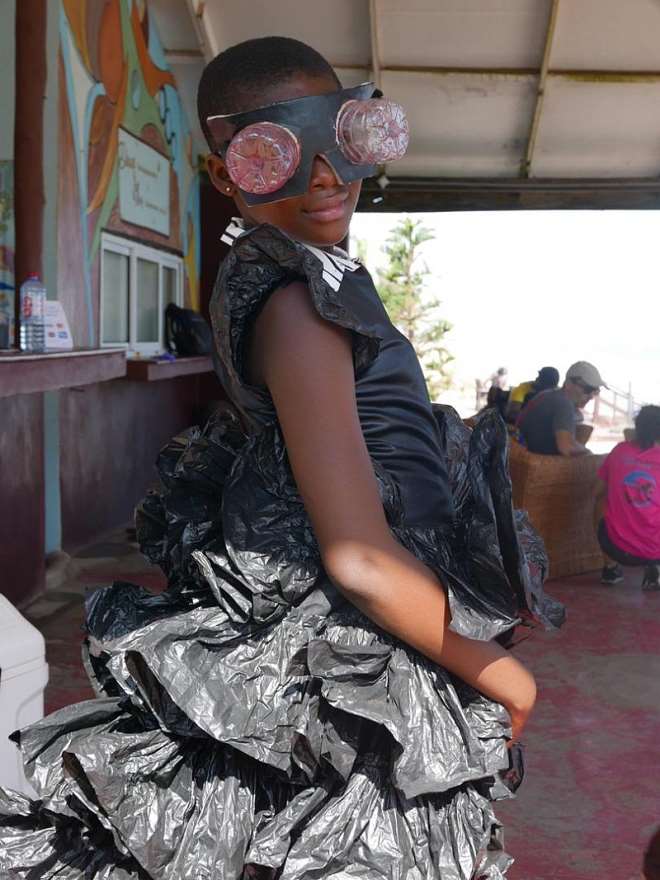 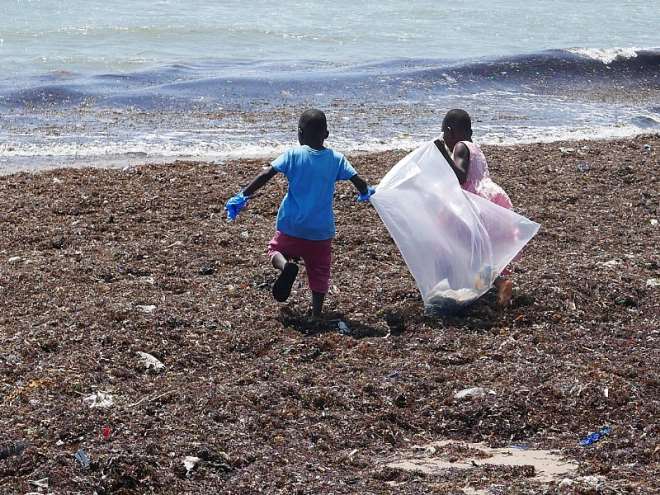 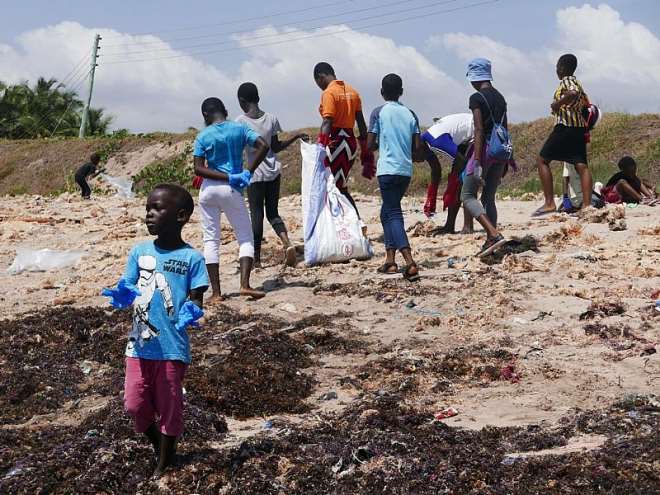