Commonwealth is colonialism through the back door 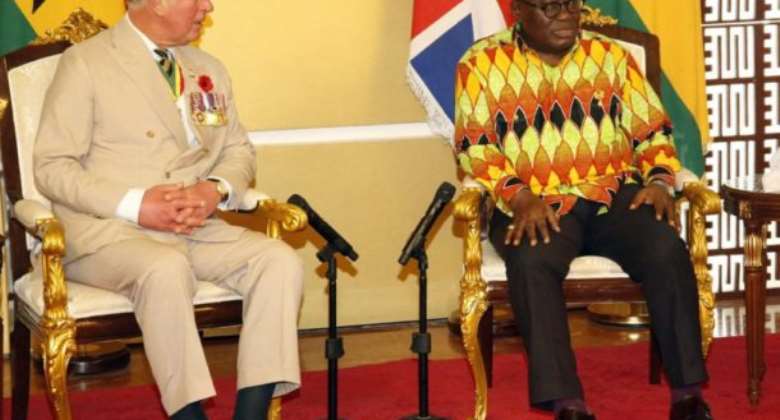 Unless you don’t understand geopolitics, international politics and global power configuration you may be tempted to think Commonwealth is beneficial to Ghana and her Commonwealth African sisters. Statements by leading British leaders during the formation of Commonwealth show vividly that Commonwealth was to be a tool for the British to continue to influence politics and economic development in their former colonies just as the French have successfully used France-Afrique to dictate politics and economic development in its former colonies. Part of the reason why the British supported the overthrow of Kwame Nkrumah is that he was skeptical about Commonwealth. The British were never happy when Nkrumah decided to let Ghana become a Republic in 1960. They were also not happy when Ghana decided to drop the pound sterling in favour of the cedi.

Nkrumah said ‘Just as we, a young nation, are proud and jealous of our independence, so do we believe that the Commonwealth will gain its greatest strength and influence from an association of sovereign and independent nations which are totally free from any external direction’. The survival of the Commonwealth as we know it to-day will depend on the extent to which the Commonwealth is able and prepared to adapt itself more effectively to its multi-racial character’: More pertinent to the South African problem he said: ‘…its policy of apartheid and its continual blatant repression and suppression of the vast majority of Africans in South Africa are contrary to the multi-racial character of the Commonwealth.…If the present racial policies of South Africa are continued, Ghana may be forced in concert with the African states and countries and trade unions of Africa to consider the initiation of a social, diplomatic, political and economic boycott of South Africa’. Ghana began a complete boycott of South Africa goods, ships and airlines on 1 August 1960.

However, I don’t expect the current Ghanaian traditional and political leaders to not support Commonwealth because they have been conditioned to think that Commonwealth is to the benefit of Ghana when in fact it is just a tool for the British to promote their economic, political, security and diplomatic interests in its former colonies. The British are happy that Ghanaians study in their institutions of higher learning. They are also happy when leading traditional leaders (Ahemfo) increasingly tout their relationship with the British establishment. These Ghanaians are used as first point of contact when Britain badly want something from Ghana. It is called Soft Power, that is using non-military means (hard power) to achieve national economic and security objectives. Many Ghanaians have not asked why President Kuffuor sold a strategic company like Ghana Telecom to the British. When the British wanted to overthrow Nkrumah for example they used the officers who had trained and studied in British military institutions to effect that action.

While Ghanaian leaders constantly brag to Ghanaians that they attended Oxford and Cambridge, they never tell the people that they are used to promote British business and other interests in Ghana to the detriment of their motherland. In the back room of influence peddling this is exactly what goes on and explains why Ghana is still the Guggisburg economy it is today.

If Commonwealth is about the welfare of all its members, one would have expected the British to share their technology with Ghana to increase agriculture and industrial output. But they have not. Why? Because Commonwealth has nothing to do with ensuring prosperity of all its members but rather a continuation of British rule through the back door.

REVENGE: A lady got pregnant by her sister’s husband who was...
55 minutes ago