The Unpredictability Of The World Is Just The Way God Intends It, Accept It And Move On 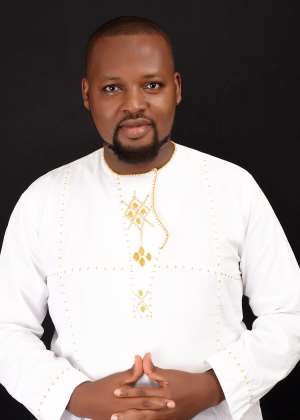 The story of Disu Kamara and his bride who had an accident on their wedding day around Atomic Junction in Greater Accra gives meaning to the unpredictability of this world. Same day, Disu became a groom and a deceased and his woman became a bride and a widow. What a world!

When I was 8 years old I used to cry to my father each time I was bullied by kids who were a bit older than me. Each time, my father would intervene and reprimand the bullies. Then one day when I came crying, he told me, "next time they hit you, don't cry, make sure you also hit them back very hard. There are tears in everyone's eyes". I remember his advice as if it was only yesterday. The old man only taught me how to survive in life. Survivor of the fittest. Each for himself, God for all.

Kofi Sarpong was one of the most successful Asante businessmen who dealt in timber business in Kumasi. A storey building he put up for his workers was/is still few yards away from my late father's storey building. Those days it was the custom for rich men to build storey buildings. Recently, Kwesi Sarpong sold his storey building and his timber tracks and saw mills and all the timber is gone. Everything that rises fades.

Mohammed (S.A.W), Moses, Job, Joseph, Hitler, Malcolm X, Aliu Bin Abu Talib, Kwame Nkrumah, etc were once upon a time like you and I. They breathed, ate, slept, bled and had worries like all of us. They were not above worldly challenges. The nature of man is that he is not a stone. He comes, he serves and he goes. Rich men die and poor men die. Men of God die and men of Satan die.

One day, we woke up to a sad news in Kumasi about the death of Ustaz Tauffic, the head of Jamat Ahlul Sunna in the Ashanti Region in a road accident. I was baffled and my faith was really shook. Serious questions kept ringing in my mind." How come such a pious man died in an accident? Didn't he pray to God to protect him from accident before the journey begun?" There was no answer to my question.

In June 2003, I informed my father that I have had an admission to study at the University of Ghana. The old man assured me that he would give me the money the following week. Lo and behold, he passed on that same week. I couldn't believe it but it happened. I never got any money and I had to hustle around throughout my first degree. This incident seriously bruised my faith in God. I was like so God couldn't allow my dad to live for just one week more? Sadly, the old man died right in front of me and his final moments always appear to me in dream. All my life I have never cried like the day my father's lifeless body was dropped in the grave. Whenever I see my dad in dream, I cry so hard in the dream telling him how desperate I wish to meet him. Then my senior brother also died in 2012 followed by a senior sister and a half sister I loved so much.

Life is full of stories. Life is full of ups and downs. God doesn't do what we wish. He simply does what He so wishes. Sometimes, you feel like giving up on prayers. It is saddening when you pray ceaselessly for something so small and yet your dream is dashed. That moment lots happen in your mind. Questions about the existence of God. Questions about the importance of prayers etc.

Few weeks ago, brother Iddriss Sajjad Toppoh died of cancer. An up and coming young man who performed the sacred pilgrimage to Mecca and hosted an Islamic talk Show on Praise Tv. He was the envy in town. I couldn't believe it when his lifeless body was being put inside the grave. Few weeks before his demise I met him in his office at Madina Firestone. My last words to him was "this could be the last time we are meeting". Indeed, it was our last. It dawned on me that one day I would also be laid in a grave. The day I had a motor accident, I thought I was dead or going to die. I recall saying "there is only One God". I touched my arms, my head and my chest to see if I was still alive. Until then I had never fallen so heavily on the ground as much as that day. Surviving that accident was like being born again. My wife later told me at the hospital that I was one person who always prayed against accidents but God caused an accident to happen to me as a trial perhaps. What doesn't kill you, strengthen you.

Who is God at all? One who is blamed and praised both for our blessings and our predicaments? Why can't God kill Satan and spare us temptations and suffering? Does God really exist? Why can't God give us all we ask for right here instead of paradise? Why is it so difficult for God to grant a simple wish? Why is it that God take the lives of innocent people and children. What was their crime?

God is indeed unpredictable. He causes the sun to rise and falls. He gives life and takes life. He causes suffering and cures suffering. To God this world is like a movie and He is its Author and Director. Whatever happens in the movie happens according to the directives of the director. We enjoy ourselves while watching a beautiful movie. God also enjoys Himself while watching happenings in this world. All that happens to us in this life is a trial, whether good or bad. May God give us understanding.