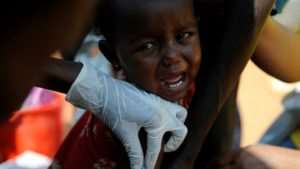 Modern medicine in combination with pharmacy [panacea] and all its other branches of medicine, is western dark art, black magic, witchcraft and religion. And the reason modern doctors can’t cure most diseases but basically manage them is because modern medicine was never really devised to heal but to spread disease, cause unhappiness, bring death and raise huge reward for those doing the work of spreading and treating disease so that they keep the vicious evil-for-money cycle going.

Suffice to say, you will see some semblance of success in treatment here and there for people not to lose total confidence in the money churning system, otherwise how would the warlocks, witches and agents make their money? But, have you ever wondered why it’s called treatment and not cure or healing? Nevertheless, it’s important to keep in mind that most of sicknesses that are treated, never existed before the system existed and they were introduced by the system for its own sustenance. So it’s a case of the snake eating it’s own tail, and remember, witches do remove their own curses now and again, just for control.

So, how does something that is supposed to cure and in some cases seems to cause disease or create disease? By:

Modern medicine creates sickness through diagnosis and naming of diseases:

The first thing a doctor must do when encountering a patient is to diagnose the cause of the symptoms in a patient and name the cause or illness. Now, according to Greek mythology [spirituality] where modern medicine emanates, diagnosing is actually the process of bestowing a sickness [a spirit/demon] to a symptom on a person, through the help of the arch-demon of sickness known as Nosisi.

So in essence, the process goes like this: a demon gives you symptoms(a knock on the door), you go to the doctor (you open the door), doctor gives you diagnosis, doctor names your sickness (introduction to demon), you accept and you then have the sickness (you have invited the sickness to stay), sometimes for a short time, a lifetime or unto death.

For those who doubt what I’m saying, how many times have you heard of a person who got a diagnosis and they refused to accept it and subsequently they never had the symptoms again or the disease?

Now for a bit of history: Asclepius, Apollo and Mercury, gods [demons] of modern medicine are also the demons of taking people into the afterlife [or into hell] through the curse of nosisi [spirit of sickness]. While Mercury is also the god/demon of commerce or making money, which is why medicine is also linked with riches for doctors, medical insurance and pharmacy (panacea). It’s because of these gods taking people into the afterlife, why medicine is linked with the pathology service that has to certify death and cut you up to ensure that you are dead…but that’s now another subject.

After diagnosis then comes treatment as the next step to the medical process and most treatment in medicine is chemical, pharmaceutical treatment, that entails administering man made, unnatural, toxic, acidic chemicals -poisons in other words- into an alkaline body. Doesn’t this sound like Harry Potter? It also sometimes includes radiation and invasive surgery, all of which are toxic and intrusive to the body. These were never practiced in traditional healing which had better results for centuries.

So how do we expect people who practice witchcraft for money to cure people? A lot of modern doctors practice medicine without realizing that they are practicing a spiritual dark art or witchcraft but they do all the same.

Most black doctors chose to be “modern” western style doctors and not traditional African healers, yet western medicine is traditional western witchcraft. So our doctors left healing for witchcraft, how then do we expect to heal people with witchcraft?

Doctors think they are healing with science without understanding that their craft is actually a spiritual art. Medicine, whether in Africa, Europe or Asia is a spiritual undertaking, hence the father of modern medicine Hippocrates was a practicing member of the religion of Asclepius, where he learnt the art of healing in the temple of Asclepius. However, western medicine has removed the spiritual component to reduce knowledge and understanding.

Doctors expect to remove sickness with chemicals, yet sickness is Spirit brought about by demons [nosisi], with a few illnesses being caused by deficiencies or dis-eases caused by pathogens, toxins in the environment, poisons, contamination and chemicals which they contribute to. All of which can be cured by the right spiritual intervention, food, plants and mental well being.

Modern doctors hope to heal with chemicals and acids when the human body is alkaline, so they are basically poisoning the body and hoping for health which is counter intuitive.

So in light of the above, is it not clear why modern medicine is failing to heal?

Edward Mitole is a senior political analyst of GPAN and the founder of African Renaissance project, he is the candidate for Doctor of Philosophy of Developmental studies at University of Pretoria.