Who Killed Saudi Journalist Khashoggi And Where Is His Body? 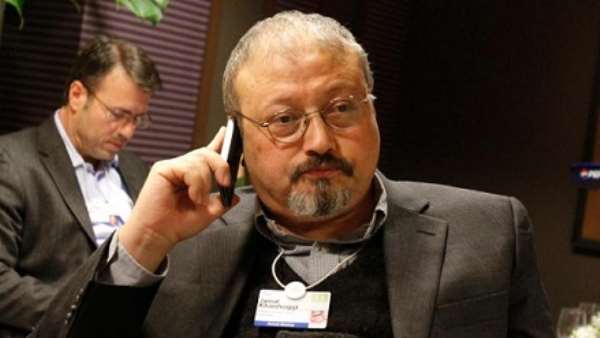 One can never acknowledge the fact of how dangerous being a hardcore fearless journalist is until you read about the assassinations or killings of journalists, such as the story of journalist Jamal Khashoggi.

On October 2, 2018, journalist Jamal Khashoggi, 59, entered the Saudi consulate in Istanbul, to obtain necessary documents to enable him to marry his Turkish fiancée, Hatice Centgiz.

Khashoggi’s girlfriend, Hatice, went with him but she decides to wait for him outside the consulate but roughly about 11 hours when Khashoggi never came out she suspected that something has gone wrong. There she raised the alarm.

Who is Jamal Khashoggi and why many are accusing the Saudi Crown Prince Mohammed bin Salmon of responsible for the death of the journalist?

Jamal Khashoggi is a Saudi journalist, who once interviewed Osama Bin Laden in the eighties. He who wrote for The Washington Post’s global opinion section was often critical of the Saudi government.

He was banned in the country (Saudi) two years ago, from writing, appearing on television and attending conferences in the country.

A ban everyone knew wasn’t because of his criticism of the Saudi government but because of President Donald Trump, who has business ties with the Saudi Arabian Court for more than two decades.

For example, in the year 1991, Donald Trump sold his 282-foot yacht named “The Trump Princess,” to a Saudi billionaire for twenty million dollars.

After the disappearance of the journalist, the Saudi authorities, including the crown prince had previously said that the journalist walked out of the consulate but that can’t be true.

After all, monitoring camera released shows when the Khashoggi was entering the consulate but didn’t come out. Above all, his fiancée who was waiting outside didn’t see the journalist coming out.

After the Turkish media reports have an audio of the alleged murder and the condemnation of the German Chancellor, Angela Merkel, over the senseless killing, the Saudi government now admits Jamal Khashoggi was killed in a fight which occurred in the Saudi consulate.

From every angle, it’s clear that Khashoggi’s death was premeditated. The Saudi authorities knew he will be coming to the consulate for those documents and therefore, planned beforehand. But the drama is yet over since his body hasn’t been found.

The Saudi government which previously denied now admits that Khashoggi had actually being killed, leading to the sacking of 5 top officials and 18 arrests, saying Khashoggi was killed in a fight at the consulate but it didn’t give any information about the fate of his body.

How will Donald Trump who believes in democracy and free speech handle this disgraceful murder plot which many people think the US government knows something about due to the distasteful comments Trump made after Khashoggi’s death?

And how will the Turkish government bring those responsible to face justice? With more than 500 killings during the last 10 years, journalism is one of the most dangerous professions in the world, according to an alert from the United Nations.