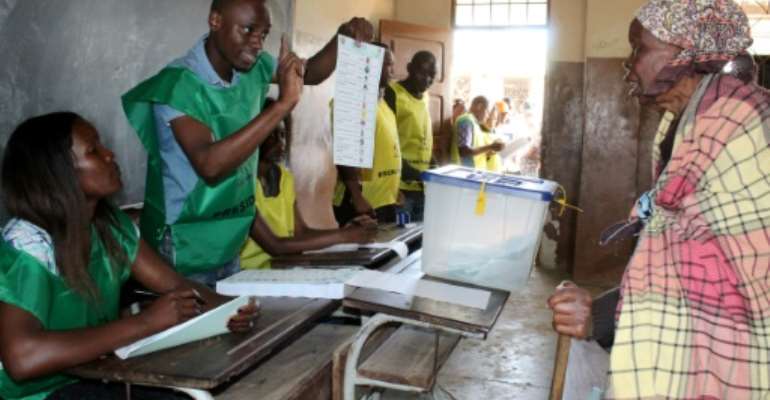 A woman prepares to cast her ballot for Mozambique's local elections at a polling station in the capital Maputo. By Roberto MATCHISSA (AFP)

Mozambique held local elections on Wednesday that could expose cracks in the country's peace process after the ruling Frelimo party was accused of violence and intimidation during the run-up to the vote.

The 13-day election campaign, which ended at the weekend, was marked by several clashes between rival party supporters.

"The elections are happening and they are the result of the sacrifices of all the Mozambican people," President Filipe Nyusi told reporters after voting in the capital Maputo.

The main opposition Renamo party, which has maintained an armed wing since the end of the country's civil war, is running in the municipal vote for the first time in 10 years.

Renamo fought a brutal 16-year civil war against the Frelimo government that left one million people dead before fighting ended in 1992.

Fresh violence erupted in 2013 between Renamo rebels and government troops, raising fears of a return to civil war, but the party declared a truce in 2016 and opened fresh peace talks.

Voters lined up in long queues outside ballot stations from early Wednesday morning, with results due on Thursday.

"I arrived at 5:00 am and only managed to vote at 9:00 am. The queues were disorganised but I am happy to have been able to exercise my right to vote," said Ana Beatriz, a voter in Maputo.

Renamo is hoping for a breakthrough in the local polls ahead of next year's general election. 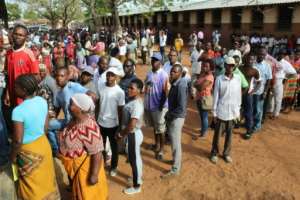 Voters lined up in long queues outside ballot stations from early Wednesday morning, with results due on Thursday. By Roberto MATCHISSA (AFP)

"These landmark local elections will test the success of decentralisation measures agreed with the armed opposition and will act as an important political bellwether," the London-based EXX risk consultancy said in a note.

"The rewards at hand have rendered the political climate in Mozambique both tense and volatile, as highlighted by a series of violent incidents in the pre-election period."

Renamo supporters say they have faced intimidation and assaults during the campaign.

"Our members and sympathisers are asking for the party's leadership (to) intervene in their defence since the police do nothing," Renamo's acting leader Ossufo Momade said last week.

The vote was held in Mozambique's 53 municipalities, 49 of which are currently governed by Frelimo. 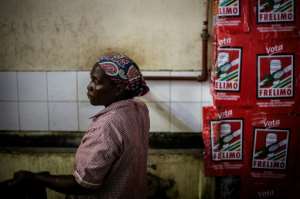 Local elections in Mozambique will be held in the country's 53 municipalities, 49 of which are currently governed by the ruling Frelimo party.. By GIANLUIGI GUERCIA (AFP/File)

The four other municipalities -- among them the cities of Beira, Nampula and Quelimane -- were won by the second opposition MDM party in the last elections.

Parliament approved new electoral laws in July that means that a simple or relative majority is sufficient for a candidate to win election.

Previously, an absolute majority of over 50 percent of votes was needed. The new laws could split the opposition vote.

President Nyusi and Momade have recently made progress on the disarmament and integration of former Renamo rebels into the police and army -- a key sticking point in the peace talks.

As well as the internal political tensions, Mozambique has been rocked over the last year by the emergence of an Islamist insurgency in the northern province of Cabo Delgado, which has rich offshore gas deposits.

Scores of civilians and police have been killed in militant assaults despite a security crackdown.