The Incidence Of Conflicts In Northern Ghana: A Contributory Factor To Our Underdevelopment 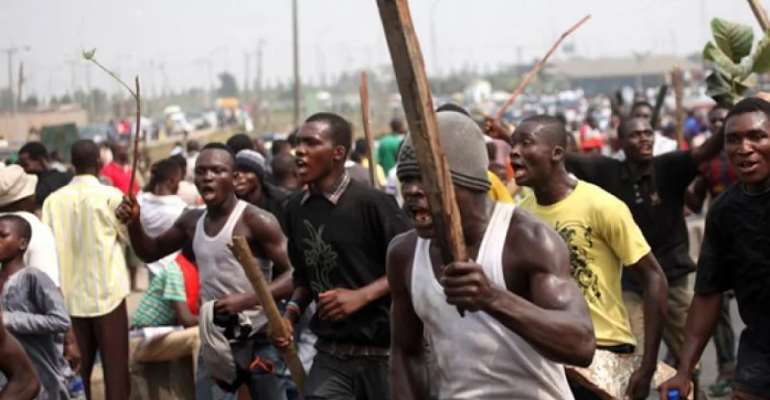 It is no mean a fact that Northern Ghana lags behind in all aspects of human development relative to Southern Ghana. By Northern Ghana, I refer to the three administrative regions of Northern region, Upper East region and Upper West region. Comparatively, these three administrative regions are the least developed as indicated by all indicators of human development: there is the presence of high illiteracy rate, poverty level is still endemic, road infrastructure is poor and deplorable, telephone and postal services is virtually absent in major towns, poorly equipped health centers and hospitals, limited or absence of potable water supply etc.

Though, Ghana has enjoyed some relative peace since time immemorial, pockets of violence, threats and tensions have been recorded in some towns and villages. The Northern Ghana in particular has witnessed several protracted conflicts. These conflicts are in the area of ownership of land, quest for autonomy by some tribes, chieftaincy, location of a district capital or a government project etc. According to Brukum in his work ‘’Ethnic Conflicts in Northern Ghana, 1980-1999: An Appraisal, the Northern region of Ghana alone has had over 20 ethnic conflicts since 1980. In fact, there is no gainsaying that the whole of Northern Ghana is engulfed with conflicts. In Northern region for instance, record have been taken of the 1994 ‘’Guinea Fowl war’’ fought between the Konkombas on one side against the Nanumba, Gonja and Dagomba ethnic groups, the 1981 ‘’Pito War’’ between the Nanumba and Konkomba, the 1994 Wasipe- Yazori chieftaincy problem, the 1980s Gonja- Vagla Tuna conflict, the Bimbilla skin affairs, the Buipe chieftaincy affair, the Dagbon crisis, the several clashes between the Bimobas and Konkombas, the 1991 Nawuri- Gonja war and the recent clashes between the Tampulmas and the Gonjas in the Wasipe traditional area.

In the numerous violent conflicts that engulfed Northern Ghana the major war strategy of the combatants involves the destruction of farms and buildings of the opponents. A paper for the Centre for Research on Inequality, Human Security and Ethnicity dated February, 2017 by Julia Johnson, doctoral research student at the University of Oxford stated that in the 1994 Guinea Fowl war, 441 villages were destroyed, 178,000 people displaced and at least 2, 000 people lost their lives. In their work, ‘’The Cost of Inter- Ethnic Conflicts in Ghana’s Northern Region: The Case of Nawuri-Gonja Conflicts’’, Emmanuel Debrah et al stated that evaluation of the losses from the Nawuri- Gonja war in monetary terms has been estimated to be a whooping six hundred thousand Ghana Cedis, the equivalent of three hundred thousand dollars, using the 1994 exchange rate.

That same report stated that by the close of 1995 the Guinea Fowl War had claimed over 2,000 lives, displaced 230,000 people and over 500 villages were destroyed. To quell the conflicts, the central government mostly imposed curfews and in severe circumstance, declared a state of emergency in those areas. On February 10, 1994, the government of Ghana issued a State of Emergency in seven districts of Northern region (Yendi, Nanumba North and South, Gushiegu/Karaga, Saboba/Chereponi, East Gonja, Zabzugu/ Tatale and the town of Tamale) when the Guinea Fowl was intense. Within this period of the State of Emergency which lasted for almost four years, all activities and movements of human no matter the time was curtailed. It was further extended for a month on July 8, 1994. The government also imposed curfew in Bawku, Tamale, Buipe, Bimbilla, and Gushiegu and other areas of the North when violent conflicts erupted. Within these periods, businesses collapsed and profit margins were reduced thereby intensifying the poverty levels and underdevelopment of Northern Ghana.

This is because people could not embark upon economic activities and existing business firms and enterprises were burnt in the course of the conflicts. The general insecurity and lawlessness that characterized these conflicts led to a profound reduction in foreign investor confidence within the periods of conflicts. Tamale, the capital of northern region was found in a survey by the British Broadcasting Corporation(BBC) to be the fastest growing town in West Africa. It lost those accolade after the Guinea fowl and the Yendi crisis because it was no longer a safe haven for investors. Another devastating effect of conflicts in the Northern Ghana is the fact that government diverts its attention from tackling pressing national issues relating to development to restoring peace and order.

The government spends huge sums of the nation’s meager resources to maintaining peace and stability and to provide relief to victims of conflicts. In the work of John Kusmi, Julius Fobil, Raymond Atuguba, Isabella Erawoc and Franklin Oduro titled, ‘’Conflicts in Northern Ghana: A Mirror of Answers to Sub-Regional Stability and Security Questions’’, it is explicitly stated that in the 1994 conflict that engulfed seven districts in Northern region, the government spent over 6 billion Cedis to provide relief to conflict victims and internally displaced people. It further stated that government spent 0.46 billion Cedis on Upper East Conflicts. The Municipal Chief Executive of the Bawku Municipal Assembly and chairman of the Bawku Municipal Security Committee (MUSEC) in 2015, Mr. Issaku Musah during the re-inauguration of the Bawku Inter- Ethnic Peace Committee at Bawku lamented that the Bawku Municipal Assembly spent an average of 20,000 Ghana Cedis monthly on peacekeeping operations and conflict resolutions in Bawku.

The minister of Defence and the acting minister of interior in the Kuffour administration, Dr Addo Kuffour when interacting with students of the Nyankpala campus of the University for Development Studies in 2003 intimated that the government spent seven billion cedis(US $9M) IN 2002 to maintain peace in Dagbon. According to him, the money was used to feed security forces deployed to the area and provision of logistics to the troops. Can one imagine the schools, roads, health centers and other social amenities and physical infrastructural facilities that could be provided with these sums of money spent on conflicts? Your imagination is good as mine.

Inside Politics: Political Quotes
Catch up with all the political quotes from our politicians.
Sponsored
More Opinion
Modern Ghana Links
We Must Protect Our Democracy (1)
Nana Akufo-Addo Must Be Studied In Our Schools
Strong institution, pence and the rape of democracy
Abugri writes: Is the court no longer a safe place for redress?
Napo: Medical Doctor Who Made History As Education Minister
The President knows too well those who can help the party and government to succeed
Why Is Carlos Ahenkorah The Target?
No finance minister has served two terms in the Fourth Republic of Ghana: Would Ken Ofori Atta break the jinx?
Edward Gordon, UCC SRC Presidential Candidate writes: Partnering Nduom School of Business is a progressive move—UCC management deserves commendation
Election Reports Quotes Dossiers
TOP STORIES

Covid-19: Ghana not part of countries banned by Netherlands ...
53 minutes ago