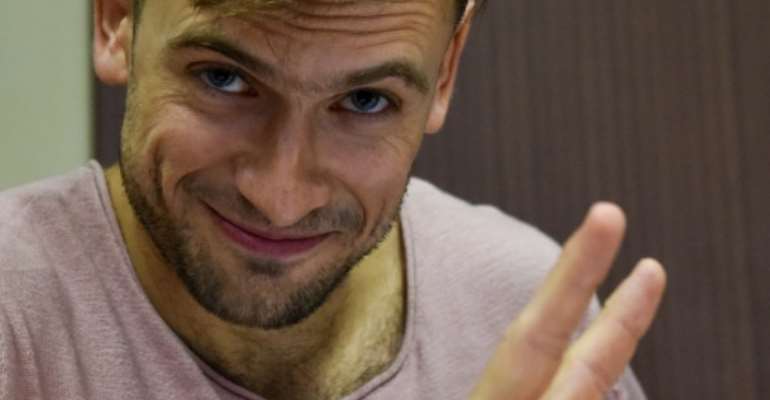 Russian punk group Pussy Riot on Wednesday linked the suspected poisoning of member Pyotr Verzilov with his attempt to investigate the deaths of three Russian journalists in Africa.

The journalists were shot dead on July 30 in the Central African Republic (CAR) while probing a shadowy Russian mercenary group for a project founded by Kremlin foe Mikhail Khodorkovsky.

"We think that (Verzilov's involvement in the inquiry) is one of the possible scenarios because Petya could be of interest to Russian secret services or state structures including in the Central African Republic," she said, using a shorter version of his name.

Verzilov, who has both Canadian and Russian citizenship, was admitted to a Moscow clinic on September 11 following a court hearing, with symptoms including vison loss and disorientation.

He was flown to Germany on Saturday by the Cinema for Peace Foundation NGO. Doctors say he is now out of danger.

Tolokonnikova has already commented that Verzilov's illness was probably the result of an "assassination attempt".

Verzilov, who works for the Mediazona news site that focuses on courts and prisons, was making a film with one of those killed in Africa, acclaimed documentary director Alexander Rastorguyev.

Tolokonnikova told Dozhd that Verzilov's cell phone showed he had received a report on September 10 from a CAR contact who was investigating the journalists' deaths.

Tolokonnikova said Verzilov had told her he expected "sensational information". 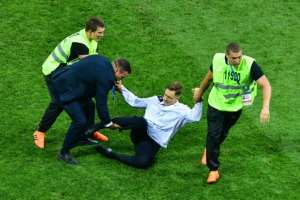 Only Verzilov knew the password to access the report, and he was still "in a quite unstable condition," she said.

A doctor treating Verzilov at Berlin's Charite hospital said Tuesday it was "highly plausible that it was a case of poisoning."

Tolokonnikova told Dozhd that she and other people close to Verzilov thought he might also have been poisoned for taking part in a pitch invasion at the World Cup final in Moscow to protest against police abuses.

That action "possibly upset many" people, she said.