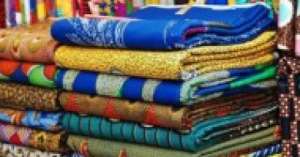 The Coalition of Textile Workers in Ghana has revealed that the Akosombo Textile Limited (ATL) has dismissed about 200 workers while the remaining staff has not been paid for the past four months.

The spokesperson for the Coalition John Kofi Abeka told Accra FM that all efforts to get the salary arrears paid have been futile.

'200 workers at Akosombo Textiles have been laid off because piracy is killing the sale of the textiles industry; the rest of the workers have also not been paid for the past four months.'

The Coalition is, therefore, appealing to the government to intervene in this situation.

Mr Abeka said following their numerous complaints of piracy, the government drew a roadmap that was expected to be implemented in September 2018.

As the timeline got closer, the government told the textile workers in a meeting that the implementation of the roadmap had been postponed to October 15, 2018.

Mr Abeka said the postponement showed a lack of unwillingness on the part of the government to deal with the piracy menace that, according to him, is killing the local textile companies.

'We are in Ghana but we are working for the economies of China and other countries due to piracy, this is a huge problem that the government must deal with. We do not plan to hit the streets to protest, all we want is the implementation of the roadmap given by the government to deal with piracy.'

'The initial date they gave for the commencement was September 2018 but they have told us that it has been shifted to 15th October. We don't understand why this action cannot be taken immediately because the piracy is killing our businesses,' he added.