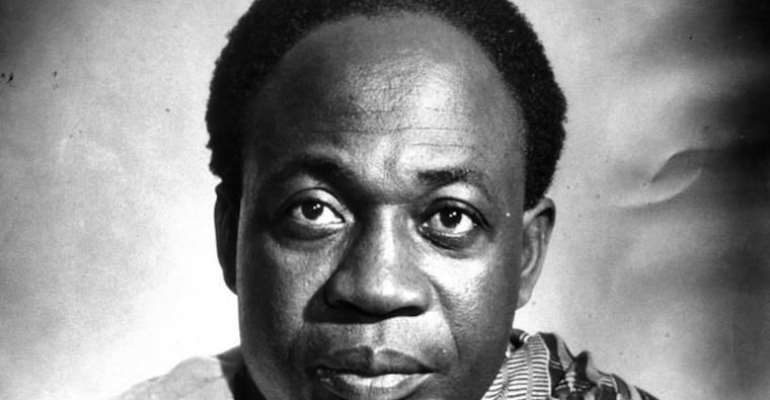 In Ghana, September is going to be a very busy and exnihilating month, that is if you belong to the increasing numbers of Kwame Nkrumah ‘devotees.

Pan Africanists and believers of Nkrumah’s dream of a vibrant socialist Ghana will celebrate September 21st, 29018 with a series of events to commemorate his birth. More than this, it is also an attempt to rekindle the dreams of Ghana’s founding father and global icon.

More than that, the right wing, neoliberal NPP and its foreign supporters tried to portray Kwame Nkrumah as almost second to Dr. J B Danquah, their icon. The debate continues.

The comments arising from this, and the associated attempt to re write Ghana’s history has woken up sleeping supporters of the vision of Osagyefo Dr. Kwame Nkrumah. The debate a bout Nkrumah was also a debate about the future of Ghana.

Some political organizations on the left of Ghana’s divided political terrain have always celebrated Nkrumah’s birthday as a milestone in Ghana’s history.

The People’s Democratic Movement (PDM), Socialist Forum of Ghana (SFG), the Conventions Peoples Party (CPP), the Accra based Pan African Institute, among many others have been champions of Kwame Nkrumah’s agenda for post-colonial development in Africa. In the media field, the Accra based Public Agenda has been vociferous in defense of Nkrumah’s record. So, what has changed?

From September – December 2018, numerous events have been planned to celebrate Nkrumah’s birthday, Pan Africanism, and the rejuvenation o the whole Nkrumah debate in Ghana. The numerus and diverse groups involved in the 2018 events is what is different.

The first of these events is a one-day conference at the College of Physicians by ‘senior Nkrumaist’ on September 18, 2018. The conference will discuss “ways and means for joint efforts of all Nkrumaists.” This will be followed by a Pan African Conference starting from September 21- 23 in Winneba, the birthplace of Kwame Nkrumah’s Convention Peoples Party (CPP).

This Pan African Conference is organised locally with the help of various Pan African organisations, mass movement, and groups like the Rastafarian organisation. It will host 300 participants, from Africa including youth, workers and socialist movements to review the journey of Pan Africanism so far, and Nkrumah’s dream of a vibrant, unified and progressive Africa defending the sovereignty and rights of Africa.

While others gather in Winneba, a Diaspora based group called “Concerned Nkrumaists of North Africa” (CNNA) also organising a Pan Nkrumaist Convention on It will thorny issue of Nkrumah’s relevance in today’s Ghana. It is therefore appropriately themed “Is there place for Nkrumah’s ideas in Ghana today”.

The purpose of this gathering is to “discuss ways and means for joint efforts of all Nkrumaists groups for the way forward”. This conference also takes place between September 20-21 in Accra. Speakers to this event includes Dr. Benjamin Anyagre of the Kwame Nkrumah Ideological Institute, Dr. Nicholas Atampugre of the Social Justice Centre, Prof. Raymond Osei, Prof. Ivan Addae Mensah, amongst others.

Similar events are also taking place in Cape Coast University and other localities. These events have been preceded by a Convention of Socialist in the Upper East Region in August 2018. This Convention was organised by Dr. Nicholas Atampugre and Nyeya Yen and other long term committed activists of the left in Ghana.

This year will also see the gathering of the Pan African Federalist Movement (PAFM) holding a Convention in Ghana. The group has already held regional meetings in Dakar, Nigeria, and other places. In December 2018, the Institute of African Studies in Legon will also celebrate 60 years of the All Africa Peoples Conference in Accra. This Conference, held in 1965 was the first gathering of African states after Ghana’s independence. This was attended by representatives of anti-colonial movements and the few independent African states.

Undoubtedly, Pan Africanism is inextricably linked with political debates in Ghana and Africa. The relevance of Kwame Nkrumah and by implication, other pan African leaders like Julius Nyerere, Obafeimi Awolowo, Sekou Toure, Jomo Kenyatta and others, will always loom large in any debate about Africa’s continued quest for transition from neocolonialism to independent states of our choosing. The relevance of pan Africanism has never been greater.

On the wider African scale, pan Africanism is also seeing a massive resurgence especially among the youth of Africa. because there has never been a right-wing alternative to the Pan African project.

The Pan African project suffered a severe setback after the overthrow of Kwame Nkrumah in 1966, followed by serious reversals of Nkrumah’s industrialisation and his efforts to help with the wider African liberation project.

The fall of communism further helped to weak the pan African project and pan Africanism in general. Attempts were made by the 6th and 7th Pan African Congresses to revitalise the Movement, and make it relevant. This came in the heel of the transformation of the Organisation of African Union (OAU) into the current Africa Union (AU).

These efforts suffered immense sabotage from western nations, for whom a United Africa has always been a problem to them. As Samir Nkrumah pointed out in a recent interview: “They were saying that we cannot tackle economic integration and other forms of unity without political unity to guide us. That we need to make that extra sacrifice, and agree to surrender a little of our sovereignty for a union government of Africa.”

This is a weak argument. African cannot and should never contemplate surrendering its sovereignty for any reason. In spite of all these tremendous challenges, the Africa Union is making tremendous efforts aimed at both economic and political integration. For leading Pan Africanists and adherents of the African Unity project, this is slow. However, some steps are being taken both aimed at reforming the Africa Union and at economic integration.

Much of the slow advance towards African unity and pan Africanism is due mainly to sabotage from Western and former colonial powers. For instance, the ex-President of Ghana, John Dramani Mahama, the 2018 Chair of the Tana Forum, noted that there were “efforts from outside the continent to thwart African independence leaders”. In a powerful repose, he said: “If you read the declassified documents of the CIA, you see the extent of sabotage that was launched against these leaders. It’s something we need to look at. … The “external meddling” nowadays was subtler.” In spite of this, the march towards Unity and for pan Africanism continues.

One event in March 2018, exemplifies this. In March 2018, 44 out of the 55 AU member states signed the African Continental Free Trade Agreement. This was aimed at helping Africa inch closer to realising the economic integration project. This has been in the making or several decades, beginning from the Lagos Plan of Action for the Economic Development of Africa in 1980. The initiator of this Plan, Professor Adedeji did not live to see its implementation.

Both the Africa union and Pan Africanism are political projects. For both therefore ideology remains central to an understanding of both concepts, and in their practice. As one activist noted: “Ideology is a really important part of any political project, and the AU is a political project.” However, there is some concern that Pan Africanism has not been allow to flower in its own way to produce a vibrant Africa where the youth can lead the struggle for change.

The Kenyan activist, Nyabola said that although Pan-Africanism is a good ideology “in its purest sense”. Pan Africanism remains one of the strongest bonds holding Africans together. There are elements of Pan Africanism in today’s trade unions, student movements, non-governmental and non-state actors, farmers and peasant organisations, are building linkages and beginning to understand the need for unity. This is what the 2018 Accra Conference seeks to achieve.

Recent meetings are not just about Kwame Nkrumah but also about raising awareness of “how Pan-Africanism could benefit the continent socially, politically and economically”. These gathering will also seek to bridge the generational gap between “post-independence leaders and hustling, tech-savvy youngsters.”

When it comes to pan Africanism, I see a little difference been the youth and the older generation. On this occasion, I share the sentiments of ex-President Olusegun Obasanjo that “Pan-Africanism is Pan-Africanism. You are either a Pan-Africanist or you’re not.”

For Ghana, this year presents an opportunity to discuss the ideas of leading Pan Africanists like Kwame Nkrumah, Jomo Kenyatta, Steve Biko, Patrice Lumumba, Gamel Nasser, Muamar Gadhafi, Thomas Sankara, Marcus Garvey and the rest. It is also about helping to change the negative narrative about Africa, improve Africa’s image in global discourse and build a core of committed Pan African youth, pioneers of the African revolution which Amilcar Cabraal, Kwame Nkrumah Sekou Toure and others championed.

Towards this new approach, the 8th Pan African Legacy Project headed by Zaya Yeebo has been distributing books written about and by African leaders to educational establishments in Ghana. The 8th Pan African Congress (PAC) was hosted by ex-President John Mahama in Accra in March 2015, and attended by the Secretariat of the Global pan African movement based in Kampala, Uganda.

“it is only through their writings that we can learn the history of Africa through those who lived it, and the sacrifices they made. Making these books available and accessible to the youth remains a key goal of Pan Africanists”, says Zaya Yeebo. T

The plethora of events is amazingly refreshing and reflects the fact that the youth of today have not abandoned the dreams of the founding fathers. However, the question is what they will translate into. In Zambia, the Socialist Party is gearing for power after its launch in August 2018. In Ghana, several groups with socialist and Pan Africanists orientation are mulling the formation of a people led political party. The People’s Democratic Movement (PDM) will be launched on September 28, 2018.

The terrain for Pan Africanism and for reviving the dreams of our founding fathers have has never been more refreshing and hopeful. If these do not translate into a continent-wide progressive push, it will be another opportunity lost.

Zaya Yeebo is a commentator oo pan African issues, Editor of Public Agenda, and a founding member of the People’s Democratic Movement, an emerging party with a Pan African, socialist orientation in Ghana.