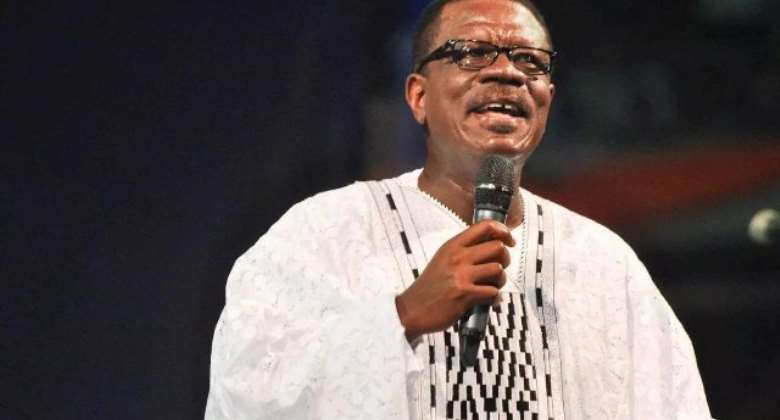 The founder and leader of the International Central Gospel Church (ICGC) cannot be indemnified from the banking mess, Dr Emmanuel Akwetey has argued.

The Executive Director of the Institute for Democratic Governance (IDEG) noted that Mensa Otabil’s statement on his role at the defunct Capital Bank after the institution went down comes nowhere close to a tenable defence.

Dr Otabil had said in a statement that he was a non-executive Board Chair of the bank, hence was not involved in the day to day running of the financial institution.

But speaking to Joy News’ Kojo Yankson in an interview aired on the Am Show Wednesday, Dr Akwetey argued that Otabil’s argument cannot exonerate him.

Dr Emmanuel Akwetey
“Whether you’re an executive director or not, you chair the Board so day to day you might not be there but you cannot be exonerated…you have to know that your name on something and if things go wrong your reputation is at stake. You have to take interest when the books come and the auditors’ report comes,” he said.

Dr Akwetey explained that there is some collateral damage on the Christian leader because although he wasn’t involved in the day to day manning of the bank, quarterly management meetings, accountability of management and policy decisions fall on him.

He also lauded the probe being conducted by the Economic and Organised Crime Office (EOCO) and other agencies and encouraged that the probe be done in “an impartial fashion and sanctions meted out to…serve as a deterrent to others”.

The governance expert however took a swipe at the Central Bank questioning whether the regulator took interest in the governance of the banks and why it failed to take immediate action when the banks were facing problems.

Dr Akwetey’s comments come in reaction to the recent banking crisis that has seen seven indigenous banks collapse in 12 months.

Capital Bank and UT Bank went down in August 2017 and a year on, BoG has created The Consolidated Bank Ghana, to take over five struggling banks.