Dear Church, Days Of Your Tax-Exempt Status May Be Numbered 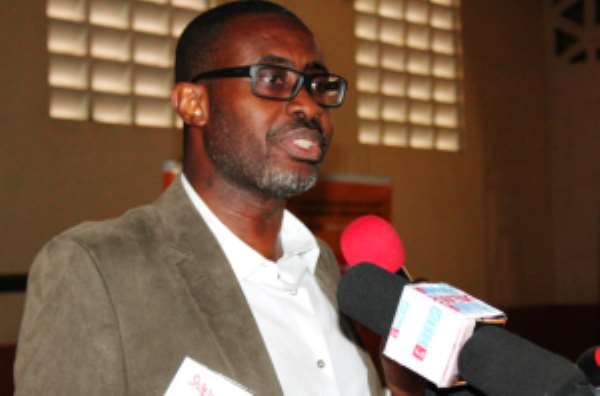 It is usual, whenever a scandal or alleged scandal breaks out or is reported concerning a church, to hear people screaming their voices hoarse that “the churches and pastors should pay tax.” I have often responded to these in a few ways. First, pastors and all church workers are required by law to pay income tax. Thus if a pastor isn't paying tax on his entire income and emoluments, the Ghana Revenue Authority should deal with it. Second, if, as alleged, pastors are squandering monies belonging to the church, which are for the most part incorporated as guarantee companies (under the Companies Act, 1963 (Act 179)) or trusts (under the Trustees (Incorporation) Act, 1962 (Act 106)), they are simply involved in stealing, and the law ought to take its course against them. Third, asking for taxation on account of stealing, seems to ridiculously suggest that once taxes are paid, the stealing is justified. Fourth, churches are required to pay tax on all business income, which does not include what people seek to target most, tithes and offerings. And, fifth, let's be fair: churches aren't the only religious organisations that exist. Wouldn't it be fair if the calls for taxation also added that shrines should be taxed on the items received for rituals?

Three years ago, Ghana passed a new Income Tax Act, 2015 (Act 896) that might just be game-changer, and it is important to understand the possibly changing tax status of churches.

The old law
Before the passage of this Income Tax Act, the governing law was Internal Revenue Act, 2000 (Act 592), which treated “religious bodies of a public character” as “exempt organisations.” Under section 10(1)(d) of that Act, the income such an organisation was expressly exempt from tax. However, this exemption was only supposed to apply if the organisation was “of a public character,” which would mean that if the organisation could be properly classified as the private venture, then it wouldn't qualify for the exempt status. Yet there didn't appear to have been a procedure for making that determination. Further, it was only non-business income (literally, tithes and offerings) of the organisation that was exempt. If the church engaged in any business activity, such as running bookshops and eateries, income from those businesses were taxable.

The 2000 Act then treated the non-business income as gifts. Although gifts were taxable under that Act, section 105 expressly exempted from gift tax, gifts received “by a religious body which uses the gift for the benefit of the public or a section of the public.” Thus it wasn't every gift that was exempt. The use to which the gift was put (i.e. public benefit) would determine whether it was a taxable gift or not. If the organisation received tithes and offering, but used them for non-public purposes, that gift would lose its exempt classification.

The fact is that IRS/GRA did not have the interest, energy and wherewithal to chase specific expenditure items to determine whether the use of them was public or private. The result was that this 'ex post facto' determination of the use of gifts made it nearly impossible to apply or operate that provision. The organisations and their incomes therefore were treated as “public” without any inquiry. Literally, they got away with it.

The new law
Enter the 2015 Act, which is reputed to be one of the tightest and strongest Income Tax Acts passed anywhere in the world. To the credit of then government, the Act was passed with so little fanfare that even some public officials were taken by surprise when they first read its contents, after it had been passed into law.

This 'new' Act recognises that the non-business income of religious organisations remains exempt from income tax. However, now there are clear rules. First, under section 97(1), to qualify for this 'charitable institution' status, organisations are required to seek and obtain the express approval of the Commissioner-General. Second, under section 97(2)(a)(ii), as amended in 2016 by Act 924, the religious institution must be “of a public nature.” The Act doesn't define the term “public nature.” I suggest that the most apposite meaning of the word “public” is that it is simply the opposite of the word “private,” so that a religious organisation that is run or treated as belonging to or for the use of one particular person or group of people only, is not “of a public nature” and would not qualify for the Commissioner-General's approval. Third, the organisation must show to the Commissioner-General, a constitution (or regulations if it is registered as a guarantee company, I guess) that bans it from (i) supporting any political party, (ii) any functions that do not accord with its status as a religious institution, and (iii) conferring any private benefit except in pursuit of its religious functions.

The Commissioner-General has the power to revoke the approval if the organisation breaches these rules. Thus, for instance, a church that uses its platform to support political party activities stands the risk of losing its tax-exempt status!

Another new provision is under section 97(6), which empowers the Finance Minister to make regulations on these matters by passing a Legislative Instrument. I therefore expect that in the coming months, such a draft LI would be prepared and presented to Parliament for enactment into law. I expect the LI to put in place clear modalities for the Commissioner-General's approval, and must 'condescend to particulars' on when and how the approval could be refused or revoked.

I just thought I would bring these matters to your attention.